Zoology covers a huge scope of jobs and specializing choices with many interesting opportunities throughout the world, and let’s see which are the 7 highest paying countries for zoology jobs.

As a biological branch which deals with the animal part of living beings, zoology is divided into a great number of fields of interest which explore many aspects of animal lives. As a zoologist, you can focus on marine zoology, herpetology (research of reptiles and amphibians), ornithology (research of birds), ethology (animal behavior researches), entomology (research of insects) and many, many more. So depending on these fields of interests, zoology jobs also differ; ranging from academic and research positions, museum curators, laboratory researches and analysis jobs, to wildlife protection/conservation, wildlife management, or jobs in zoological or marine parks. 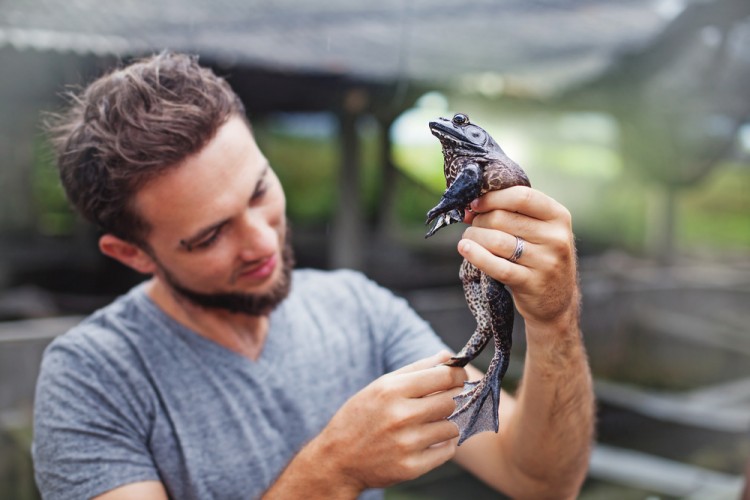 The demand for zoologists also plays the role when it comes to the highest paying countries for zoology jobs. According to Bureau of Labor and Statistics, the demand for zoologists in the period between 2012 and 2022 is projected to grow around 5% (statistics primarily for the USA). Zoologist salaries are rated in the top 60% of all career salaries in the US. Among this percentage are also veterinarians, whose annual salary is a bit higher ranked on the list, so you may also be interested in going through our list of 9 Highest-Paying Countries for Veterinarians. Highest salary figures, of course, do not reflect life standard in certain countries, because some of them, for example, Scandinavian countries have very high life standards and therefore salaries listed here do not reflect the equally high life standard quality.

We have compared annual average salaries for zoology jobs from Payscale, Indeed, Careerjet, Science Careers, Bureau of Labor and Statistics and New Scientist Jobs. When possible, we have picked average salaries for the beginning of a career, which is up to first 5 years of work and a BSc degree in any of the zoology branch. Further specialization, and more working experience, brings higher salaries. Our research started with countries with the highest life standards (like Switzerland, Germany, UAE…), because, reasonably, they offer highest salaries especially for highly educated specialists. Going through zoology careers we indeed found good positions with high salaries in these countries, but those were mostly university research and teaching position as well as opportunities for postgraduate funded studies. Apart from those, well-paid jobs, it seems that demand and variability of zoology jobs in these countries are not too big. Some of those countries do not take place here, because the list we made takes into account the variability and abundance of job offers together with average salaries so that the average salary count could be made. And in the end, we compared those values between the countries. Let’s go through our list of the 7 highest paying countries for zoology jobs.