Every kid goes through a stage where they want to perform the cleverest magic tricks for every member of the family, and our 6 Easiest Coin Magic Tricks Ever for Kids should definitely be tried out. Magic can be stupefying, confusing and just plain amazing if pulled off with enough skill and practice. In Abracadabra The 10 Best Magicians In the World, find out all about the professional magicians.

But if you’re just a beginner looking for a few ways to spice things up around the dinner table, you should check out our list.

None of the tricks are difficult, but you should keep in mind that the more you practice, the more likely you are to produce a wow factor. If I saw a 10-year-old pass a quarter through his hand, I would be quite taken aback. 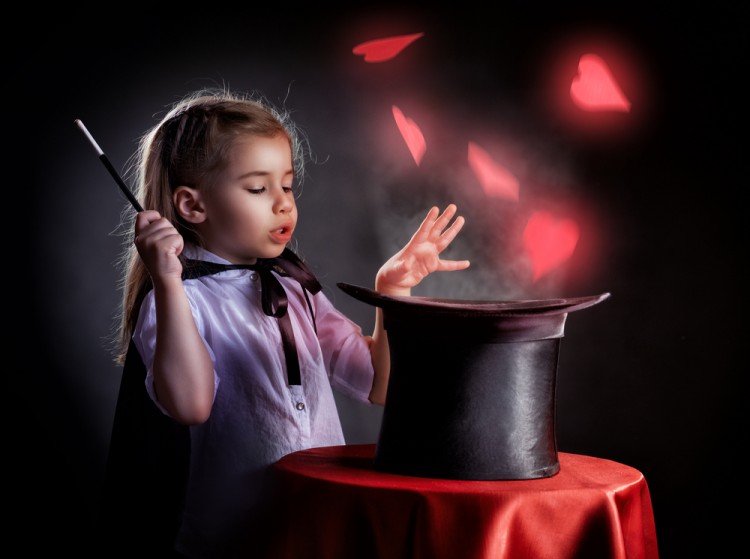 No tall hat or magic wand is required. You won’t have to drink a magic potion to receive powers, and you won’t have to pull innocent rabbits by the ears. The materials required for these tricks are simple and can be found within your own house. Most don’t require much more than a few ordinary coins. It doesn’t even matter which type of coin.

To truly determine the easiest and most effective magic tricks, we’ve contrived a points system using 7 different lists of magic tricks. They consist of two lists from sites specifically made for easy magic tricks, two typical how-to sites, two Youtube video lists made by actual kids, and one professional, adult magic site where you actually have to buy the tricks. Each type of trick received one point for how many times it appeared on each of the lists.

There are many different types of magic tricks in the world, with many variations. For instance, there are different ways to make a coin bend, whether by producing a visual illusion or by using a special type of bending coin. For this reason, for each point, we didn’t pin it down to one specific trick, but several that produce the same result (like a bent coin).

Prepare to dazzle your audience with the 6 Easiest Coin Magic Tricks Ever for Kids.