You won’t see any of the 6 biggest dump trucks in the world on the road, but just like the 11 biggest cruise ships in the world, they are memorable sight and often featured in movies and commercials.

These are the beasts that can carry hundreds of tons of material in one go and are the workhorses that make mining operations all over the world possible.  They are favorites of open mine pit industry, as they allow cheap transport of excavated material to processing plants. 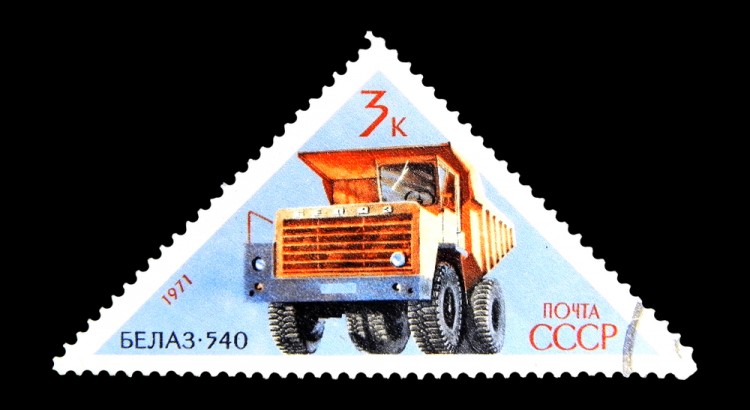 Mineral content in most of open pit mines is woefully low. For instance, in Australian biggest gold mine Fimiston Open Pit near Kalgoorlie, gold content is about 1.56 grams per ton of dirt. In 2009, Super Pit, as it is known among the miners, produced 612,000 ounces of gold. That means that miners had to shift 11,118,000 tons of dirt from the pit to the smelter in order to produce gold. Yes, you’ve read it right, more than 11 million tons every year. This mind-boggling quantity would have been impossible if it weren’t for some of the biggest dump trucks in the world.

Originally, a dump truck is any track designed to transport loose material like sand or gravel and able to dump it on the arrival by lifting its bed. The same principle is employed on the trucks from this list, but that is where similarities end.  These behemoths are known as ultra-class haul trucks. They are strictly off road machines, since no road would be able to bear their weight even when they are empty.  This presented a problem for manufacturers. How do you deliver a truck of this size if you can’t drive it on road? The solution was simple enough, if not elegant. Produce the truck in parts and deliver them to be assembled on site.

The whole thing started with Terex 33-19 “Titan” in 1973. Produced by General Motors Terex division in Canada, 33-19 was able to haul 320 metric tons and only one was ever built. It was the biggest dump truck in the world for 25 years, until Caterpillar 797 took the title in 1998, with load capacity of 330 tons. Titan was retired in 1991 due to high cost of maintenance and it was preserved as a monument, located on Highway 3 in British Columbia. Today we take a look at its offspring, the 6 biggest dump trucks in the world.

10 Best Places to Visit in Peru Before You Die
Monthly Newsletter Strategy
Download a free copy of our newsletter and see the details inside!
Hedge Fund Resource Center
Lists