If you are planning to retire in one of the countries in Asia, then our list of 6 best places to retire in South Korea is something that could interest you!

South Korea is a country on the southern half of the Korean peninsula and it is surrounded by the Sea of Japan and the Yellow Sea. Its first neighbor is North Korea, and two of them have a long history. Both of the countries were under the Chinese and Japanese rule for a long period of time. They were unified until the end of the World War II, when Cairo Declaration was signed. From then, North Korea (Democratic People’s Republic of Korea) and South Korea (Republic of Korea), are not in good political relations, mainly as a cause of the Cold War which influenced divisions all around the world. 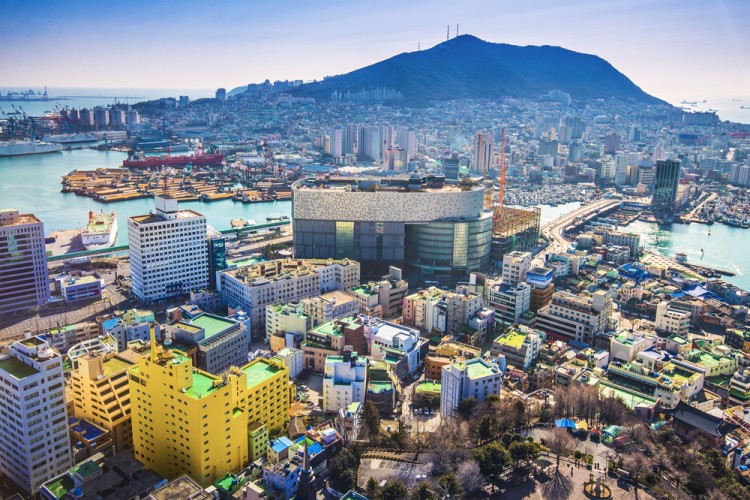 Besides long history and complicated political situation, South Korea has a growing economy mostly thanks to the production of high-tech industrial goods. Moreover, even though Korean is the main language and Japanese is broadly used, they are widely open to learning English as well. The name “Korea” originates from Goryeo, which was the name of the dynasty established by General Wang Geon in AD 918. Goryeo means “high and clear”, which refers to many beautiful mountains with its highest point being Halla-san at 6,398 feet. Halla-san is also an extinct volcano. The climate in this country is considered temperate with the highest average of 85.1˚F. It has an excellent transportation system and sometimes taxi is even cheaper than public transport. With more than 3000 little islands in the south of the country, South Korea is very interesting for traveling and exploring.

Once you are retired, all of the mentioned above could be of great significance. You wouldn’t want live in a place with extremely high or low temperatures nor you would like to be in deserted surroundings with nothing interesting to see. What’s more, if you are one of the technology gurus or businessmen you would want to know that this country has some of the world’s fastest internet connections and one of the world’s most advanced mobile phone networks. However, if you are interested in other places in Asia, you should also check our list of 10 Best Places to Retire in Thailand.

The first step in our methodology for ranking the best places to retire in South Korea was to check Nomad List‘s suggestions for best cities to live in South Korea. This search engine collects over 100,000 data points on over 1,000 cities around the world. After that, we checked each of the city that Nomad List suggested on Numbeo database. We first ranked the best locations according to each of these three key factors: cost of living (that represents monthly costs for a local, who is living cheap, renting outside the center of the city, and preparing their own food), air quality, and safety (crime rate). Then the final ranking was developed by calculating the average score for each city based on those three categories. The lowest number of pollution index means that air quality is better, and the lower number of crime index refers to a greater safety.  Score numbers go from 1 to 5, whereas the number closer to 1 indicates that city is better for retirement purposes. However, for those cities which average turned out to be the same, we gave priority to the one with the cheaper cost of living. Let’s start with our list of best places to retire in South Korea!