If you are looking for some documentaries to watch with your kids, why not try one from our list of 6 best dinosaur documentaries on Netflix, Hulu, Amazon Prime and YouTube? Everyone likes dinosaurs, so the whole family can enjoy and learn new interesting things about these magnificent creatures.

Long before we humans called Earth our home, our planet was home to dinosaurs. Although the dinosaurs inhabited the Earth 65 million years ago, we are still puzzled by them. As technology advances, we are figuring out more things about them now than ever before. One thing still remains a mystery, though, and that’s the question of how dinosaurs went extinct. There are many theories about the cause of dinosaur extinction, the leading one being that a giant meteorite crashed into Earth, causing enormous amounts of dust to rise and block the sunlight. The plants died out, leading to starvation of plant-eating dinosaurs. Without them, there was no food for carnivore dinosaurs. Although lots of scientists support this theory, to this date paleontologists didn’t recover fossils dating from the time period of a meteor impact. Because of this, there is a belief that dinosaurs may have been already extinct before the meteor struck. Other theories include that dinosaurs died because of deadly gasses from volcanic eruptions and unknown diseases. If you are into science, you may want to check out our list of 11 Best Science Documentaries on Netflix Streaming. 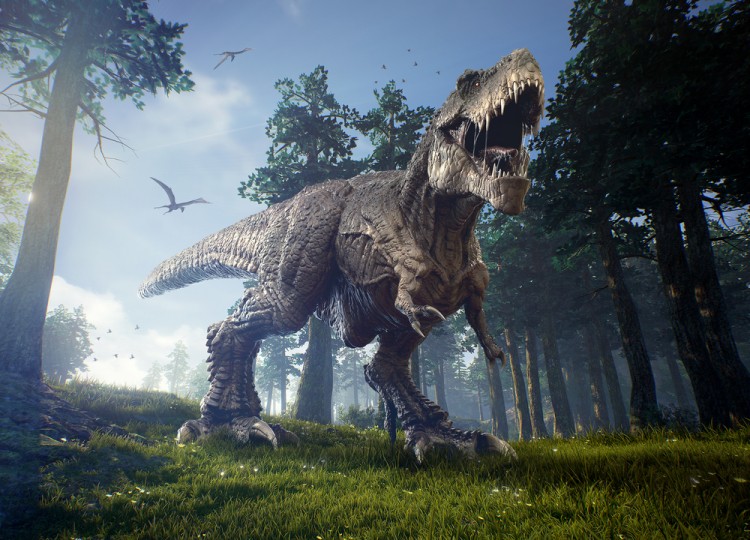 Because they are surrounded by such a mystery, dinosaurs were always a hot topic in popular culture including books, cartoons, and movies. You just need to look at the success of Jurassic World and you’ll see that people are still interested in them. The only downside of movies is that they often don’t depict dinosaurs as they were and play with facts. For example, if you would believe movies, every dinosaur was large and mean, but the truth is that many of them were the size of a chicken. This is where documentaries come in handy. If you want to watch a film about dinosaurs and get the opportunity to learn something new, you will watch a documentary. This is why we created our list of 6 best dinosaur documentaries on Netflix, Hulu, Amazon Prime and Youtube.

To compile our list, we took recommendations about best dinosaurs documentaries from I Know Dino, Scified, and Quora among others. We then checked the documentaries to see if they are available on Netflix, Hulu, Amazon Prime or Youtube. Those that were available on any of these platforms were ranked based on their IMBd rating. Let’s look at the best ones.