Would you like to know 50 crazy facts about Japan that you would probably never guess? For westerners, the Far East remains a mystery still, and the Japanese culture is no exception. When we think about that baffling nation, a number of different things come to mind: sushi, anime, kimonos, sumo, chopsticks, geisha, Tokyo, the atomic bomb, origami, samurais, weird beautiful writing, manga, rice… This country has a rich culture to offer to its visitors, and this is widely known and appreciated, but Japan also has bizarre aspects and insanely fun facts that should not be overlooked.

If you like traveling around the world and getting to know different cultures first hand; to really experience how it is to live somewhere else where traditions and customs are absolutely opposite and alien to yours, then Japan is a mandatory stop. In case you are already planning a trip to this distant beauty, you should check out What To Know About Japan Before Going: The 7 Most Insane Things that will shock and bewilder every visitor.

I’m sure you are eager to find out which are the 50 crazy facts about Japan that we have compiled for you in this list. So let’s get to it already and kick off the countdown. 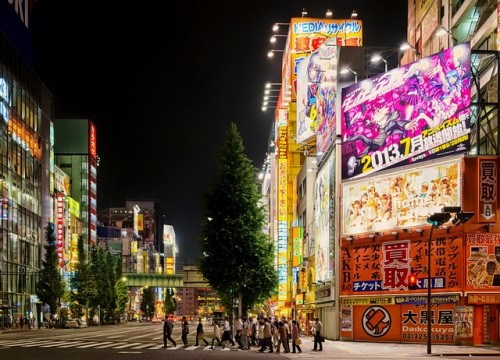 50. Late-night dancing is illegal in Japan

48. Japan has only 2 gun-related homicides a year

45. The average delay of a Japanese train is just 18 seconds

44. Square watermelons are grown in Japan

43. There are more pets than children in Japan

42. More adult diapers are sold in Japan than diapers for babies

If you thought those facts were crazy, wait until you see the remaining 40 crazy facts about Japan, with 40 to 31 on our countdown found on the next page.

Share Tweet Email
Page 1 of 9
Next >>
Related Insider Monkey Articles
The 10 Best Selling Role Playing Games of All Time for PC10 Glaring Plot Holes in The Walking Dead that a Zombie-Filled Bus Could Drive...The 5 Most OP Characters in League of Legends to Carry Games and Crush Foes...
The 10 Most Hated Television Characters of All Time10 Worst Celebrity Career Moves Ever10 States with Lowest Substance Abuse Rates in America