It’s one thing to determine the wealthiest countries ranked by financial assets, but how do you figure out which country is best at poker? By the number of casinos? Tournaments? Players? Ultimately, poker winners are determined by how many chips they cash in. So, in picking the five countries with the best poker players, we looked at how much the top five players in each country have made so far. Here’s the ranking along with some info about the two players from each country with the biggest wallets. 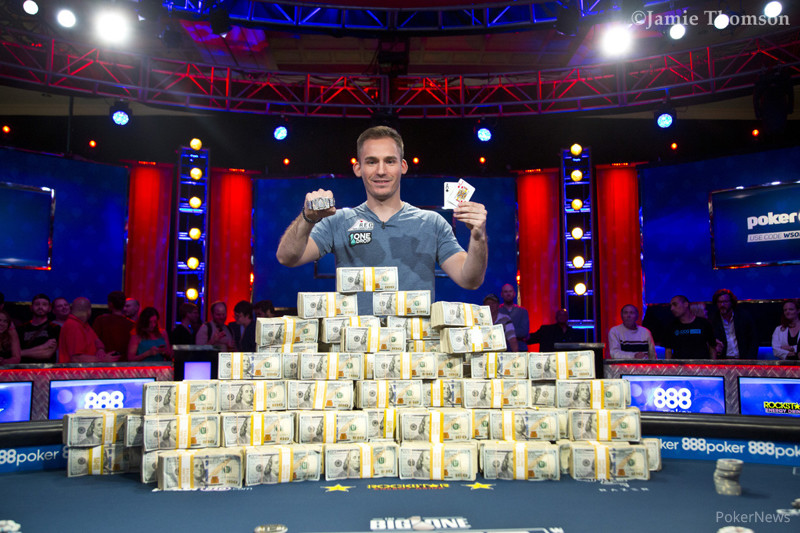 In July, Justin Bonomo won $10,000,000 from Event #78 at this year’s WSOP and ended Canadian Daniel Negreanu’s long-lasting reign as the most winning poker pro. The American began his professional poker career in 2005 when he was 19. Nine years later, Bonomo won his first WSOP bracelet and went on to win two more along with heading to the final tables 16 times. Now, 13 years after his debut, Justin has secured $43 million, with this year’s WSOP triumph being his best live cash game ever.

Another name worth mentioning is that of Doyle Brunson. The Texan debuted on the professional poker scene in 1972 and shares the second place for most WSOP bracelets won — 10 — with Johnny Chan. Indeed, Brunson is a WSOP veteran, finishing third in the 1972 edition of the tournament, which marked the first time that the Series’ Main Event was played by the rules of Texas Hold ‘em. The 85-years-old Brunson enjoys iconic status among the poker community and is a Hall of Fame member. In June of this year, Brunson announced that he’s retiring from the game, leaving behind the legacy of the “Doyle Brunson hand” — 10-2. 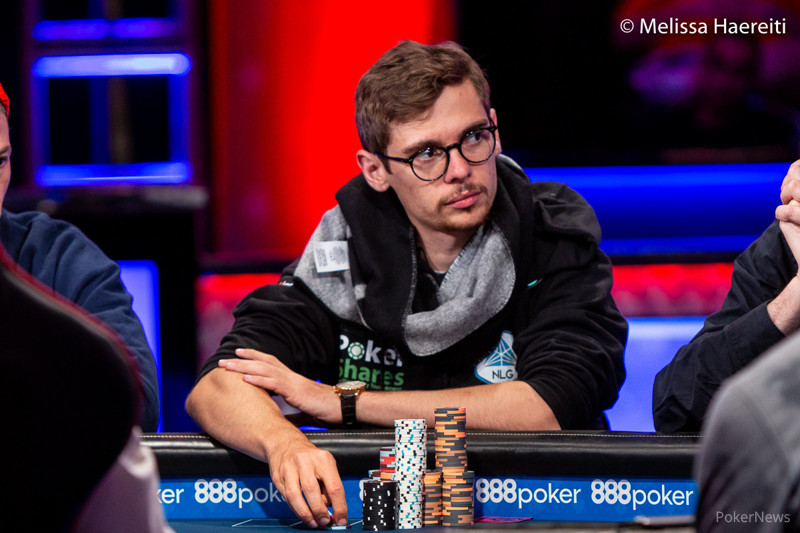 Image Credit: Pokernews.com With $32.5 million in the bank, Fedor Holz is Germany’s richest poker pro and #4 in the world.

Since his 2012 debut, Fedor Holz has made a whopping $32.5 million from poker, topping Germany’s list with close to double the amount won by the second in ranking. In 2013, Holz already won $45,000 from a tournament in Monte Carlo, and two years later, he made his first two big wins of close to $400,000 each. In 2015, Holz made his first million from a single win and a year later, won a WSOP bracelet. A second-place win in this year’s Event #78 of the WSOP resulted in Holz’s largest live cash win to date — $6,000,000 million.

A year after Holz, the second-richest German poker pro Christoph Vogelsang also began his career. He debuted with a bang, finishing third at a UKIPT event, which brought him $620,000. In 2016, Vogelsang won $6,000,000 from a Las Vegas tournament, and since then, he went on to make two more cash-ins over million dollars. 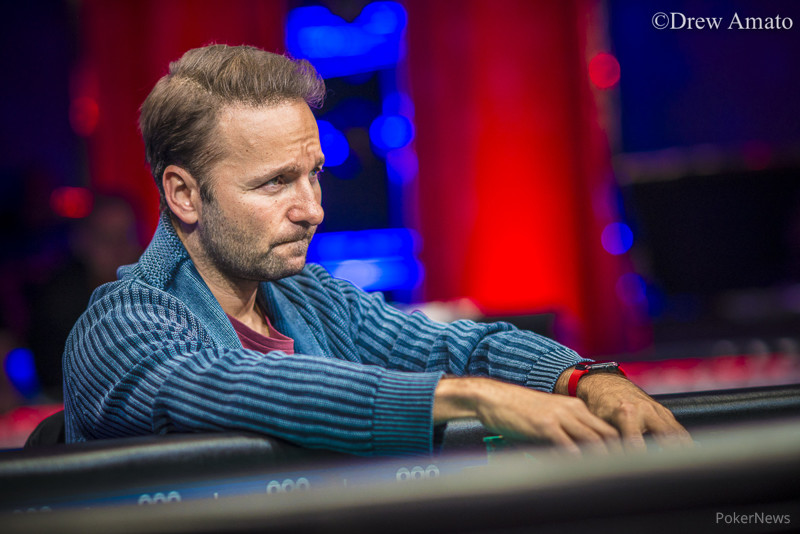 Image Credit: Pokernews.com Up until July, Daniel Negreanu was the leader of the All Time Money List

As the son of Romanian immigrants, Canadian Daniel Negreanu spent his youth playing pool and cards for money. In 1997, he debuted in the Orleans Poker Tournament in Las Vegas and quickly rose as one of the biggest names in poker history. By 1999, he was already seventh on the All Time Money List and in 2014, was inducted in the Poker Hall of Fame. Negreanu has won six WSOP bracelets and two WPTs and up until recently, held the first place on the All Time Money list.

The second most winning Canadian Jonathan Duhamel has played professionally since 2006 but has already accumulated $18 million in winnings. In 2010, he even topped the year’s All Time Money List after winning the Main Event at the WSOP 2010 with $9,000,000. So far, Duhamel has won three WSOP bracelets and is fourth on the WSOP All Time Money List. 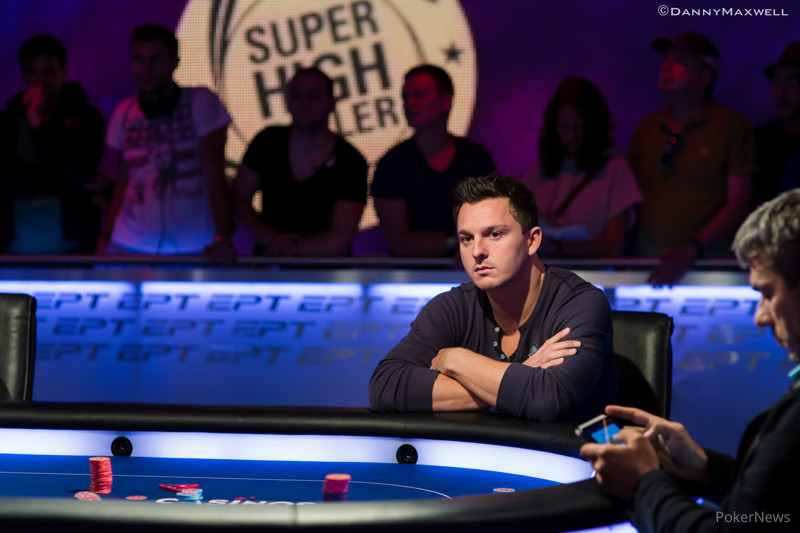 Sam Trickett has 11 years behind him as a poker pro. He debuted in his home, England, and played there for the next two years, with his first international appearance at the WSOP 2008 where he finished fourth in an event, winning $245,000. Two triumphs from a 2011 tournament in Australia brought Trickett another $2 million, and two months later, he added another $1 million to his bank account. In 2012, Trickett finished second at an event from the WSOP, adding $10,000,000 to his bank account followed by two more victories amounting to over $3 million.

Stephen Chidwick comes as a close second with $18 million in winnings and is currently the leader in the Global Poker Index. Chidwick’s debut event was in 2008 in the Bahamas and in 2011, he earned his first considerable cash-in — $200,000 from the WSOP. Chidwick’s balance kept growing with six-figure cash-ins, and in 2018, he made his first million-dollar win at a tournament in Hong Kong. A month later, a trip to Barcelona made Chidwick $3 million richer. 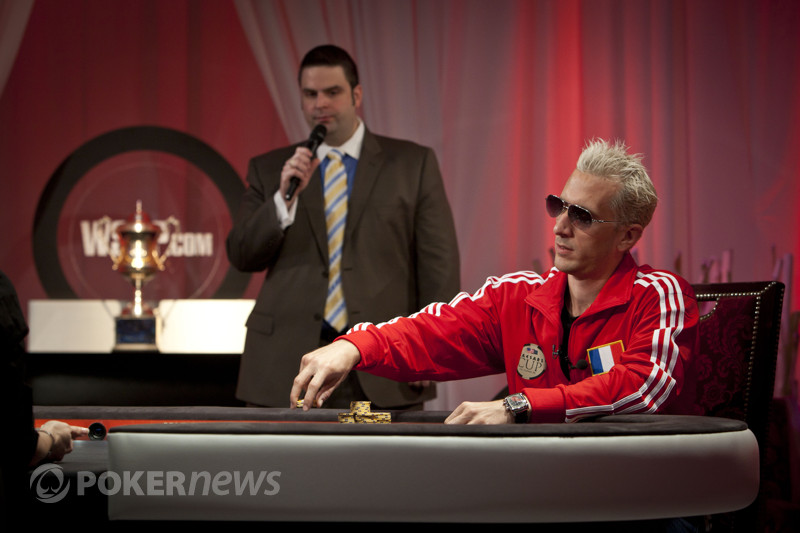 Image Credit: Pokernews.com Winnings to the tune of $13.6 million make Bertrand Grospellier the All Time Money leader in France.

Since 2005, Bertrand Grospellier has participated in 124 poker tournaments, cashing-in $13 million during his rise to the top of France’s All Time Money List. Grospellier had an early breakthrough winning of $400,000 two years after his professional debut. A year later, he won $2 million at a single event and $1.5 million at another one only two months later. In 2017, Grospellier made his biggest cash-in from a live event at $2.3 million and is one of the few players to have won WPT and EPT titles and a WSOP bracelet.

With $11 million in his bank account, Benjamin Pollak is the second-best winning French poker pro. He has been accumulating this wealth since 2007, with 2010 marking the year of Pollak’s first six-figure cash-in. Last year, Pollak finished third at a WSOP event, winning over $3.5 million dollars while this year, he added over $1 million from a tournament in Barcelona. In 2015, Pollak finished fourth at the EPT’s Main Event, which brought him $200,000.

It comes as no surprise that the U.S. ranks at the top of countries with the most successful poker players given that it’s where the game originated. As shown in the infographic above, in 2015, close to 80 percent of the total payouts at the WSOP went to the States. The country is also home to 800 WSOP bracelets, which is way more than Canada’s second place with 43. Still, poker is such a dynamic and unpredictable game that this ranking can change with the blink of an eye. But so far, this is where things stand.

10 Hardest Countries to Get Laid in the World

15 Countries with the Lowest Rates of Software Developers