4 Stocks That Burned Billionaires In Q2

Insider Monkey tracks the activities of hundreds of hedge funds and of those, several dozen are managed by billionaires, whose incredible wealth in most cases is a direct result of their investing prowess. However, not even the wealthiest and most prominent investors among us can hit on all of their investments all of the time, and that was evident in the second quarter, as several of the top stocks held by the billionaire fund managers we track had poor quarters. This article focuses on four of those sour investments, which were Micron Technology, Inc. (NASDAQ:MU), Wal-Mart Stores, Inc. (NYSE:WMT), Canadian Pacific Railway Limited (USA) (NYSE:CP), and Hertz Global Holdings Inc (NYSE:HTZ). 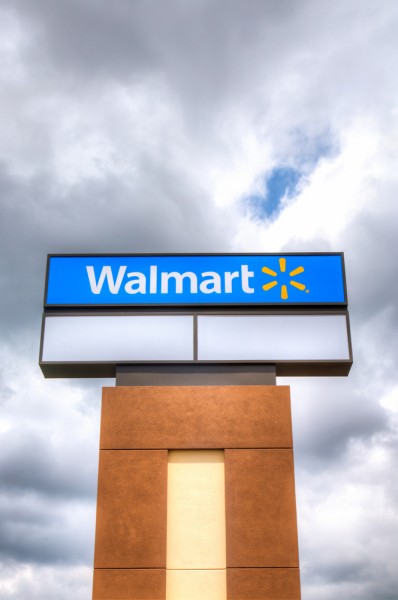 Why do we pay attention to hedge fund sentiment from the top billionaire and non-billionaire money managers alike? Most investors ignore hedge funds’ moves because as a group their average net returns trailed the market since 2008 by a large margin. Unfortunately, most investors don’t realize that hedge funds are hedged and they also charge an arm and a leg, so they are likely to underperform the market in a bull market. We ignore their short positions and by imitating hedge funds’ stock picks independently, we don’t have to pay them a dime. Our research has shown that hedge funds’ long stock picks generate strong risk adjusted returns. For instance the 15 most popular small-cap stocks outperformed the S&P 500 Index by an average of 95 basis points per month in our back-tests spanning the 1999-2012 period. We have been tracking the performance of these stocks in real-time since the end of August 2012. After all, things change and we need to verify that back-test results aren’t just a statistical fluke. We weren’t proven wrong. These 15 stocks managed to return more than 135% over the last 34 months and outperformed the S&P 500 Index by 80 percentage points (see the details here).

At the end of the second quarter of 2015, a total of 15 billionaire hedge funds were invested in Micron Technology, Inc. (NASDAQ:MU), with their aggregate investment amounting to $3.8 billion. The multinational semiconductor devices manufacturer delivered weak results at the end of its fiscal third quarter in a report released last month. The company reported a disappointing $0.54 in earnings per share, short of analysts’ consensus estimate of $0.56, and well below the $0.79 that it reported in the same quarter last year. The Boise, Idaho-based company’s sales also were down by 3% on a year-over-year basis, settling at $3.9 billion. The poor performance has been pegged on the slow PC market that has resulted in demand for the company’s products sinking. In the second quarter, the stock lost around 30%, pushing its year-to-date losses to nearly 50% and compelling the company to redirect its production mix to focus more on better performing sectors. Some of the billionaire hedge funds that had positions in the stock were David Einhorn‘s Greenlight Capital with 33.55 million shares, Andreas Halvorsen’s Viking Global with 31.15 million shares, and Seth Klarman’s Baupost Group with 19.71 million shares.

Wal-Mart Stores, Inc. (NYSE:WMT) is another company that attracted numerous billionaire investors by the end of the first quarter of 2015, boasting eight of them at that time, with their total holdings amounting to $6.8 billion. However, the world’s largest retailer disappointed investors, registering lower than expected sales in its earnings report released during the second quarter, on May 19, for the company’s fiscal year 2016 first quarter. Expectations were high because of the improved gas prices (for consumers) and a stronger economic backdrop, but that didn’t yield much, as it seemed shoppers opted to save instead. The company’s profits also dipped as a result of boosted employee remuneration and a stronger U.S. dollar. Wal-Mart Stores, Inc. (NYSE:WMT) posted earnings per share of $1.03, falling short of analysts’ consensus estimate of $1.04. This was on revenue of $114.80 billion, which also fell short of analysts’ expected figure of $116.30 billion. The company reported earnings per share of $1.10 for the same quarter last year. The results pushed Wal-Mart’s shares down steadily throughout the remainder of the second quarter, leaving them down by nearly 14% for the quarter when all was said and done. Wal-Mart Stores is, however, focused on strengthening its growth potential and sustainability through greater online investment, increasing the number of small stores, and improving employee remuneration for better customer service and less employee turnover. Some of the billionaires that were disappointed by the stock included Warren Buffett, Michael Larson, and Rob Citrone.