Interested to know which are the 4 most inspiring moments from the 2017 Golden Globes? Great, then we have a treat for you!

The Golden Globes kicks off the award show season every year. It sets the tone for who’s likely going to win the rest of the awards and who gave the best performances. It often prompts the Academy, which determines who wins big at the Oscars, to pay better attention to certain films and performances.

The stark difference between the Golden Globes and the Oscars, although they are both among the 10 Most Prestigious Movie Awards Around the World, is the people who vote for them and determine the winners. The Golden Globes is comprised of about 90 LA-based foreign journalists that make up the Hollywood Foreign Press Association (HFPA). The Oscars, however, are determined by the Academy, made up of around 7,000 people who work in the film industry. The reason the Oscars could be influenced by the Golden Globes, especially this year, is because the Globes fell in the middle of the Oscar voting period.

The Golden Globes includes television awards, while the Oscars, and other award shows, do not. There were a few standouts and surprises from these categories. Twitter was quite confused by some of the winners in all sections of the evening, but mostly in television.

For the most part, the show was relatively boring. The teleprompter cut out at the start of the show, leaving Jimmy Fallon to improvise his monologue. Jimmy Fallon is the least entertaining host I have probably ever watched and this includes when Gigi Hadid and Jay Pharoah hosted the AMAs in 2016. Though that was mostly just uncomfortable and awkward, I digress. Hosting an award show is mostly a death wish and I’ve hardly seen it done well anyway. A lot of the winners were boring, too. I didn’t know Tom Ford made a movie until I watched the Globes and now I’m quite confused by it.

Aside from the show being 90 percent boring, there were standout moments that made it worthwhile. I always appreciate when a star takes the time to say something inspiring and selfless during their short time on stage. I don’t necessarily think it’s essential to use the platform for this reason, but I think it’s something that makes an award show memorable and shows a human side to celebrities. It also gives people for kids to admire and words for them to be inspired by for years to come. There are great messages for adults, but those messages can be passed down to children, especially those who are disenfranchised or from minority groups.

Here are the most inspiring moments from the 2017 Golden Globes, as chosen by me and the people I follow on Twitter who were very pleased.

Viola Davis, star of ABC’s “How to Get Away With Murder,” won her first Golden Globe for her movie “Fences.” She was nominated five times in the past and finally took home a victory. During her speech she spoke about her father, who didn’t learn how to read until he was 15. She mentioned how her father was the original Troy, who is the main character in the film, and he “had a story and it deserved to be told.” This is one of the most inspiring moments from the 2017 Golden Globes and a message for young people who feel as though their stories aren’t valid and don’t deserve attention because they don’t fit the mainstream ideology of what is entertaining or important. 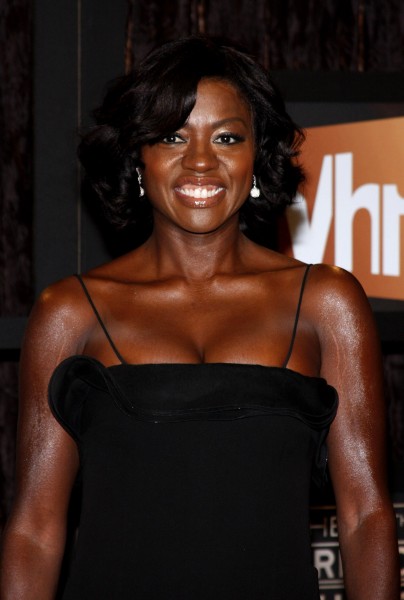 Share Tweet Email
Page 1 of 4
Next >>
Related Insider Monkey Articles
10 Biggest Problems In The World That Can Be Solved With Inventions17 Top Social Media Apps in 201616 Military Spending Facts That Will Blow Your Mind
5 Name Changes That Did Nothing To Help These Companies6 Corporations Who Own 90% Of The News Media7 Master Sommelier Facts, Salary, Exam Costs, Jobs, and More