30 Biggest Soccer Clubs in the World

The pandemic has led to a series of unprecedented events that caused economic and social disruptions worldwide, including the professional football industry. Among the European governments that imposed strict lockdowns and social distancing protocols in the first quarter of 2020 were countries representing the leagues in the “Big Five,” such as Italy, France, Spain, and Germany. In March 2020, the U.K. announced its first lockdown and halted all non-essential activities, including sports events and travels. Simultaneously, the UEFA EURO 2020 tournament, which was set to take place in June and July 2020, was postponed. According to Deloitte’s Football Money League, Europe’s top football clubs are forecast to lose over $2.43 billion in revenue by the end of the 2020-21 season due to the effects of the coronavirus pandemic.

With the return of live football, several games were televised without fans in attendance, resulting in the odd sight of vacant seats and a lack of crowd atmosphere. Yet, the pandemic gave television sports networks a platform to build a concrete following of audiences globally. The European club competitions, including the UEFA Champions League, UEFA Europa League, and the National Women’s Soccer League, will be shown on Paramount Plus until this year. ViacomCBS Inc. (NASDAQ: VIAC) disclosed in January 2021 that the subscription service CBS All Access would rebrand as Paramount Plus on March 4, 2021. Fox Corporation’s (NASDAQ: FOX) Fox Sports is the broadcast partner of the UEFA Champion League in the Caribbean. In most parts of Europe, Comcast Corporation’s (NASDAQ: CMCSA) international Sky Group will be airing the Champion League.

Closed-door matches changed the way soccer clubs interact with their supporters and commercial partners in a big way. Although this might not have immediate revenue-generating benefits, the combination of match day attendance and digital participation may be convincing once normalcy returns.

The top 20 clubs in this year’s Money League generated $9.6 billion in revenue, an average of $491 million per club, a decrease of 12% from last year’s top 20, which generated $11.2 billion in revenue. The cumulative decline in revenue was predominantly a result of the decrease in broadcast revenue of $1.1 billion. Matchday sales dropped $309 million primarily due to the increased number of postponed games. Commercial revenue grew by $98.8 million, re-establishing commercial revenue as the most important contributor to the world’s biggest soccer clubs’ revenue after a three-year hiatus.

Some of the biggest soccer clubs in the world are leaving the UEFA Champions League to form the European Super League, which will compete directly with the sport’s most prestigious international competition outside of the World Cup. The UEFA had threatened to remove the 12 founding Super League teams from competing in UEFA competitions if they will participate in the first season of the European Super League, which hopes to begin to play in 2022. However, regardless of the impact on smaller clubs or the rest of Europe, the world’s wealthiest soccer clubs are not stopping their plans to increase their share of the pie.

The Biggest Soccer Clubs in the World

To give you the most accurate insights about the biggest soccer clubs in the world, we sorted our rankings based on the revenue of each soccer club. We have taken the soccer clubs’ income from the 24th edition of the Deloitte Football Money League. 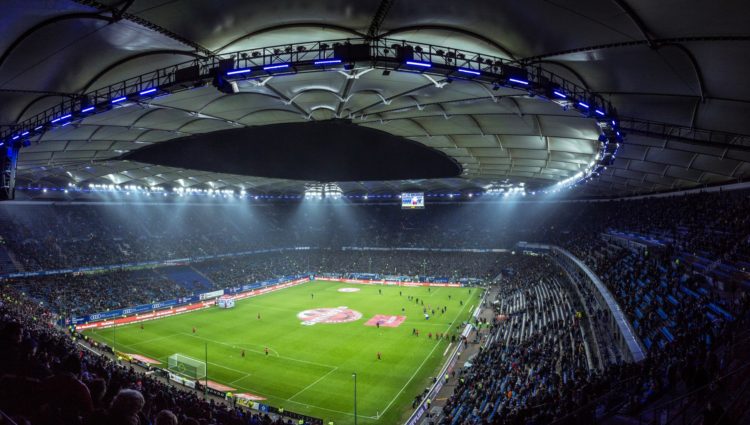 Photo by Mario Klassen on Unsplash

Now let’s see the 30 biggest soccer clubs in the world.

We start our list of the 30 biggest soccer clubs in the world with AC Milan. Since its formation in 1899, Associazione Calcio Milan has always been Italy’s top tier. AC Milan is ranked 30th after being barred from competing in the UEFA Europa League for the 2019-20 season due to financial fair play violations. AC Milan is among the Super League founding members.

Wolverhampton Wanderers is one of the biggest soccer clubs in the world based in West Midlands, England. The professional football club, also known as Wolves, was founded in 1877. Wolves is one of 14 Premier League clubs formulating strategies to derail the European Super League.

Ajax ranks 27th in our list of the 30 biggest soccer clubs in the world with a market value of $413 million as per Forbes. AFC Ajax is a Dutch professional football club based in Amsterdam, Netherlands. Ajax was founded in 1900 and has since evolved to be one of Europe’s most prestigious clubs.

Ranking 23rd on the list of the 30 biggest soccer clubs in the world is a Portuguese women’s football club, Benfica. The professional football club was founded in February 1904 as Sport Lisboa. Benfica currently plays in Primeira Liga season 2020-21 and lands the 3rd spot with 57 points.

Italian professional football club Società Sportiva Calcio Napoli is one of the biggest soccer clubs in the world. SSC Napoli was founded in 1926 in Naples, Italy. Napoli ranks 5th in the Serie A season 2020-21. American food and beverage manufacturer PepsiCo, Inc. (NASDAQ: PEP) is one of the institutional sponsors of SSC Napoli. Napoli has received numerous national and international awards throughout its eighty-year history, including two Scudetti (Serie A), five Italian Cups, two Italian Super Cups, and one UEFA Cup.

Everton FC ranks 17th in our list of the 30 biggest soccer clubs in the world. The soccer club based in Liverpool, England, has a market value of $658 million and is owned by Farhad Moshiri. Everton FC currently plays in Premier League season 2020-21, ranking 8th in the overall standing. Everton’s commercial revenue increased 104% to $104.4 million in 2020, owing to a $36.1 million naming rights contract with USM for the club’s planned new stadium.

German top-flight football club F.C. Schalke 04 ranks 16th in our list of the 30 biggest soccer clubs in the world. In 1904, the football club was founded under the name Westfalia Schalke. Schalke plays in the Bundesliga 2020-21 and currently ranks 18th in the league. Among F.C. Schalke’s main sponsors and premium partners are Russian energy company Public Joint Stock Company Gazprom (OTC: OGZPY) and The Coca-Cola Company (NYSE: KO).

With a good partnership with Gazprom and better on-field performance, commercial sales of Zenit increased by 14% to $211 million in 2020.

Inter Milan, one of the European Super League’s founding teams, will receive their share of the $4.2 billion to fund their infrastructure investment projects and mitigate the COVID pandemic’s effects.

During the last 15 years, Atletico has qualified for the Champions League and has reached the final twice yet has been defeated by Real Madrid. The soccer club is among the founding members of the Super League.

Borussia Dortmund is ranked 12th on the list of the biggest soccer clubs in the world. The German professional football club was founded in December 1909. Dortmund has a market value of $1.9 billion and is operated by shareholders Bernd Geske and Evonik Industries AG (OTC: EVKIF). Borussia Dortmund ranks 5th in season 2020-21 of Bundesliga. Borussia Dortmund has slammed the Super League’s plan and confirmed that they would not participate as the German soccer club opted to proceed with the Champions League.

English professional football club Arsenal F.C. ranks 11th in our list of the 30 biggest soccer clubs in the world. The football club has a market value of $2.8 billion and is owned by American billionaire Stan Kroenke. Arsenal is ranked 9th in the Premier League 2020-21. Among Arsenal’s commercial partners and sponsors is American glass jar company Ball Corporation (NYSE: BLL), sportswear giant Adidas AG (OTC: ADDYY), and The Emirates Group.

Arsenal F.C. Arsenal has been a consistent performer in the Champions League. Still, the team recently exited the European Clubs Association after announcing it will join the European Super League.

Juventus F.C. ranks 10th on the list of 30 biggest soccer clubs in the world. The football club based in Turin, Piedmont, Italy, has a market value of $1.95 billion and is owned by the Agnelli family. Juventus F.C. currently plays in 2020-21 Serie A and ranks 4th in the overall standing. Juventus have been one of the major teams in Europe’s biggest rivalry, despite struggling to win in Serie A. Juventus’ partners in season 2020-21 include Jeep, a luxury car brand under Fiat Chrysler Automobiles, sportswear distributor Adidas AG (OTC: ADDYY), and insurance company Allianz S.E.

Juventus F.C. is among the founding clubs of the European Super League. On top of that, Andrea Agnelli, the chairman of the football team, has resigned as president of the European Club Association and will walk away from the UEFA Executive Committee.

Tottenham Hotspur is an English professional football club based in London, England. Tottenham is one of the biggest soccer clubs in the world, with a market value of $2.3 billion. The English football team has played in Europe regularly for the past 15 years and came ridiculously close to winning the Champions League in 2019, but was still defeated 2-0 by Liverpool in the final. Tottenham Hotspur ranks 7th in the Premier League in season 2020-21. Tottenham is one of the 12 founding clubs of the European Super League.

Chelsea ranks 8th on the list of the 30 biggest soccer clubs in the world. The English professional football club based in London, England, has a market value of $3.2 billion. Chelsea has been a near-permanent player in the Champions League since Roman Abramovich acquired the club in 2003. Chelsea became the first London team to win the Champions League when they defeated Bayern Munich in 2011-12. Chelsea F.C. ranks 5th in the Premier League season 2020-21.

The Blues’ technical kit partner since July 2018 is NIKE, Inc. (NYSE: NKE). Wisconsin-based fintech company Fiserv, Inc. (NASDAQ: FISV) is one of the official commercial partners of the football club.

Manchester City ranks 9th in our list of the 30 biggest soccer clubs in the world. The English football club is currently leading the Premier League season 2020-21. Manchester City F.C. has a market value of $4 billion. Manchester City’s best performance to date was a semi-final position in the 2015-16 season when they were defeated by eventual champions Real Madrid.

Click to continue reading and see the 5 Biggest Soccer Clubs in the World.

Disclosure: None. 30 Biggest Soccer Companies in the World is originally published on Insider Monkey.

Is JNPR Stock A Buy or Sell?

Is CNP Stock A Buy or Sell?

Is CACC Stock A Buy or Sell?

Is ESI Stock A Buy or Sell?

Is PACW Stock A Buy or Sell?

Is CHRW Stock A Buy or Sell?
Monthly Newsletter Strategy
Download a free copy of our newsletter and see the details inside!
Hedge Fund Resource Center
Lists

25 Best Excuses To Reject A Girl Nicely Over Text

15 Easiest Office Jobs to Get With No Experience

20 Most Unhealthiest Countries In the World