When it comes to the best places to live in the US for families, there’s plenty of options and sources to consult. As usual, we went with the public and most accurate data from the US Census bureau. The first and most important factor we’ve considered is education. We also took into account key factors like Cost of Living Grade, Crime & Safety Grade, and Housing Grade.

Portland is an urban-suburban mix, with short, ward, and dry summers and quite cold, wet, and overcast winters. Yep, this is Oregon, yet it’s got a B+ grade for Public Schools and an A- for General Good for Families. If you’re ok with an average of 154 rainy days a year, you’ll find an eco-friendly environment, parks, bridges, bicycle paths, and a deluge of microbreweries and coffeehouses to spend those rainy days, while your kids are studying hard at one of over 100 college and university campuses. In Portland, you’ll find the OMSI Planetarium and 30 museums. 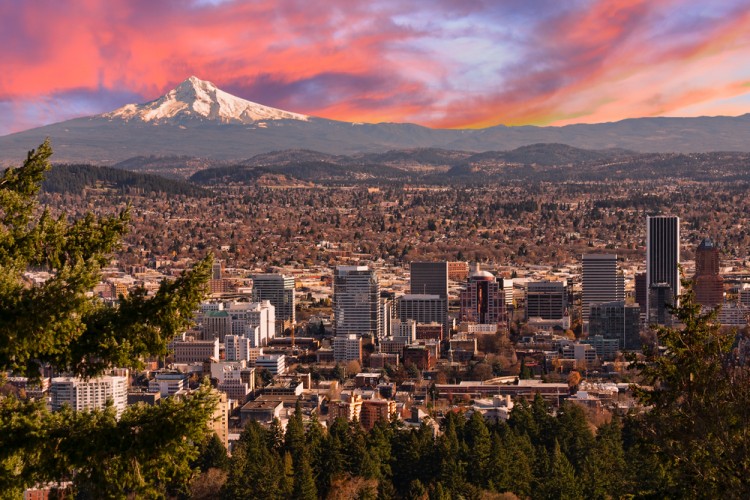 The capital of the United States, Washington D.C. is home to the Smithsonian Institution, the world-renowned museum and research complex consisting of 17 museums and galleries, including the National Zoo. Public schools in Washington D.C. are above average.

The only megapolis in our ranking – “the City that Never Sleeps”, “Gotham” or “the Big Apple.”

When I hear Boston, I hear Harvard University and Massachusetts Institute of Technology.

In Irving, you’ll find 33 colleges, out of which 7 community colleges and 4 public colleges and universities.

Tampa has many college options, yet only 8 schools are available. Tampa has an A rating for Good for Families, Outdoor Activities, Weather, and Nightlife. Tampa is perfect for both raising a family. In Tampa, you’ll also find some cultural entertainment such as museums, science centers.

North Carolina holds B+ at the Public Schools rating, has 9 colleges and another 30 colleges within a 50 miles range, enrolling over 115K students total.

Minneapolis is home to 78 colleges and universities and 55 museums.

A proud A ranking at Public Schools, Good for Families, Health & Fitness, Nightlife, and A+ at Weather. You’ll find about 40 colleges in the area and 7 museums.

Lexington has a Good for Families, Diversity, and Nightlife A rating and an A- for Outdoor Activities and Commute. In Lexington you can find the following entertainment and education: The Living Arts & Science Center, MacAdam Student Observatory, Georgetown College, Transylvania University, Asbury University, University of Kentucky, and several other universities.

There are 15 higher education institutions in Texas, out of which 2 religious: Austin Presbyterian Theological Seminary and Austin Graduate School of Theology. Also in Austin, you can choose from 29 museums and a couple of science centers and planetariums.

Lincoln has a Good for Families A ranking and a Public Schools A-.

Virginia Beach, yet another heavenly place to raise a family. Good for Families, Public Schools, Outdoor Activities, Diversity, and Nightlife.

The “upstream people” city – that is literally what the Indian work “Omaha” means.

Click to continue reading and see the 5 Best Places to Live in the US for Families.

Disclosure: 25 Best Places to Live in the US for Families is originally published at Insider Monkey.

Is SAVE Stock A Buy or Sell?

Is TRI Stock A Buy or Sell?

Is AVY Stock A Buy or Sell?

Is AZEK Stock A Buy or Sell?

Is LSCC Stock A Buy or Sell?

Is PTCT Stock A Buy or Sell?
Monthly Newsletter Strategy
Download a free copy of our newsletter and see the details inside!
Hedge Fund Resource Center
Lists

15 Best Luxury Hotels in the World