If you were wondering if fast-food restaurants have healthy products, here on the list of 16 healthiest fast food menu items and restaurants you can see which are the healthiest.

Eating healthy is very important, as it will help you increase your productivity and energy, enhance your mood, save money on life insurance, regulate your weight, and most importantly, will make you live a happier and healthier life. However, as we have to move faster, and try to get more things done, healthy food is often sacrificed in exchange for price and accessibility. In this way, according to 2010 statistics compiled by the Center For Science In The Public Interest, approximately 678,000 people died prematurely in the United States due to bad nutrition and unhealthy diets as the primary contributor. At the same time, 442,700 people died from high blood pressure, while for 364,000 people and for 158,400 people, the leading contributors to premature deaths were high body-mass index and high cholesterol levels, respectively, all of which are also caused by a bad diet.

In the last few years, American’s perception of healthy food has significantly changed. They started eating more home-cooked meals with their family as opposed to dining in restaurants. Also, Americans started paying attention to the nutrition labels which contributed to them starting to eat healthier food. From 1999 to 2012, the percent of eating poor-quality food decreased from 56% to 46%. The healthier turn has been reflected in local restaurants, which were forced to start making healthier products and offer nutrition information about each product.

In 2012, products which were sold by the 16 biggest leading companies for beverages and food had a total of 6.4 trillion fewer calories than they did in 2007, according to a study sponsored by the Robert Wood Johnson Foundation. If we divide this number by each person, every person has consumed 78 less calories on a daily basis. Moreover, the US Department of Agriculture said that between 2005 and 2010, Americans also reduced their consumption of calories from total fat by 3.3%, while intake of saturated fat and cholesterol fell by 5.9% and 7.9%, respectively. On the other hand, the daily consumption of fiber went up by 7.5%. 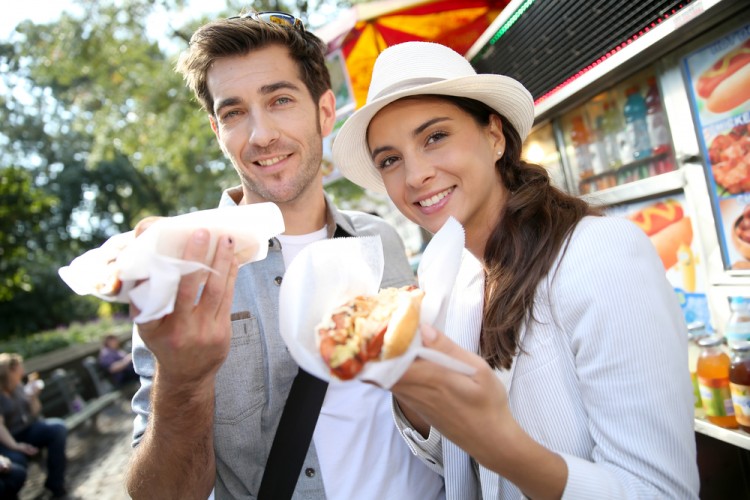 This is a huge change in the eating habits of Americans, and because of it, fast food restaurants needed to find an alternative to their fast food, high-calorie products. Restaurant chains owned by Yum! Brands, Inc. (NYSE:YUM) engaged in a number of measures aimed at making its products healthier. For example, KFC is currently working on reducing the amount of salt in their products. They already succeeded, but continue working to reduce it even more and provide their customers with healthier products. Also, Pizza Hut removed 500,000 pounds of salt from its menu and in 2015 they removed 1.5 million pounds of salt from their core ingredients. Taco Bell also needed to change a lot of things in order to create a healthier menu for its customers, that’s why they reduced the sodium in their food by approximately 15% across their entire menu. In 2015, Yum! Brands had a food safety scandal, so it’s not surprising the company is working hard at providing healthier food to its customers.

People need to learn about nutrition in order to gain self-confidence in their nutrition knowledge. Because they will learn more about nutrition, this will help them to separate healthy from unhealthy food. Moreover, they need to understand how eating healthy can have a positive impact on their body, behavior, and productivity.

As consumers’ tastes change, restaurants must adjust their menus in order to accommodate them. In turn, this could improve their sales, which is a positive sign for investors. To create the list of the 16 healthiest fast food menu items and restaurants we found which brands have the most sales in the world, then found their healthiest products which contain the least calories and fat. We sorted the list by their fat containment, while those products which had the same fat grams were sorted by their calories.