If you want to learn about the least racist states in the USA in 2020, then you have come to the right place.

Dr. Martin Luther King, Jr. had a dream about future America, and thankfully, the country is moving towards a completely colorblind society slowly but surely. The least racist states in the US in 2020 are great examples of racial integration, where people focus on a person’s character and not their complexion. Unfortunately, Dr. Martin Luther King, Jr.’s dream is still pretty far away, as segregation and discrimination continue to persist throughout the country. In this article, we will talk about a few states where racism is at its lowest point. We did a similar article a couple of years back, but we think it’s about time to update that list since it’s been a while. If you are interested, do check out 11 Least Racist States in America.

Racial bias is nothing new to the United States, but thankfully the most of that is in the past, and the new year so far has been good for all racial minorities in the country. The 15 states that made it into our today’s list have truly made a lot of progress. They are moving rapidly towards achieving the dream of a colorblind society, but it is the duty of every American to do their bit, in order to make this a reality in every single state in the country. We already see a much greater racial integration in schools and other social institutions, but there is still a long way to go before total racial integration can be complete. The first order of business for every upstanding and progressive thinking American should be to achieve total racial integration in America as soon as possible. To our delight, we are happy to report that most Americans think that this is the way how America should move forward and people of every creed and color can unite under the star-spangled banner with pride.

In order to determine the least racist states in America in 2020, we needed a lot of data. Thankfully, there are quite a few reliable websites from which we were able to collect all the necessary data for our research. Websites like Wallet Hub and NY Times really helped us when it comes to the this years’ update on the subject, while NBC News provided us with the information from a few years ago. Of course, we also put Google’s trusty search engine for any additional information we needed to complete the research. Once we had the necessary data, it was time to rank the states accordingly. So, we overlapped Wallet Hub’s racial integration ranking and racial progress ranking and singled out the top 15 least racist states in the USA in 2020.

It’s large in mass and heart, Alaska starts off our list of the least racist states in America. All that sea and trees must be doing some good. 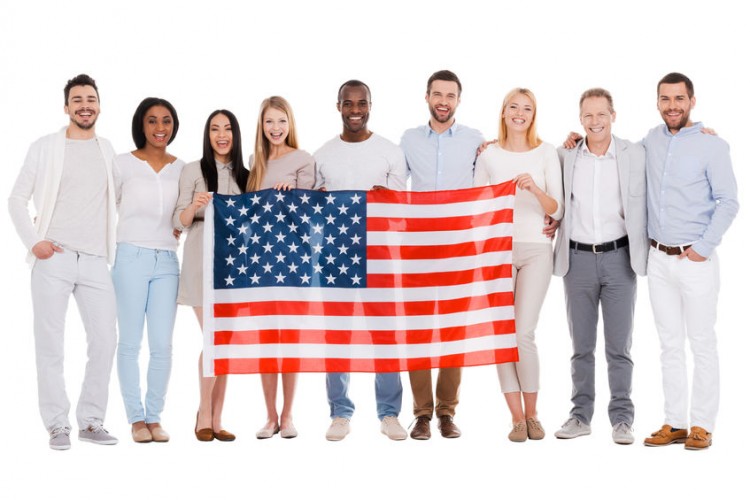 Share Tweet Email
Page 1 of 15
Next >>
Related Insider Monkey Articles
Top 15 Defense Contractors in the World in 202010 Movies About Amnesia on Netflix11 Companies That Caught Lying To The Public, Deceived Customers
20 Countries With Highest Military Spending In The World10 Countries with the Highest Coffee Consumption in the World10 Stocks That Went Up During The 2008 Crash