Out of hundreds if not thousands of eCommerce sites, 15 cheapest online shopping sites in the USA are among those that offer bargain prices to their customers in order to capture more market share in the high-growth online retail space. Currently around 95% of Americans chose to do their shopping online and given the multitude of websites, those with lower prices are more likely to draw more customers and eventually retain most of them. By comparison, only 22% of Americans bought something online in 2000.

However, despite the popularity of online shopping, Americans still don’t spend nearly as much money online as they do in traditional stores. Last year, the total online retail spending in the US amounted to $322.2 billion, which is a tiny percentage of the whole retail industry of $4.95 trillion. According to a Pew Research Center survey, 15% buy stuff on the Internet weekly, 28% of adults shop online several times a month, and 37% make online purchases less often. At the same time, 20% of the adults said they never shop online.

However, what the survey also revealed was that given the choice and all things equal, two-thirds of people who make online purchases, prefer to buy items from brick-and-mortar stores, while 34% generally prefer online shopping. However, things are not equal and one of the most important advantages that online stores have in comparison with their brick-and-mortar peers is that they can afford to keep lower prices as they don’t have large overhead costs. 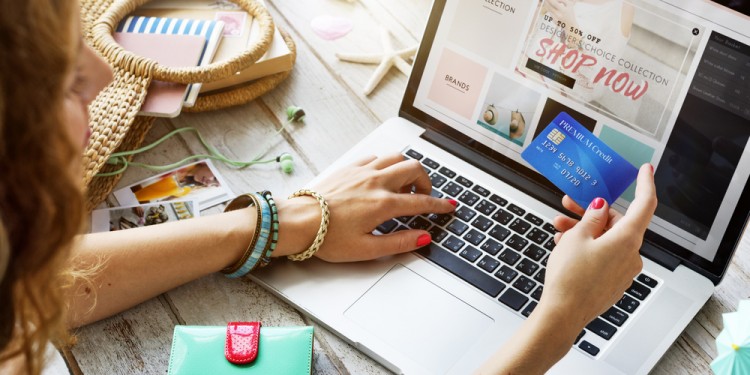 Pricing is the most important factor behind a consumer’s decision where to buy an item. According to Pew, among people who make online purchases, 65% compare prices between online and offline stores and chose those that offer them the best deal. At the same time, 21% buy from physical stores without looking at online prices and just 14% buy online without comparing with prices at other stores.

One issue that customers looking for bargain prices face is the wide availability of websites, which can complicate the research process. One way to work around this that customers use is turning to Amazon.com, Inc. (NASDAQ:AMZN), which dominated the US online retail space with a share of over 43%. Amazon often has low prices and has a wide variety of products that simplify the search process. In addition, most brick-and-mortar retailers have launched their own websites, so customers can buy items and brands that they know are affordable in physical stores. Due to the popularity of the brick-and-mortar retailers’ brands, many of their websites also rank among the top online shopping sites in the US.

10 Countries With The Largest Aerospace Industries In The World
Monthly Newsletter Strategy
Download a free copy of our newsletter and see the details inside!
Hedge Fund Resource Center
Lists