If you are planning to travel to the biggest Hindu country, you shouldn’t go without knowing which are the fastest trains in India in 2016!

As India is considered one of the biggest countries in the world, not just because of the population, but territorially as well, the transport could easily become a very important issue. The whole territory of India is approximately 1,147,839 sq miles. That makes it the 8th country in the world by the size of its land area. So, if you want to visit it whole, which transport would be the best option for traveling?

Planes could seem as the easiest option, but their prices are very high. If you are searching for a lower budget trip, then you would find more approachable some ‘ground’ transportation. So, the choice is basically between car, motorcycle, bus or train. Cars are not very popular in India, whereas motorcycles are the most preferred type of vehicle. Plenty of places offer the rental, and there are also many motorcycle tours if you are traveling by yourself and want to have a company. One of the best starting points for motorcycle tours is considered to be Delhi and Manali. However, for motorcycles, you should always check the weather forecast, since the bad weather can stop you from traveling whenever you want. And, in the end, if you are not among the best motorcyclists, there are safer ways of traveling. Therefore, we could narrow the choice a bit more to buses and trains. 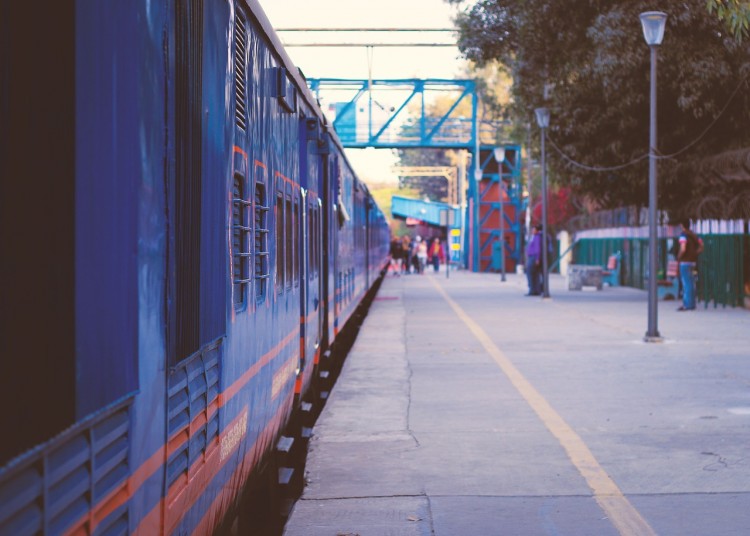 The good thing about buses in India is that they go almost everywhere and, in addition, they are the only way to get around many mountainous areas. On the other hand, they are known to be overcrowded and therefore, there is always a potential risk of getting tipped over. As it is the country with more than 17% of the total world population, this phenomenon of overcrowded buses is understandable. Even though they are the cheapest way of traveling, they are, however, the most uncomfortable one. Moreover, night buses are very hazardous as the drivers could be overtired.

So, we are down to trains, which are shown to be the best option for traveling around this beautiful country. Rail transport in India is commonly used mode of traveling, especially fog long distances. Most of the railways are handled by their national company Indian Railways, which is the fourth largest railway network in the world, after Russia, USA, and China. The first railway was introduced to India in 1853, and the track of the train went from Mumbai to Thane. At the time of Indian independence in 1947, they had already developed forty-two railway systems. In addition, they created many fast trains as well, or so-called express trains.

Express trains of India are a part of its regular rail service, but with the fastest trains and the smallest number of stops. The average speed of these trains goes from 80 km/h up to the highest speed of 160 km/h. The most famous ones are Duronto, Shatabdi, and Rajdhani trains which have high-quality locomotives built by the Chittaranjan Locomotive Works. Apart from that, Jan Sadharan Express is known for trains that have nonreserved coaches, which are more popular among Indians.

Development of road infrastructure in India is in progress, as The Road Transport and Highways Ministry has invested around $47.7 billion in the last couple of years, for building new highways. The Government of India is trying its best to boost the economy by developing the infrastructure sector, therefore by the end of February in 2017, a total of 6,604 km of national highways were constructed. If you are interested more in this topic, check out our previous article – 11 Countries with the Best Road Infrastructure in the World.

In order to find which trains are the fastest ones in India for the year 2016, we researched many sources such as India TV News, Walk Through India and Indian Express, among others. From their suggestions, we made our list by comparing the highest maximum speed of Indian trains on India Rail Info and then ranking them in that manner. For the completeness of information, we also mention the routes they are taking, their travel time for those routes and the average speed. For those ones who shared the same maximum speed, we gave priority to the ones with higher average speed. Let’s begin!