If you like nature and the wildlife that surrounds us, then you are in the right place to discover 13 best nature documentaries on YouTube.

Nature documentaries bring a lot to the table. They can be interesting and funny but also filled with breathtaking landscapes. If your TV is always circling from Animal Planet to National Geographic, you’ll know what I’m talking about. Personally, I always admired the nature documentary filmmakers. It needs a lot of courage, skill, and patience to make one. It’s all about waiting for the right moment and catching it on film. Sometimes that waiting can be few hours and sometimes few weeks or even months. Also, this job brings lots of danger and many of documentary makers are risking their lives just to get that special shot. Take Steve Irwin (or The Crocodile Hunter), for example.  This man was almost fearless. He wasn’t afraid to face the crocodiles and many other dangerous species, just so he could make his audience pleased. Unfortunately, this ultimately led to his death. He was filming a documentary titled Ocean’s Deadliest when a stingray pierced his heart leaving him to bleed to death.  It is the only case of stingray’s attack with fatal outcome ever captured on video. 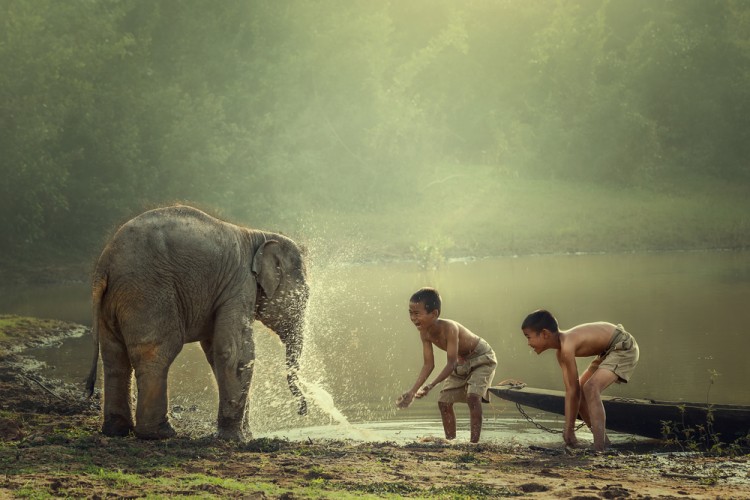 When we talk about patience and skills, some filmmakers lack them, so they tend to make some shortcuts along the way. The aimed audience is really picky and honestly, there are just so many times one can find lions catching zebras entertaining and interesting. If you are interested in nature from an environmental point of view, don’t miss these 12 Best Environmental Documentaries on YouTube. Back to shortcuts — you know those “close up shots” of animals that seem really hard to get? Well, there are some impatient documentary makers known to make the shoots in zoos or by even renting animals to make those and similar shots. There were even cases where filmmakers used CGI to edit some scenes while claiming they are real. There is also staging. Those are cases when the filmmakers simply create the story or scene and then present it to the viewers as the real deal. One of the most famous cases of staging is Disney’s White Wilderness. This documentary had the goal of presenting the wildlife of Arctic, but the filmmakers decided that isn’t interesting enough in its natural form, so they added some scenes they deemed fitting. The premise was that lemmings take upon mass migration that ends with their suicide in the Arctic Ocean. There was just a little problem. Species of lemmings portrayed in the documentary don’t migrate and most certainly don’t commit mass suicides. Eventually, it was discovered that the particular scene didn’t take place even near the Arctic Ocean, but in Calgary, and lemmings were pushed into the water instead of jumping voluntarily. Let’s hope the ones featured on our list of 13 best nature documentaries on YouTube don’t contain any shortcuts.

To compile our list we took recommendations from  Slash Film, PBS and Made Man among others. After collecting close to 60 nature documentary titles, we checked their availability on YouTube. We ranked those that were available in full for free according to their IMDb rating and got the 13 best. Let’s begin.