12 Famous Modern Sculptures in The World

Stay very still, it’s time for the list of 12 famous modern sculptures in the world. There are countless sculptures in the world, some of them are even from 40,000 years ago, but despite all the years they are still tourist attractions. From its beginning, sculptures have been monumental and significantly important to people. My wife is a sculptor and having watched the process in real life, it’s pretty fascinating. Her hands literally bring things to life out of clay–pretty cool–and I’m not just saying that because I’m married to her.

One of my favorite untrue facts about sculptures is that military sculptures with people (likely men) on horses have a secret code. They (people who are wrong according to Snopes, claim that the number of hooves lifted into the air on equestrian statues reveals how the riders died. The code sometimes went that if the horses had two hooves in the air the rider died in battle, one they were injured in battle and all hooves on the ground, the rider died peacefully. It’s a shame that it’s not true, but it’s still fun to think about when looking at random park statutes. 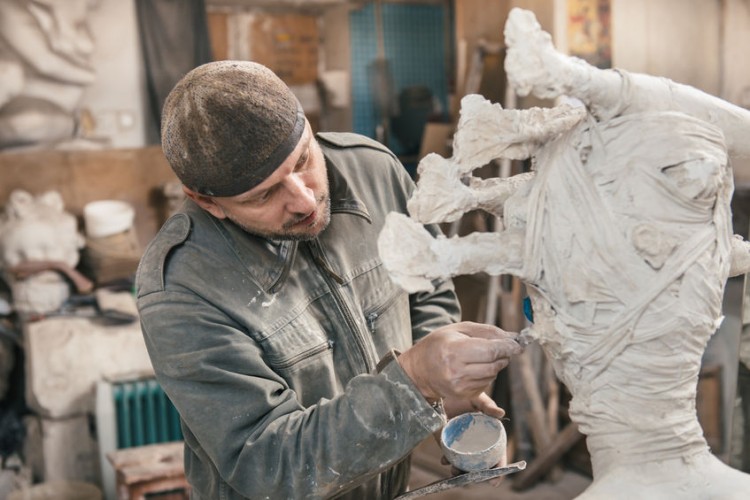 Sculptures are the oldest form of art, according to Scholastic, people carved before they painted. In the 20th-century people started experimenting with new styles, materials, and ideas. People then were making sculptures to new subjects like dreams, emotions, ideas from chromium, plastics, boxes, pieces of old furniture and welded steel. My sculptures would be all pizza boxes and Coke cans.

In the past, people used to build sculptures for different kind of reasons, most of them were probably made to supply magical help to hunters, to represent gods, to make the kings immortal and also to give honor to their heroes and soldiers. Some of these ancient sculptures are huge, it is still a mystery how some of them were built. Some works took more than 100 years to built. You can check our list of 11 Most Famous Sculptures in the World to see a few of them.

Today, people are building sculptures for different kind of reasons. In some cities there are a number of different sculptures to give the city a special and unique look, or because something happened on that place in the past. Still classic reasons remain and they are also making them honor their soldiers or heroes like people in the ancient history did.

It is not a secret and as you can see the sculptures are one of the hardest forms of art, because they require incredible skill, patience to craft and attention to detail. It doesn’t matter whether you are a beginner or you have been making sculptures your whole life, they all require a lot of time. Some of them may take you more than 10 years. You probably know some of the most popular sculptors like Donatello, Michelangelo, Gian Lorenzo Bernini, Auguste Rodin and Constantin Brancusi. These are the biggest legends of all time when it comes to sculptures, but of course, there are many more. Cities with unique modern sculptures attract many tourists because they want to see the beauty of them and to see the sculptor’s amazing skills.

Helped by Bored Panda, Touropedia, and Hello Travel, we decided to make a list of 12 famous modern sculptures in the world. The are not ranked, as art is pretty subjective–this is simply a compilation list based on our modern sculpture research–which is built on previous research, so it’s substantive. A lot of them are representing a major tourist attraction, especially those which have special historical meaning. Now let’s take a look at some stone cold art!

11 Most Famous Sculptures in the World12 Famous Modern Sculptures In The Worldamazing sculptures around the worldChrist of the Abyss locationChrist the Redeemer - BrazilExpansion sculpture locationfamous modern sculpturesfamous sculptorsfamous sculpture artists 21st centuryfamous statues in the worldIs Statue of Unity tallest statue in the world?List XFinancemost amazing sculptures in the worldmost statues of a person in the worldMustangs statue author and creation datePeople of the River in SingaporeSlideshowStatue Of Liberty in New YorkThe Little Mermaid authorThe Monument of the Anonymous Passerby meaningThe Motherland Calls sculpture heightThe Spring Temple Buddha creation dateUshiku Daibutsu feet tall