First, it is hard to specify the exact number of people with autism. Through our history, a lot of doctors and scientists belonging to different schools have used numerous methods in their attempt to define autism as a disease, or perhaps a medical disorder. As a result, there are various definitions of autism nowadays, but we still do not know what exactly it is and how it develops in children’s bodies. What we know for sure is that it is not a disease, but more likely a number of symptoms expressed on the intensity scale. Defining just one of the symptoms is not mostly enough because there are considerable differences in the type and intensity of symptoms. Every patient is different, so the symptoms evident in one patient can be completely opposite to those evident in another. Consequently, doctors today do not use the word “autism” anymore, but the abbreviation ASD, meaning Autism Spectrum Disorder. The age when ASD’s symptoms are visible is different from patient to patient, which causes a big problem to doctors who must find the easiest way to diagnose autism as soon as possible. Our research was focused on the children from the age of two to 17, when it is the easiest and most likely to diagnose autism. 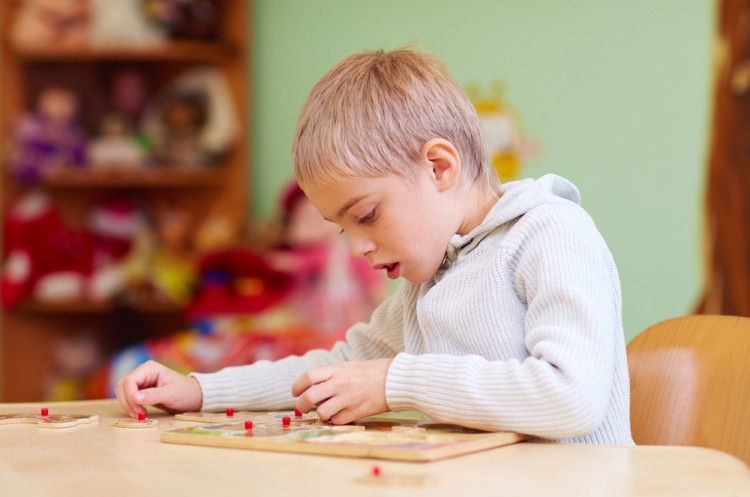 Autism, or ASD, is one of the most controversial diseases in the world with all the difficulty in diagnosing it and hence, the number of the people suffering from it. If we observe autism rates in Europe, we will see that the numbers are increasing, which entails more research and better medical care. Many of the European countries are on the list of 11 Countries With the Highest Autism Rates in the World, which proves that our claim that the autism rate is higher in developed countries is true. However, the answer to the question why it is so is still vague. New Zealand, for example, one of the highest developed countries, according to economists, has the highest prevalence of autism – one affected in 66 people which is equal to 151 cases in 10,000.

Doubts about the causes and symptoms of autism have led to one of the biggest controversies in medicine. After a newspaper article in which a doctor named Andy Wakefield wrote about the study he had allegedly done among the children suffering from autism and his claims that MMR vaccine caused autism, people started to believe that vaccines are triggers for autism, especially because of mercury used for the preservation of these vaccines. Even though a lot of research later proved that the doctor’s experiment was not done in accordance with medical regulations, that the sample was very small (only 12 children) and finally, that he actually did not prove anything, it is still very difficult to eradicate the belief that vaccines cause autism. Defining the autism rate with unvaccinated population has never been done so far, since parents of unvaccinated children have rejected participation in the research done by official medicine. Although people know vaccines are important to preserve public health, there are a lot of countries with a very low rate of vaccinated people, and even some doctors (mostly those who treat unvaccinated children) claim that vaccines are harmful to children.

Doctors all over the world have made an effort to prove that vaccines are not dangerous and that autism rate is not on the increase as has been claimed, but that the way of diagnosing and defining autism has been changed. Opposite to the practice of doctors in the past who did not accept the existence of autism and claimed that children suffered from some other well-known diseases or disorders in spite of the obvious symptoms of autism, new researchers have proven that autism mostly affects people highly talented for art or science. According to some medical papers, many scientists and artists had some type of autism which had never been diagnosed because doctors did not consider it to be a disease at that time. As one of the doctors said, there is no artist in human history that did not have any of the symptoms of autism.

So, we can conclude that people in developed countries are not more prone to autism. These countries are simply more dedicated to examining, diagnosing and keeping records on autism, and many of them organize centers which provide help to people with autism. Having collected all the necessary information on this subject, a lot of countries are now familiar with a wide range of symptoms which indicate autism, they investigate the ages which are most prone to it and they can finally provide much better medical help.

Firstly we needed to form a list of developed countries according to the Human Development Index (HDI), gross domestic product (GDP) or other parameters like level of industrialization, the standard of living and life expectancy. We got a list of 24 highly development countries at this moment and then we observed autism rates in each of these countries in order to come to the most accurate list of 12 developed countries with lowest autism rates.
However, our methodology is still questionable due to little or not precise data available. Keep in mind that there has never been done a proper global study where the number of children affected with ASD would be precisely counted so we had to check for the numbers of them in each country individually. Although some countries have accurately reported data (like US or UK), there are some countries which have researched only certain regions in the country (Italy, for example, has data only for Catania and we had to use that on our list). Despite the great effort we have made, we have not found precisely reported numbers for Turkey either. But, taking the all we said above, even if the rate of the people with ASD had been researched globally, it would have never derived to the completely precise results. The only thing we have, for now, are presumed numbers of people with ASD expressed as the number of cases in 10,000, and those numbers we used for our list.

Before you start looking for your own country, bear in mind that autism is not a disease; it is more like a state of mind, a scale of symptoms as well as of talents, so every child with autism is actually a completely unique and special human being with a great ability to make extraordinary things. Now, let’s see what we have on the list of developed countries with lowest autism rates.