Curious about stores like Lulu’s, Tobi, and Nasty Gal? In recent decades, domestic and international businesses have modernized, becoming increasingly progressive in every facet of their operations.  A happy byproduct of this is that women are assuming more positions of power and authority within organizations, earning more than they used to, and becoming more prominent players in all aspects of business decision-making.  An unhappy byproduct, depending on who you ask, is that added responsibility and enhanced roles within any organization generally mean diminished free time.  The consequences of this, as workers in American and pretty much any other westernized business came to realize in the post-industrial era are that many activities that used to be undertaken at a leisurely pace are now being condensed and carried out in fast-forward–almost as an afterthought as opposed to a primary activity.

This change has manifested itself in myriad ways.  Instead of going to the local farmer’s market (there likely is no ‘local farmer’s market’ anymore) and admiring the fresh produce on display in push-carts and hand-crafted wicker baskets, we bustle to the nearest mega-mart, hurriedly tossing whatever’s on sale into our shopping carts.  Rather than setting aside an evening to prepare a sumptuous, healthy, home-cooked meal, we dart into Chipotle or hire the services of some meal delivery enterprise to feed us from one night to the next. 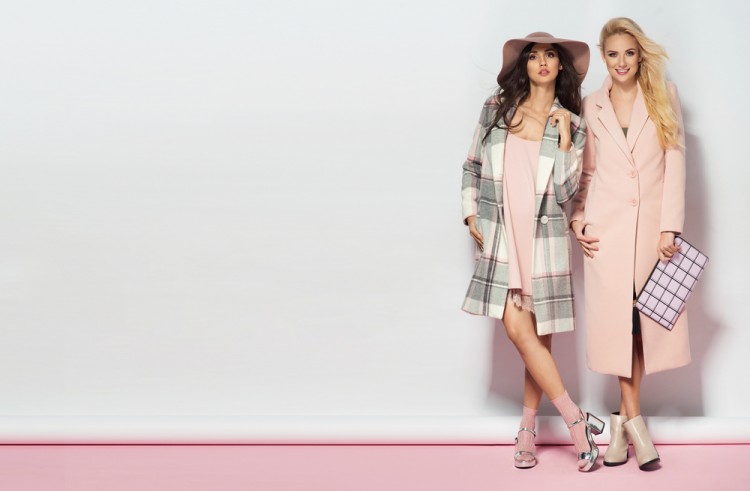 Even on weekends, when time is in seemingly vastly greater supply, the invasive tendrils of corporate life often suffocate leisure activities.  Long walks in the park become quick jaunts around the block.   Dates to catch up with friends and family over hours-long meals turn into “let’s grab coffee,” and passion projects routinely end up shelved for Netflix binges.

Perhaps the greatest casualty of added work-related time commitments is an activity considered sacrosanct within circles of female employees, regardless of the generation to which they belong: retail therapy.  For many, gone are the days where idle hours could be passed frivolously in boutiques and chic couture shops perusing the racks for the latest en vogue pieces and hard-to-find trinkets.  The entire shopping process has changed, moving from stores to cyberspace, and brands everywhere have caught on.

In an effort to keep up with these changes, women’s fashion purveyors have transformed the shopping experience, making stylish items available at competitive prices with delivery options available that are capable of getting orders to their buyers in mere days, if not hours.

Curious to see which companies were leading the pack in this shopping shift, we did a bit of digging, and came back with three harbingers that sort of trumpeted the arrival of this new trend in the way that women shop for clothes: Lulu’s, Tobi, and Nasty Gal.

Specializing in fashion for young women, with an array of offerings ranging from shoes and jewelry to tops and dresses, each of these stores boasts a considerable presence as retailers domestically, as well as in a plethora of foreign markets.

If there’s one unwavering truth in the world of business, however, it’s that where success comes to one, competition inevitably follows.  As such, we wanted to know which companies offered the greatest threat to these three leviathans of ladieswear in the coming years.  Seeking out businesses with similar profiles, we came up with a list of eleven, which follow below, in no particular order of ‘threat’ to the aforementioned companies.  If you find this list intriguing, you may also enjoy our ranking of the Largest Online Retailers in the World.  Perhaps you may even find that one of the companies from this list pops up there as well.

At any rate, without further ado, enjoy our list of stores like Lulu’s, Tobi, and Nasty Gal.