Want to find out which are 11 most romantic things to say to him? Have you ever felt like you want to say to your boyfriend or husband how much you love him and can not find the right words? We want to help you, because even if you adore your boyfriend, that doesn’t necessarily mean that you know how to give voice to your deepest feelings.

Were you wondering when is the best time to say the L word? Well, if you feel that he is deeply in love with you, don’t think that boys don’t want to hear how much you love them, too. If you have already heard one of 11 most romantic things to say to her coming from your boyfriend’s mouth, be sure that he cares about you and that he is probably wondering if you feel the same. Be creative! Make him a special dinner, take him to dancing or just organize a surprise trip! It’s 21 century after all and it’s not like only the guys have to be romantic! 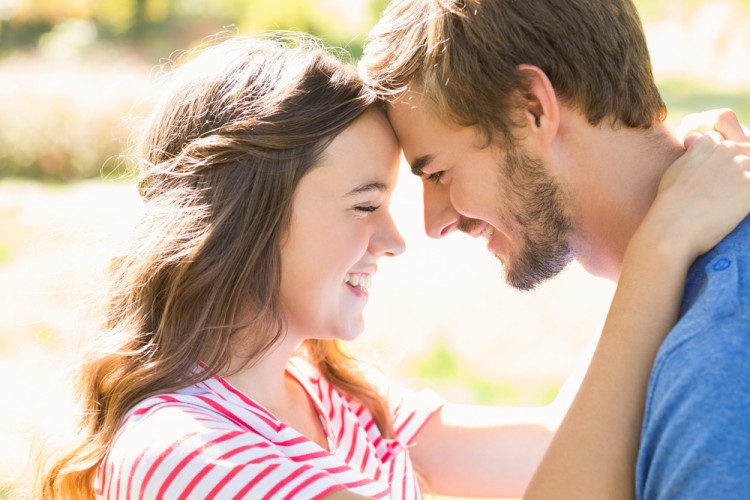 We won’t  define romance, mainly because  everybody was in love at least once in their lives. But we will remind you on one of the most beautiful stories about love and longing for the dear ones. Aristophanes, a playwright of Athens, talks about love in Plato’s Symposium when six friends gathered to drink wine and praise Eros. Aristophanes tells the story about the mythical beings who consisted of the both sexes combined in three ways: masculine and feminine, masculine and masculine, feminine and feminine. They were the perfect beings and the Gods thought that they could take over the Olympus. So the Gods thought that the creatures were too strong and decided to split them apart! They are cursed ever since to seek for the other part wandering around the planet. That’s why it so hard to find the other half of oneself and express one’s love to another person. I love this story and one of the best “definition” of romance might be the punch line in Socrates’ speech, when he describes love as the lack of being.

Beautiful story, isn’t it? Maybe we inspired you to write a story or a poem dedicated to your boyfriend. If not, these are the most common romantic sayings women tell to their lovers. We found them on the various websites, such as Romantic Ideas in Life, Lovepanky, Love to know, Ezine articles, Her interest, and Romantic Love Messages.  We tried to find the quotes that are most common, so let’s check out together these beautiful romantic things you can say to the man you love. Stay tuned, because you will be surprised when you see our number one!