Food is the most important commodity in the world and the 11 countries with the highest agricultural exports in the world understand this fact very well and put a lot of effort into developing technologies to improve their output. In fact, as you will see from the list that we will present later, some of the top agricultural exporters have relatively small areas and managed to achieve high volume of exports through developing technology and investing in workforce education.

Earth’s population is expected to reach almost 10 billion by 2050. According to the UN’s Food and Agriculture Organization, this will result in an increase in demand for agricultural products by at least 50% compared to 2013. One way to reduce the need for increasing the global food production is through cutting losses and waste. The world is currently producing more than enough food to feed the entire population, yet there are around 1.2 billion people that are underfed. One of the reasons for this is the over-commoditization of food, which allowed financiers to speculate on agricultural futures and raise the prices for food items worldwide. The commoditization of food is due to the lack of regulations and the world governments together with the UN should address this issue by treating food as a human right rather than a commodity.

Food production is facing many issues and if demand is set to increase, these issues must be addressed. One of them is the migration of populations from rural to urban areas. The FAO estimates that 2/3’s of the world population will live in cities by 2050, which will result in fewer people being available to work in agriculture. Climate change is also affecting crop and livestock production. The recent hurricane Irma, which disrupted farming in Florida, is one of the latest examples. In addition, higher food demand might lead to the need for more natural resources like land and water, which would require more deforestation. 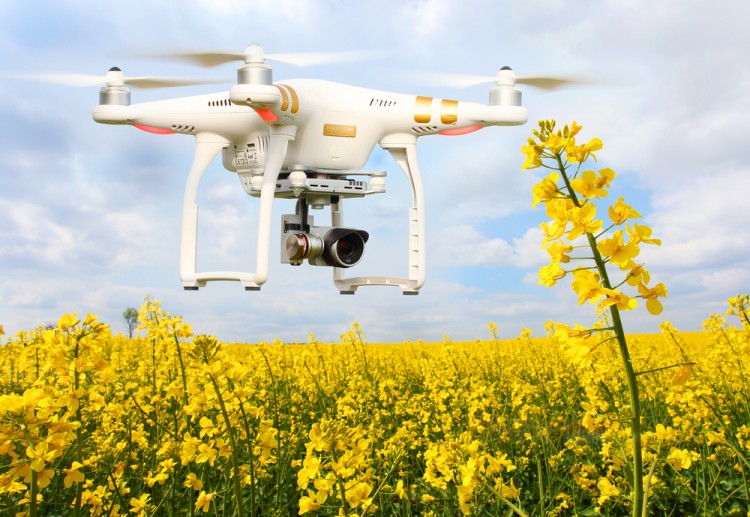 However, all these issues can be addressed through technology and the latest trends are pretty positive. More and more farms, especially in the developed world, use “smart” irrigation systems that analyze the quantity of moisture in the soil and dispense just the exact amount of water automatically. Sensors and drones are widely used to analyze fields and identify the need for fertilization, to identify infestations with weeds and parasites, and even fix these problems automatically, which makes farming less labor intensive. Biotechnology is also helping to improve output through making more efficient crops, thus eliminating the need for more land.

Businesses are also shifting from their traditional business of selling seeds, equipment or chemicals and are focusing on data. They develop platforms that work in the cloud and collect data on crop production and analyze other metrics like weather, weed infestation, and water requirements. This will allow farmers to work more efficiently, while companies will be able to identify some of the more common issues and address them through their products.

Having said that, let’s take a look at the 11 countries with the highest agricultural exports in the world and the trends that shape their food production, allowing them to stay at the top. Some of the countries in this list that have more land available for farming are also among the 8 countries that produce the most grain in the world.

Macy’s Inc (M): Seems to be No Way Out Says Jim Cramer

15 Largest, Most Popular and Successful Fast Food Chains In The World
Monthly Newsletter Strategy
Download a free copy of our newsletter and see the details inside!
Hedge Fund Resource Center
Lists