The tech sector has always been one of the most popular among investors, but it has also been more volatile in comparison with the broader market. In the last couple of months, many tech stocks have taken a hit amid concerns about an escalating trade war with China and raising interest rates that might affect the overall stock market.

However, the second half of 2018 has been tough on tech stocks. Since the beginning of July, the NASDAQ Composite index is down by 6%. By comparison, the S&P 500 is down by just 1.6% and the Dow Jones Industrial Average is up by 2.2%. 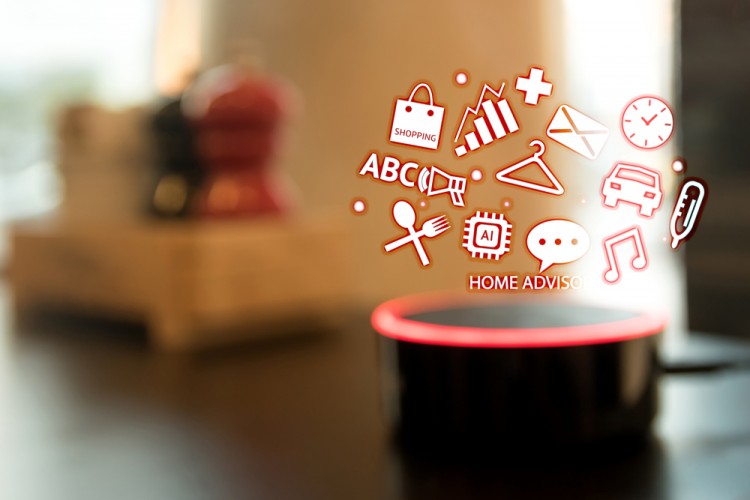 Nevertheless, tech stocks are highly popular among hedge funds. Among the 645 smart money investors that Insider Monkey tracks which filed 13Fs during Q3, seven out of the 10 most popular stocks (see the 25 Most Popular Stocks Among Hedge Funds in 2018 for all the details) were in the technology sector. Moreover, all but one of them saw an increase in the number of bullish investors. However, when looking at the most popular tech stocks among hedge funds, we can see that the majority of them have suffered double-digit drops since the beginning of the second half of 2018. Granted, the long-term performance of these stocks is much better and over the long-run, following hedge funds into their favorite tech stocks would yield solid results.

However, when it comes to building your portfolio based on the favorite stocks among hedge funds, a better approach is to focus on the 100 best performing hedge funds. Our strategy has topped the market by over 40 percentage points in the four-plus years since it was launched. You can take advantage of our strategy by signing up to our quarterly premium newsletter, in which we present the stock picks from our flagship best-performing hedge funds strategy. In addition, you can check out our monthly newsletter that focuses on activist hedge funds and presents the best approach to imitate that fund.

In the meantime, let’s take a close look at 5 of the 10 most popular tech stocks among hedge funds, seeing how they’ve performed in the last couple of months and what’s in store for them.

In Electronic Arts Inc. (NASDAQ:EA), there were 79 funds holding shares at the end of June, compared to just 61 funds a quarter earlier. The stock of the video game developer has lost more than 30% since the end of June, even though the company’s last two earnings reports exceeded expectations. For the third quarter, Electronic Arts Inc. (NASDAQ:EA) posted EPS of $0.83 and revenue of $1.29 billion, up by 34% on the year. Both figures topped the estimates of $0.38 and $1.18 billion, respectively. However, following the report the stock dived, as investors were disappointed in the company’s guidance. For the holiday fourth quarter, Electronic Arts Inc. (NASDAQ:EA) expects revenue of $1.38 billion, versus the consensus estimate of $1.77 billion, while annual revenue guidance of $5.15 billion was also slightly lower than the expected $5.23 billion.

The number of bullish investors in Paypal Holdings Inc (NASDAQ:PYPL) inched up by two to 86 during the April-June period. Since the end of that period, the stock has dipped by 4%. Over the last month, Paypal has signed a number of agreements with major companies that should substantially expand its operations. One of the deals was with Walmart Inc (NYSE:WMT). The retailer will provide cash-in and cash-out money services at its stores for a fee of $3 per service. It will allow users of Paypal Holdings Inc (NASDAQ:PYPL)’s mobile app to withdraw or deposit cash by using their accounts at select brick-and-mortar stores. Another deal was with Chevron Corporation (NYSE:CVX), which will allow drivers to use PayPal at gas pumps. In addition, Paypal Holdings Inc (NASDAQ:PYPL) has recently expanded its partnership with American Express Co (NYSE:AXP), which gives American Express card holders more benefits, such as being able to use membership reward points at PayPal merchants, send money through PayPal or Venmo directly from their American Express’ mobile app, and more.

NXP also saw a substantial increase in bullish sentiment, with 94 funds disclosing long positions in the company as of the end of June, up by 22 funds over the quarter. It’s interesting that hedge funds piled into NXP Semiconductors NV (NASDAQ:NXPI) amid the break off of its acquisition by QUALCOMM, Inc. (NASDAQ:QCOM). In 2016, Qualcomm agreed to acquire NXP for $47 billion, but in July 2018, Qualcomm decided to drop the deal after it had been held up by the Chinese government for too long. In addition, Qualcomm paid NXP Semiconductors a breakup fee of $2 billion. Since the deal was scrapped, NXP Semiconductors NV (NASDAQ:NXPI)’s stock is down by 15%. The stock’s decline was offset by a recent rally, which has taken the stock 18% higher since October 26. A big factor contributing to the rally was a strong third-quarter earnings report, which showed EPS of $5.60 and revenue of $2.45 billion, the latter of which beat estimates by $30 million. The company also shared better-than-expected fourth-quarter revenue guidance. NXP expects fourth-quarter revenue of between $2.32 billion and $2.47 billion, versus the consensus estimate of $2.09 billion.

The number of investors tracked by our database long Alibaba increased by six to 117 during the second quarter. Alibaba’s dominant position on the Chinese eCommerce market didn’t help it avoid the same sell-off as its peers across the ocean. Since the end of June, Alibaba Group Holding Ltd (NYSE:BABA)’s stock has slid by over 22%. However, the company has seen a number of positive developments that might cause its stock to reverse trajectory. On November 11, Alibaba held its annual ‘Singles Day’ sale, which is one of the largest shopping events not just in China but around the world, as its transaction volume usually surpasses those registered on Black Friday and Cyber Monday combined. This year, the ‘Singles Day’ sale ended with a record volume for Alibaba Group Holding Ltd (NYSE:BABA), as it managed gross merchandise volume of almost $31 billion, 27% higher compared to 2017. Nonetheless, Alibaba’s CEO Daniel Zhang said during a CNBC interview last week that the eCommerce behemoth plans to make cloud computing its main business in the future. Currently, the segment’s revenue is skyrocketing. Last quarter, Alibaba’s cloud services had $820 million in sales, up by 90% on the year.

137 hedge funds held Amazon shares at the end of June, up from 130 funds at the end of March. Compared to the end of June, Amazon’s stock is close to flat, but it has gained 44% since the beginning of the year. Moreover, at the beginning of September, Amazon’s market capitalization briefly touched the historical $1 trillion mark, with the company briefly becoming the second to reach the milestone, one month after Apple Inc (NASDAQ:AAPL). And speaking about Apple, Amazon.com, Inc. (NASDAQ:AMZN) has reached a deal with the iPhone maker which will allow Apple to sell its products directly on Amazon. The eCommerce platform will remove third-party listings so that only Apple or authorized resellers will be able to sell those devices on Amazon.

In addition, Amazon.com, Inc. (NASDAQ:AMZN) is making great progress with its logistics business. According to some reports, the pilot shipping program that is currently undergoing testing in Los Angeles comes with big discounts that make Amazon’s shipping much cheaper compared to competitors like FedEx or UPS. The service currently involves only small packages shipped between third-party merchants and Amazon warehouses in LA and doesn’t cover final delivery to buyers’ homes, but it shows that Amazon.com, Inc. (NASDAQ:AMZN) is willing to go to great lengths to handle all aspects of the eCommerce supply chain.

The other 5 entrants among the 10 most popular tech stocks among hedge funds includes Apple Inc. (NASDAQ:AAPL), Altaba Inc (NASDAQ:AABA), and Alphabet Inc (NASDAQ:GOOGL). Take a look here to check out the latest hedge fund activity surrounding these stocks, the catalysts behind their moves, and also which two tech stocks are at the top of the list with the most bullish hedge fund shareholders.