What are the 10 most expensive cars of all time? Before we find out, I should point out a caveat. This article doesn’t include vintage cars that sold at auction for millions of dollars, like the 1998 McLaren F1 that was sold for $13.75 million. Those cars are cars in the same way as a Picasso painting is a wall poster. They are pieces of art that are nice to look at and if you own one of those you can also touch it and maybe lick it (if you are into that sort of thing). So, the cars I included in the list are fairly new and they represent masterpieces of technology and style that can actually be driven and make you feel all tingly inside just by looking at them.

Growing up with the Top Gear show, I absolutely love cars, and when I say love, I mean I like looking at them and reading about them, because spending my entire adult life moving around Europe, I haven’t gotten a chance to actually own a car and I don’t even have a driver’s license, although I am working on that and plan to get some wheels in a couple of months. Writing this article makes me feel excited, but also sad, knowing that the most expensive car I can probably afford is something like a Ford Fiesta. 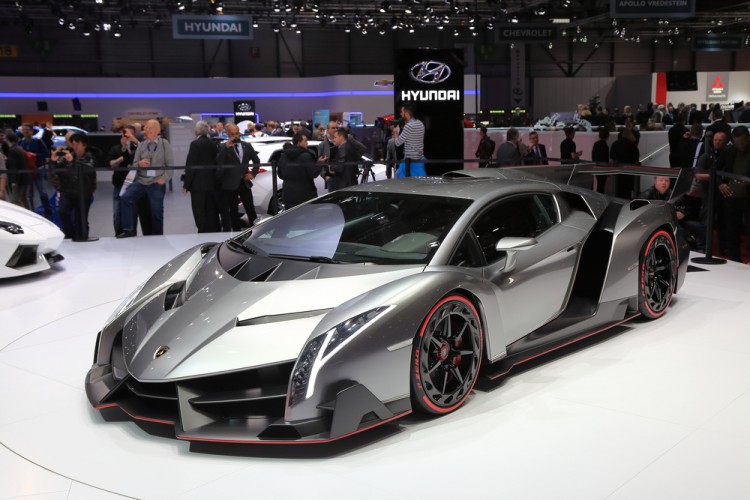 Anyway, the transformations that the car industry has gone through over the last couple of years are truly amazing, as more and more companies transform cars from a couple of moving parts into sophisticated machines with computers and electronics that do a lot of things for the driver, improving the safety and experience for the occupants of the vehicle, and for people in other cars or on the streets. Just look at what Tesla Inc (NASDAQ:TSLA) has done. It entered the car manufacturing industry as a high tech company and revolutionized it with its fully-electric long-range vehicles that can also drive themselves.

Despite the fact that it doesn’t have a scale of production comparable to auto giants like Ford Motor Company (NYSE:F) or General Motors Company (NYSE:GM) and delivers a lot less cars, which cost a lot of money, Tesla Inc (NASDAQ:TSLA) has managed to overcome a lot of struggles and recently became the most valuable publicly-traded car company on the U.S stock market. So, in a way, Tesla Inc (NASDAQ:TSLA) showed the world that the future of cars is in electricity and is currently trying to solve the problem of generating more green energy to power these cars.

General Motors Company (NYSE:GM), Ford Motor Company (NYSE:F), Volkswagen, BMW, Mercedes, and other car companies are also embracing electricity and are either already producing or plan to produce cars that will have some sort of electric powertrain. And it makes sense, since aside from being safer for the environment, electric or hybrid cars are more dynamic, as they generate instant torque from the moment you press the accelerator.

So, if you think that one of the top 10 luxury car brands in the world, like Tesla Inc (NASDAQ:TSLA)’s Model S and Model X cars are expensive, take a look at our list of the 10 most expensive cars of all time. To make it more fun, we included cars that are not road legal, but can be driven on tracks and cars that were released in limited editions, so you are unlikely to seem them even if you live in Monaco or Dubai.