In the world full of division and injustice, we tried to present you a completely different picture, and deliver the list of 10 least segregated cities in America.

Though the legal segregation in America is not enforced anymore, there are still some cities where the notion of division can be extremely felt in terms of separated neighborhoods, and exactly these situations and the constant feeling of being different, superior or inferior, bring to lots of crimes that are happening day by day. If you want to know more about this, consult our list of 10 Most Racist Cities in America Ranked by Hate Crimes, but this article is striving to give you a brighter presentation of the way how people may live together and not segregated. 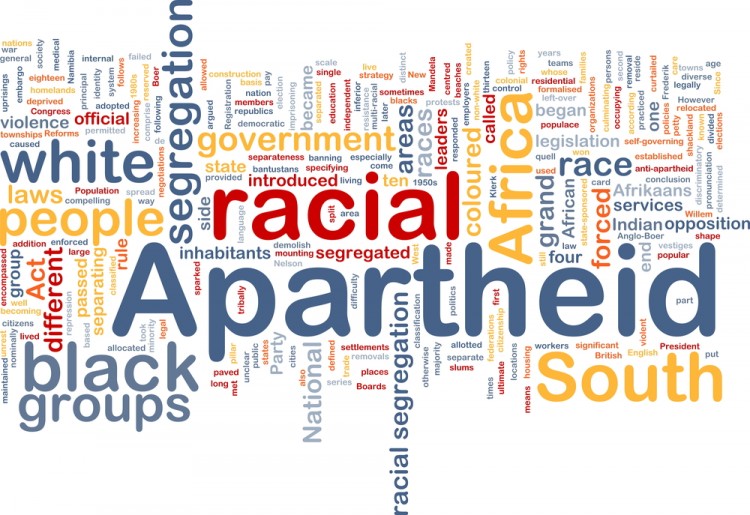 Taking into consideration that racism is usually the core of most of the issues and crimes in America, we took racial segregation as the major point when creating the list, including white and black people, Latinos, Asians, and the category of “Other”, which cover for the people of mixed race, Native Americans, and Pacific Islanders. The information we found on Priceonomics, where the data was collected through the American Community Survey, were very much useful and helped us on this road. In order to get the objective picture, Herfindahl-Hirschman Index (HHI) was used in this case, and it is basically the main tool that economists use to check the diversity of the market. Every result that is below 1 is considered to be quite successful and diverse. Following this, and the map on racial segregation that Wired offered on their website, we managed to come up with our own list, combining the two previous sources and analyzing each city separately further on. This was not an easy task at all, since there are no specific data about the percentage regarding the integrating neighborhoods in big cities, but we’ve done our best to dig all of the available data that we could find. City Data was also very much helpful in collecting the general demographic information.

Some of the cities on the list may surprise you, while some of them you probably expected to be there, but in general, the issue is much more complex and deserves your attention to the fullest. Many things brought to this situation today, and history is to be blamed in most cases. However, it is very important to remember that great and positive examples are everywhere, and that we can learn many things from them. This is one of the main reasons we buckled down to give you the list of 10 least segregated cities in America, and we hope to have your full attention here. Please enjoy the 10 Least Segregated Cities in America.

We start this list with Tucson, a city located in Arizona, and there are many reasons to believe that it deserves to be here, on the list of the cities which managed to conduct the racial integration and to manage living conditions for racially diverse people. With the overall number of inhabitants of 525,031, there are 74.97% white, 4.99% black, 2.76% Asian, 3.92% mixed race and 13,36 other people. Though the majority of the people living in this city are white, it is of a huge importance to note that Tucson is making a huge progress recently towards integration of various racial groups. It has a tendency to develop neighborhoods where not only one racial group will live, but several of them, creating a diverse environment. 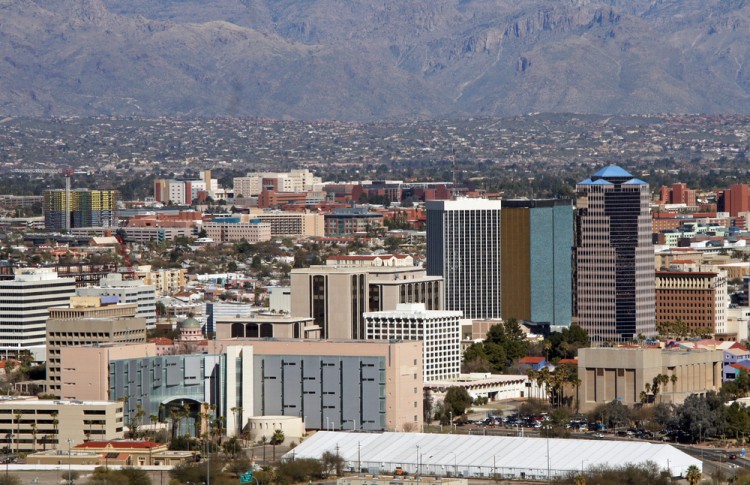 We are continuing our list of least segregated cities in America with Virginia Beach that is one of those cities that show that the city does not have to be racially diverse in order to be racially integrated. With the number of inhabitants of 445,623, there are 68,12% white, 19,18% black, 6,49% Asian, 4,44% mixed race and 1,77 others. Mixed areas are quite common in this city, and though not those that include all of the racial groups together, but those that include black and white almost equally present, and white and Asian neighborhoods as well. This is great progress for the city that was considered to be quite segregated in the past, so it is probable that the integration is going to increase in the future. However, even with the situation as it is now, Virginia Beach definitely deserves to be on our list. 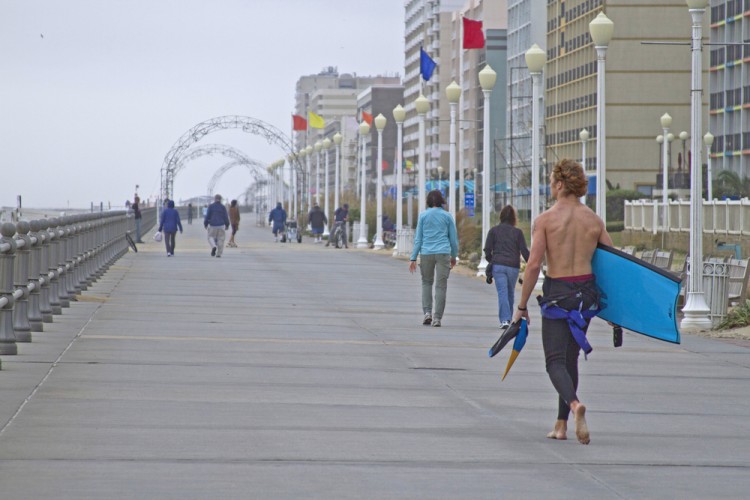 Though the city of Oklahoma that’s up next on our list of least segregated cities in America did not always have the reputation of a city that is friendly toward the neighborhoods that are racially integrated, such places are now present more than ever and became a usual thing for most of the inhabitants of this city. It counts around 579,999 people, out of whom there are 62,7% white, 15,1% black, 4,0% Asian, 5,2% mixed race and 13% others. Now, more than ever, you may find friendly environments in Oklahoma for all of the people equally, and while 30 years ago there were more than 70% of the neighborhoods with almost all white people, the situation nowadays changed drastically, and now there are only 4%, being reported by NewsOK. Oklahoma definitely made progress regarding this issue, and can serve as an example to many other cities in America and worldwide. 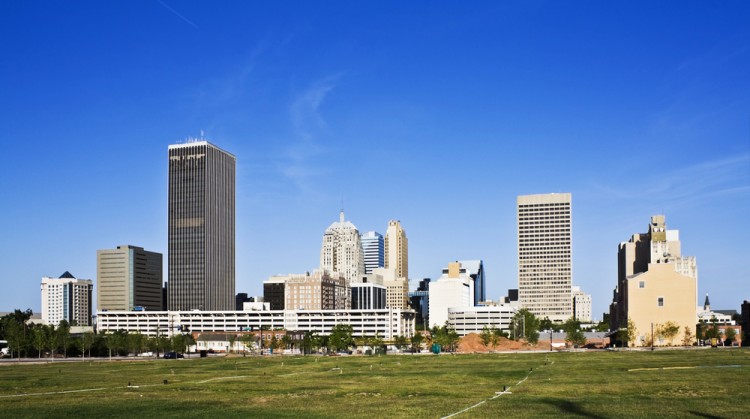 Surprisingly for most people, this city actually has a history of racial integration in neighborhoods, educational system, and public space in general. Out of its 912,791 inhabitants, there are 48.7% white, 35.1% Hispanic/Latino, 8.1% black, 6.3% Asian and 3.4% other. In general, Texas is really doing great regarding, not just racial diversity, but also racial integration, which is our main concern. One of the main things that the city of Austin recently did to improve the racial integration is the plan for building affordable housing, and to manage neighborhoods available to all of the people, which brought to creating racially diverse places for living. Austin is definitely one of the cities that embrace diversities, and it deserves the place on our list. 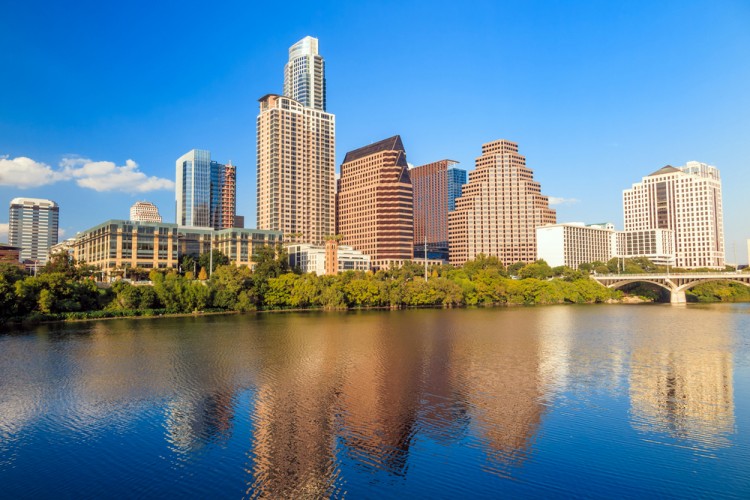 Being located in the state that is in the southwestern region of America, it is not surprising that this city is very friendly towards the neighborhoods that gather so many different people at one place. Around 448,607 people live in this city that ranks 6th in our list of least segregated cities in America, out of which there are 71.6% white, 3.1% black, 2.2% Asians, 4.3% mixed race and 18,8% others. Though the statistics may be quite confusing in terms of realizing how the city where white people are up to this percentage, it is important to note that the city does not have to be statistically diverse, but rather geographically integrated, which is exactly the case with Albuquerque. Albuquerque Journal even brings the news that New Mexico has better performance in terms of racial integration and racially diverse neighborhoods than three-quarters of the other states, which is definitely one of the reasons it is on our list. 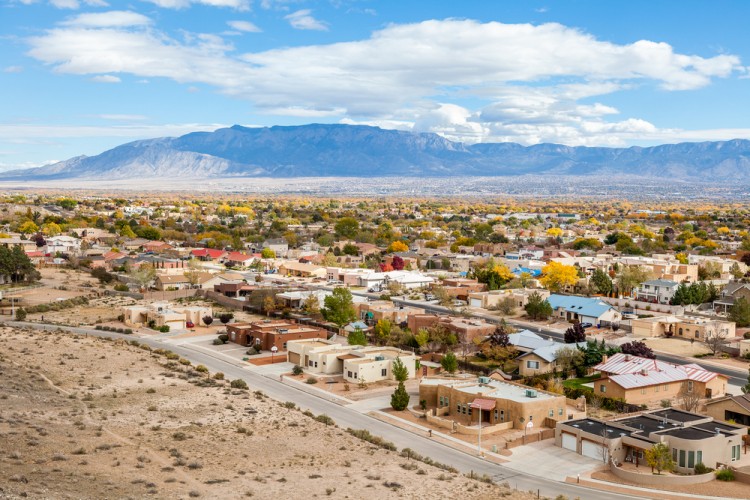 What people say for this lovely city of Texas is that it is the place where South and West successfully meet, and it is probably one of the reasons why this city keeps the place of one of the 10 least segregated cities in America. Out of its 534,694 inhabitants, it has 75,3%, and though it sounds a little bit too much in comparison to the fact there are 18,5% black, 4,1% Asian, 0,06% mixed race and 2,04% others, this city still has an excellent performance in terms of the neighborhood racial integration. Though there are still the neighborhoods that have more than 80% of white people, they tend to be reduced to a minimum, while the other places where there are almost equal number of white, black and other racial groups increased within the last year and this city has a great chance to be ranked even higher in the future. 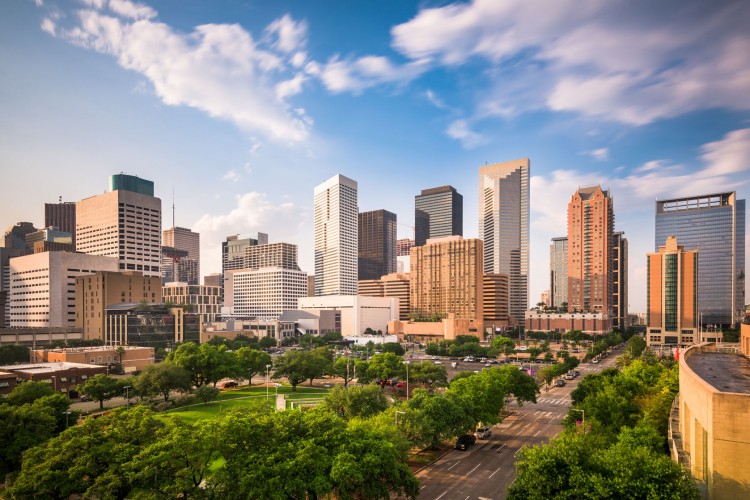 We are aware that when you think of Las Vegas, the number 4 in our list of least segregated cities in America. you immediately think about the shiny city that is perfect for having fun, visiting casinos and testing your luck. However, this quite interesting and one of the most famous American cities has one more impressive characteristic – it is considered to be one of the most integrated cities. It has 597,353 inhabitants, out of which there are 65.67% white, 11.40% black, 6.33% Asian, 4.49% mixed race and 12,11% others. However, these statistics show how diverse the city generally is, and it does not differ from most of the cities in America, but its neighborhood integration is on the top of the scale. More and more neighborhoods inhabited by whites and other minorities appeared within the last decade, and it is mostly because of the new neighborhoods that were not inhabited before and do not have the history of white inhabitants, so they immediately started as a rather diverse place to live. 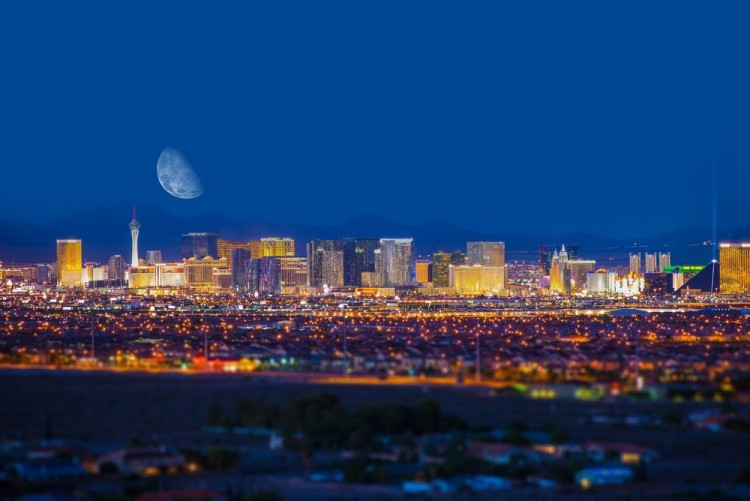 California, the next one in our list of least segregated cities in America has definitely been very successful regarding the racial integration, and some of the neighborhoods in San Jose are very attractive in this regard. This city has 945,942 inhabitants, out of whom there are 42,8% white, 3,2% black, 0,9% American Indian and Alaska Native, 18% Asian, 5% mixed race, 27,2% Hispanic/Latino and 2,7% others. Overall, it is important to note that there is no major race here, which makes it a little bit easier to think about the integration. Inhabitants of San Jose are generally moving towards the integrated neighborhoods, and it seems that it functions perfectly for all of them, since there are more and more places where there is no majority regarding the race, but all of them successfully mingle and manage to live, communicate and work there. 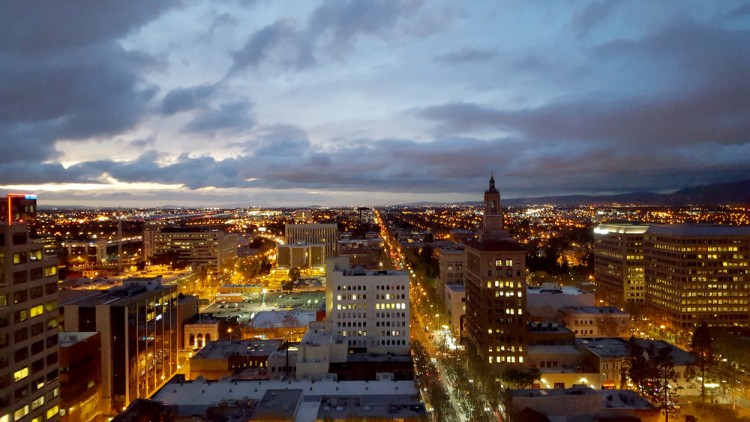 Proudly being at the second place of our list, Long Beach is also regarded as one of the least segregated cities in America. With 468,594 of inhabitants, there are 53,63% white, 12,97% black, 13,06% Asian, mixed race 6,29% and 14,05% others. As the numbers show, white people are the majority in terms that there are more than a half of them living here, but that does not affect the notion of the city having great conditions for neighboring integration. Long Beach made a huge progress regarding the integration in the last few decades, not just in integrating more in the neighborhoods and managing to live together, but also regarding the universities and education, which definitely affected the fact that today it is highly ranked regarding this issue. To confirm the previous notion, it is of huge importance to mention Long Beach Unified School District, that gathers students of various races and social background, offering quite affordable education for everyone and at the same time promoting diversities as a great thing. 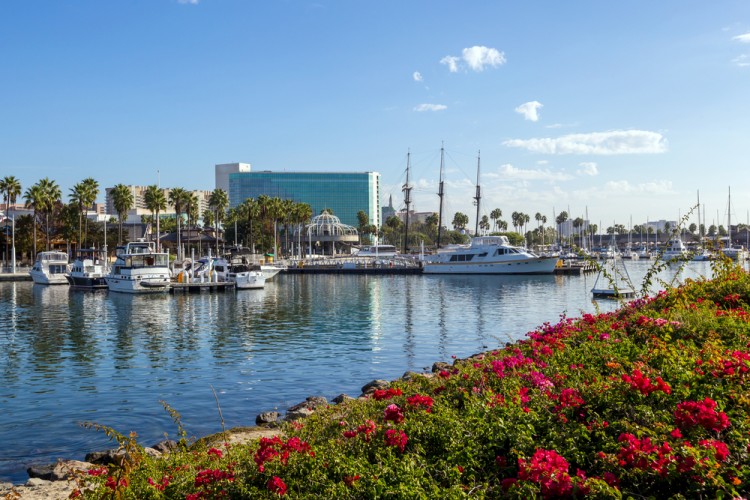 Surprisingly or not, Sacramento takes the first place on this list, and all of the other big cities in America should follow this example. Not just that it is so racially diverse, to the point where even whites are the minority, having 43% white, 14,6% black, 20,9% Hispanic and Latino, 18,3% Asian and 3,2% others, it is also very much integrated, regarding the fact it barely has segregated neighborhoods. The city has got 466,488 inhabitants, and it seems that many things contributed to the fact it came to the point of being the city with the least percentage of segregation. Among all, the city provided very convenient conditions for affording a real-estate even to those belonging to the middle or lower class, which brought them to the Bay Area that was not affordable to them one decade ago. Eventually, Sacramento gave us food for thought and the hope that any city can become a better place to live in, being the reason why it is the winner of our list of 10 least segregated cities in America. 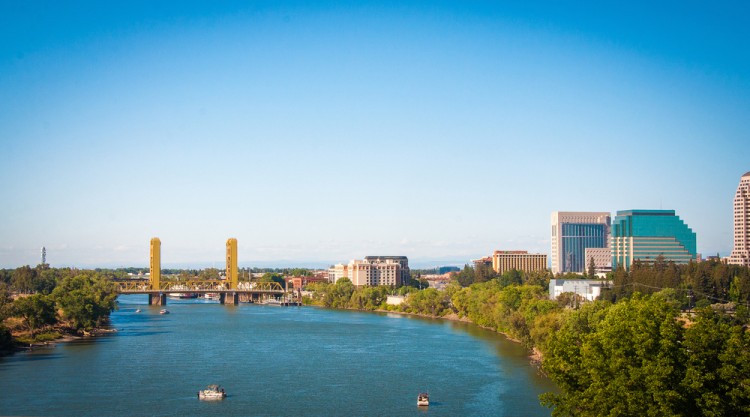