The largest oil tanker shipping companies in the world facilitate the majority of crude oil trade globally. They ship hundreds of billions of barrels of crude oil each year. An oil tanker is a ship which is used for the transportation of oil across oceans. Oil tankers are of two types – crude tankers and product tankers. As the name suggests, crude tankers transport crude oil while product tankers (generally smaller in size) move refined oil products. While oil tankers have been around since the 1850’s, supertankers came into vogue after the 1950’s when it was realized that larger tankers were more cost effective in transporting oil.

Oil tankers come in a variety of sizes which is measured in deadweight metric tons (DWT). Crude tankers are among the largest, ranging from 55,000 DWT Panamax-sized vessels to ultra-large crude carriers (ULCCs) of over 440,000 DWT. The largest ULCCs can range in size up to half a million DWT and carry 3 million barrels at one go. Oil tankers are not only the only option to move oil apart from pipelines but also the cheapest option at just around 2 cents per gallon. It is estimated that around 2 billion barrels of crude oil were transported by oil tankers last year.

Tanker day rates indicate the dynamic between supply and demand for oil tankers which are determined by a number of factors. Besides transportation, oil tankers are also used as storage by oil traders who can gain from arbitrage between physical and future oil trades. The 10 largest oil tanker shipping companies in the world are a mix of both private and government owned companies. You might also want to check out the 10 busiest shipping lanes in the world to find out where these fleets operate. 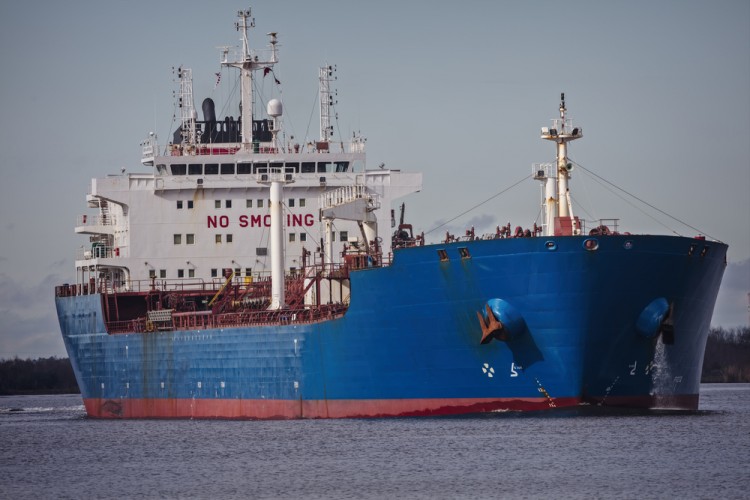 A number of companies specialize in the business of owning and operating oil tankers. These oil tanker companies own a variety of small and large ships for the movement of oil and generally lease out their oil tankers under long-term fixed rate charters to major oil producer and refiners. This helps in providing stability in terms of long term cash flows and profits. Most of these large oil tanker companies are incorporated in Bermuda or Monaco. We list the 10 largest oil tanker shipping companies in the world based on the data from Tankeroperator.com which ranked these companies based on their fleet sizes.