Companies 0 See All
Hedge Funds 0 See All
Insiders 0 See All
Institutional Investors 0 See All
Click here to see all results for Sorry, no results has been found matching your query.
Economy-ETF Trading-Lists-News

Share Tweet Email
Page 1 of 11
Next >>
How countries with political and civil unrest in 2017 handle their issues, and in what manner, while likely be a factor in how some of your investments play out over the course of the next year and beyond, so it’s important to know what’s happening. The world saw a large number of political and social surprises in 2016, with totally unexpected events becoming reality. “Brexit” was the biggest jolt that struck the capital markets, as every pundit and political analyst had predicted that the status quo would hold. The election of Donald Trump was another huge political surprise, as almost all polls had predicted a Clinton win going into the U.S Presidential elections. The growing trend of globalization and inequality is facing a huge backlash in some developed countries, where the citizens are reacting by voting against more of the same.
In other regions, the Middle East continued to be wracked by terrorism and war, as failed states have become a hotbed of chaos and Islamic terrorism. The Islamic State (IS) continued to pose a threat to civilized states despite facing a military onslaught on its main Syrian and Iraqi bases. Syria, Libya, Afghanistan and Iraq saw no signs of peace, while Yemen has become devastated by a war between Saudi-led Sunni forces and Houthi-led Shia forces. These are just a few of the countries with political and civil unrest in 2017. 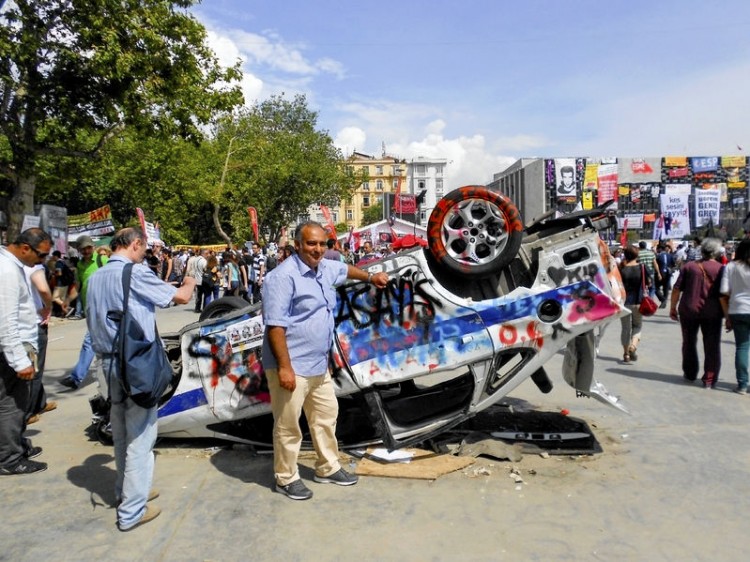 2017 promises to show increased geopolitical chaos with the inauguration of ‘America First’ President Trump. The Trump-led U.S plans to reduce its engagement with the outside world and let its allies bear more of the military burden in the Middle East and elsewhere. The foreign politics of the world’s biggest power is also uncertain, as Trump has threatened to upturn all major long standing policies of the country, including trade agreements like its longstanding North American Free Trade Agreement with Canada and Mexico, two of its biggest trading partners.
Elsewhere, China is looking to increase its dominance over Asia, bringing it into conflict with other Asian powers like India, Vietnam and Japan. The Middle East will see even more rising tensions between Iran and Saudi Arabia, while Erdogan-led Turkey increasingly becomes more of a dictatorship rather than a democracy. Europe continues to face a long-drawn debt crisis and is also facing the problem of millions of refugees pouring in from the failed or war-torn states in Africa and Asia. Latin America remains more or less stable, though Venezuela has descended into economic turmoil thanks to the misguided policies of its present Leftist government. The country has been facing hyperinflation and the general population has been pauperized despite owning the largest deposits of oil in the world. It looks unlikely that Venezuela’s situation will become stable until its present government is booted.
Investors have to be very careful of where they invest, as geopolitics take center stage with large parts of the world in a state of flux. Such countries are not good places to invest, as foreign investments in bonds and equities can quickly turn sour, as was the case with Turkish investments. The Turkish lira has depreciated sharply in the first few days of 2017, as political uncertainty takes a toll on the economy and investor sentiment.
In the article about countries with political and civil unrest in 2017 below, we’ll look at 10 countries that are going to face political and civil unrest in 2017, ranking them based on the size of their economy. For further reading on areas with a lot of unrest, be sure to also check out our previous feature story on the 25 Most Dangerous Cities in the World to Visit.
Share Tweet Email
Page 1 of 11
Next >>
Related Insider Monkey Articles