The climate of the world is changing fast, and perhaps none will be more affected by it than these 10 countries that will be underwater due to global warming.

Global warming in the world is resulting in thermal expansion. The temperature of the oceans has increased by 0.18°F over the past century due to greenhouse gasses emitted by several human activities. While this may not seem like much, it has actually been quite hazardous for planet Earth. Due to the rise in temperature, which has penetrated the ocean to a depth of approximately 2,300 feet, water is expanding. Simply put, sea levels are rising at a very high rate. Observation of the last twenty years shows that the annual increase has been 0.13 inches per year, twice the number of the preceding eighty years of the century!

Another consequence of the increase is the occurrence of more storms, cyclones, and hurricanes. Some countries possess more blame for the steady increase in temperature than others and you can find out more about them through our piece on the 11 worst countries that are responsible for global warming. 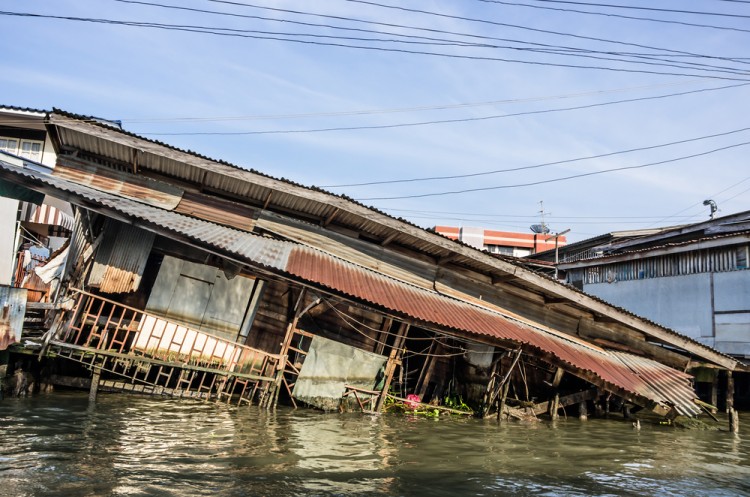 Environmentalists have predicted that the heat in the oceans will be extremely injurious to marine life and is expected to render various species completely extinct. However, that is not the only outcome, nor is it the most detrimental one. It has been forecasted that large portions of some countries will be fully submerged in a matter of decades. Considering this alarming repercussion of global warming, we decided to form a list of 10 countries that will be underwater due to global warming. To compile the list, we did heavy research relating to the effects of rising ocean levels on different countries. It was shocking to discover how severe the impacts are even at this point in time. One can only imagine what the future will bring.

The majority of the countries that face this risk are island nations and understandably so since these countries are composed of chains of tiny islands that can very easily be destroyed with one huge wave. Studies suggest that 147 to 216 million people currently reside in areas which will be below sea level by the time this century reaches its conclusion. While every human being hopes that this is not true, it seems quite inevitable. Keep reading our list of countries that will be underwater due to global warming for more details.