The world we live in seems to always be on edge, to always look for reasons to fight whether they’re real or made up, so it’s particularly frightening to know there are many countries that hold the future of the world in their hands, such as these 10 countries that have weapons of mass destruction.

Weapons of mass destruction come in many forms, including nuclear, radiological, chemical, biological or any other type of weapon that can kill large numbers of people or cause great damage to various structures. They have been used in the past, perhaps the most famous ones being those dropped on Hiroshima and Nagasaki which ended World War II. Following the wars, multiple international conventions and treaties were signed to prevent such events from ever taking place. The Nuclear Non-Proliferation Treaty, for instance, seeks to prevent the spread of nuclear weapons and weapons technology, promoting the peaceful uses of nuclear energy. Then there’s the Biological and Toxin Weapons Convention which was created to supplement the Geneva Protocol which prohibits the use, but not the possession or development, of chemical and biological weapons. 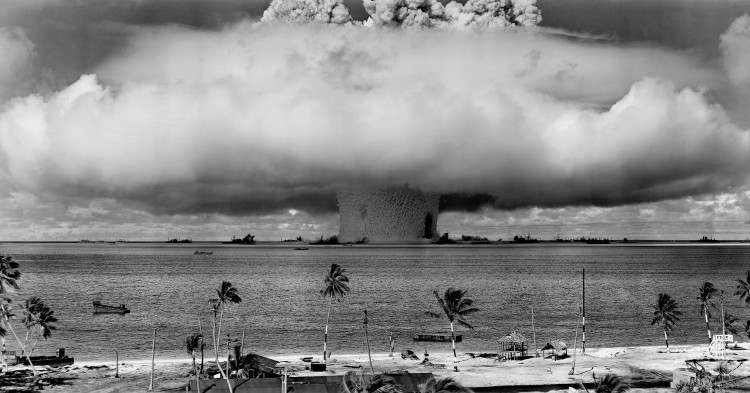 These documents and more are in place because the world needs a way to make sure that such weapons are not deployed, because just because we are able to create them, it doesn’t mean that we should. Living in a fear that nuclear weapons may be deployed or that chemical weapons may be used in war areas is not a great way to live. The two bombings from 1945 at Nagasaki and Hiroshima killed over 129,000 people and that’s nothing compared to the damage such weapons could do today.

These are only some od the issues in the world we can think about these days, as there are much more, such as these 10 Biggest Health Problems in the World in 2016. If we all don’t try to take certain measures to change the way things are going globally regarding these and other relevant issues, the question remains whether or not our grandchildren are going to have a safe place to live.

Back on the main topic – as we said earlier, there are multiple types of weapons that can cause mass destruction, varying from nuclear, chemical, biological and radiological, to name a few. We took a look at some of the numbers on these topics for the countries around the world. For some we found hard numbers, for others we awarded points if they had a working program in the development of such weapons. Of course, since this type of programs are mostly kept under wraps by authorities, there are allegations left and right, some more credible than others, therefore they should all be taken with a grain of salt.

Without further ado, here are the 10 countries that have weapons of mass destruction.