There is certainly no question of what everyone’s favorite protein is in the 10 biggest chicken producing states in America.

While pork is the most consumed meat in the world, the US is more inclined towards chicken. According to the National Chicken Council, the projected per capita consumption of broiler chickens in 2017 is 90.4 compared to the meager figure in the pork column, which totaled 51.0.

So why does chicken happen to be the first choice for Americans? Well, although chicken meat is absolutely scrumptious, its delectable qualities are not the only reason for its extreme popularity. The fact of the matter is that chickens are easy to raise, especially broilers, i.e. chickens that are bred for the sole purpose of producing meat fit for consumption. Broiler chickens are ready to be slaughtered in about six weeks of their birth, meaning poultry companies can dish out chicken meat faster than of other birds. Due to this quick supply, chickens are cheaper than beef or even pork. Companies like Tyson Foods, Pilgrim’s, Sanderson Farms and Perdue have recognized the potential of chicken in the American market which is why they are the top broiler producing companies in the nation. That is not to say that other meats are not at all significant in the total meat production of the country. The 10 States that Produce the Most Pork in America are the testament to that fact. 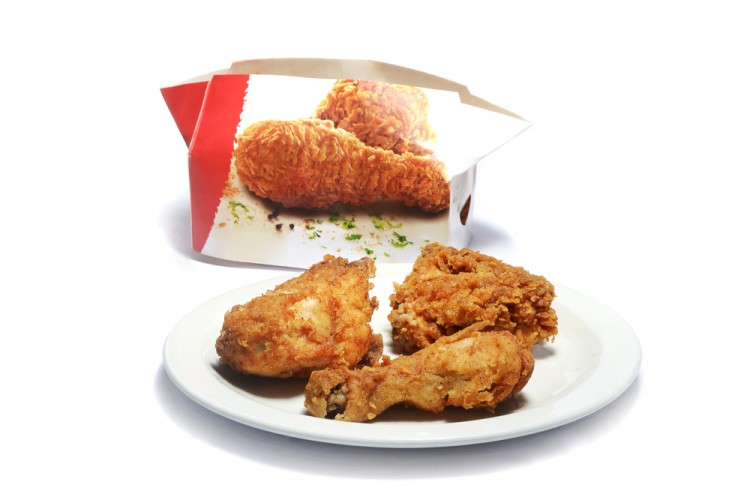 Although the US houses the largest broiler industry in the world and exports 19% of its chicken to the rest of the world, there are some serious issues that chickens bred for meat are facing in this country. Since modern broiler chickens are products of years of selective breeding, innumerable health problems are plaguing them, so much so that the whole situation is bordering on animal abuse. While some birds lose the use of their legs and end up lame, they are victims of various other diseases as well such as cardiopulmonary problems and sudden death syndrome. Sadly, it seems like these birds will continue to suffer while companies hungrily hoard profits stemming from the population’s high demand for inexpensive meat. Sure, organic meat has recently been gaining popularity, but not many can afford the price it brings with it.

Therefore, the demand for broiler chicken is not going down any time soon. That is probably why the United States produced 8.68 billion broiler chickens in 2015, equivalent to a total of 53.36 billion pounds. These statistics were extracted from the report on poultry issued by the United States Department of Agriculture. It’s the same source we used to formulate our list of the 10 biggest chicken producing states in America. For each state, we ranked separately the number of chickens produced, the number of pounds produced and the value of production in US dollars. The ranking was then combined giving rise to the final list. While some of you may be thinking that all these criteria are essentially the same thing and every state must have ranked equally for all three of them, that is not the case. For example, some states produced fewer chickens, but the pounds those chickens yielded were more in comparison to the other states. Therefore, we made sure that each criterion was given uniform importance.