10 Best Places to Retire in Panama

If you are still undecided where to spend your retirement days, our list of best places to retire in Panama may give you some clarity.

Why would Panama be a country for you, you ask? Well, if you are retiring, you may well do it in the country that had been marked as the best retirement destination in 2016 and second best retirement destination in 2017 by International Living. This magazine has been making such lists for a quarter of a century, so you can be sure they know what they are talking about. In order to make their list, the magazine took into consideration multiple factors including the cost of living, infrastructure, lifestyle, difficulty in obtaining residence and much more. In 2017 Panama excelled in all factors, being narrowly beaten by Mexico for the top spot. International Living says that the “ease of living” is what attracts retirees to live here, alongside natural attractions, modern infrastructure, and friendly environment. Being retired in Panama means getting the full package. That was confirmed in the World Happiness Report, which ranked Panama as the 30th happiest country in the world. For comparison, Panama is better ranked than France and Spain. 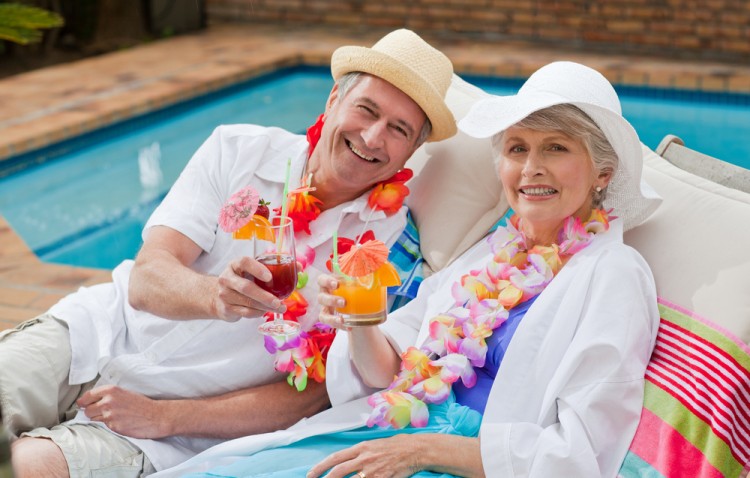 Health care in Panama is provided by both government and the private sector. Private insurance has a better quality and is a lot cheaper than in the United States. According to WHO, the country spends 8.0% of GDP on health, while the life expectancy is at 78 years on average. Many doctors that work in the country are trained in the United States or Europe, so you can expect a satisfying care, especially in the metropolitan areas. The problem is that the rural areas of the country are often understaffed since physicians prefer being located in bigger cities. There are 1.59 physicians and 1.4 nurses alongside 2.2 hospital beds per 1,000 people.

Security and safety situation isn’t all that great. Crime and Safety report from 2017 for Panama compiled by the United States Overseas Security Advisory Council tells us that there is a significant crime threat in Panama. Although the situation is more favorable compared to other parts of Central America, you should still practice caution. This especially goes for the country’s big cities where the crime rates are the highest. The crimes include shootings, robberies, and theft. Residential burglaries were especially on the rise in 2017. The good thing, however, is that the rates of homicides, armed robberies and petty thefts all went down in 2016 compared to 2016. The shaky safety situation was recognized by the World Economic Forum report which ranked Panama at 79th place compared to other countries in terms of safety and security. If you are looking for a retirement destination that doesn’t have these issues, check out our list of Best Places to Retire in Canada.

In order for us to come up with a list of best places to retire in Panama, we have looked into recommendations from multiple sources including the Huffington Post, US News, Richard Detrich and International Living among others. The places that were recommended the most were then checked for the meal prices in an inexpensive restaurant and for the cost of rent for renting a one bedroom apartment inside and outside the city’s center. We obtained prices from Numbeo and Expatistan while also using contributions from users on various forums. Each place was awarded points for the cost of the meal and rent alongside the hospital to population ratio. The information displayed for the hospital to population ratio tells you (in theory) how many people are assigned to one hospital (taken from Google Maps).  Extra points were given for favorable weather averages. The information about weather averages was taken from World Weather Online and can tell you the highest and lowest monthly averages for temperature, rainy and sunny days in one year. We hope you’ll enjoy the list of best places to retire in Panama.