Moving to a new location can be quite thrilling, even if a bit terrifying at the same time, but doing this when you reach the retirement age can be seen as an adventure, so this time around we’re going to take a look at the 10 best places to retire in Delaware.

If moving to a new state is something you take into consideration and you’re trying to figure out where to go, then Delaware is as good as any other option. Located in the Northeast megalopolis region in the Untied States, Delaware is an interesting state, even if it’s not exactly the largest one out there. In fact, it is the second smallest state, and the sixth least populous in the entire USA. On the other hand, it’s quite densely populated, so that’s also something you should take into consideration since there’s little elbow room to go around. Some 945,000 people call Delaware home, a state that spreads over 1,982 square miles, making for a population density of 469 people per square mile. 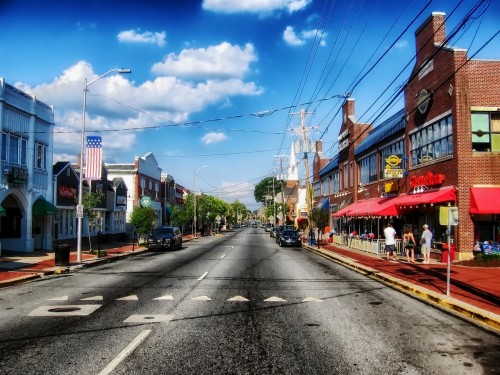 When it comes to the state’s topography, well, Delaware is quite flat, with the highest elevation barely deserving any mention. The state has a rather long coastline with the Atlantic Ocean, so that’s something you might enjoy if you decide upon moving here. The climate in Delaware is somewhere between humid subtropical and continental, depending on the area we’re talking about. Some have large amounts of snowfall while others are more moderate, closer to the Ocean. If you’re looking for other ideas, you can check out another list we published regarding the 10 best places to retire in Connecticut.

In Delaware, the median home price is $195,700, while the cost of living index is 110.5, with 100 being the average across the United States. The crime rate in the state was calculated at 52, with 1 being the lowest crime rate. If you’re not yet convinced about Delaware, perhaps you could take a look at the 7 best places to retire in Connecticut.

For this list, we took a list at all of Delaware’s cities, since there are only three counties in this small state. To make things a bit easier, we decided to only take into consideration cities with at least 5,000 citizens. Then, we checked out the median home price in these areas, the average commute time, the cost of living index and the crime index for each of them. We handed out points and came up with the final ranking. The data comes from Sperling’s Best Places which mixes data from various governmental sources, including the Census Bureau and the FBI, to name a few.

Without further ado, here are the 10 best places to retire in Delaware.