We can’t all be amazing at math, which is why the 10 best mathematicians in the world today are so impressive.

I’m a pretty right-brained person; therefore, math is not my forte. I took the AP A/B Calculus test in high school and passed, but I didn’t retain anything. I don’t know how I did so well in that class all year considering I didn’t even bother to learn the unit circle. I’m jealous of people who are actually good at math or science. It seems nice to be able to look at numbers and stuff and not feel like dying. 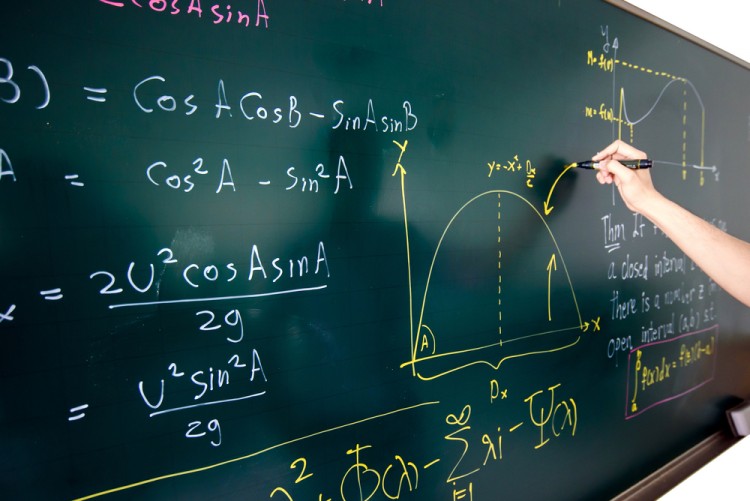 The University of Oregon says that the roots of establishing mathematics go back 5,000 years to the Sumerians. The trails do, however, go back even further and researchers found samples of 11,000-year-old tokens that were used as one of the first code systems for reading, writing, and mathematics.

There are a few ways to solve math problems, but they all pretty much include six steps: posing the problem, defining the problem in a model, using the algorithm to solve the problem, getting the result, checking if the model was solved correctly, and checking the whole process. This is very important for professions like economists, statisticians, teachers, computer programmers, and cryptographers. Famous Mathematicians gave us insight on the main topics in math besides numbers like algebra. There’s also geometry, calculus, logic, number theory, and probability and statistics.

Throughout history there have been many important people who specialized in math and made a lot of developments, starting with Pythagoras, who is best known for his theorem a²+b²=c². Two centuries later came Euclid, the Father of Geometry. His famous system, known as Euclidian geometry, includes axioms, which are statements that are taken to be true and theorems taken from them. Another Greek, Archimedes, provided the exact number of the constant pi. His compatriot Eratosthenes invented the perfect algorithm for finding prime numbers. Modern accountants can thank Italian Friar Luca Pacioli for inventing the bookkeeping methods that are still in use even six centuries later. Then we have Pascal’s and his triangle, Albert Einstein, Alan Turing, John von Neumann, Maria Agnesi, Sophie Germain, Emmy Noether, Hypathia of Alexandria, Émie du Châtelet, Ada Lovelace, Sofia Kovalevskaya, Mary Cartwright, Julia Robinson, and others. For more examples, check out our list of the 10 Most Famous Female Mathematicians in the 21st Century.

Math with Bad Drawings made a compilation of interesting drawings that shows us what makes a great mathematician. In every case, great mathematicians wonder why something is the way it is and pick the most unusual tools to resolve the issue. They make every problem more complicated in order to prove that it can always be solved. Most importantly, they’re not reinventing or improving something that already exists — they’re searching for things that no one before them has tried.

Math World gives us a good insight on some of the highest prizes awarded in math. Among the most important are the Fields Medal, Wolf Prize, Leroy P. Steele, Bocher, Cole and Delbert Ray Fulkerson Prize, and the Clay research award.

In order to compile the following list, we checked out Aneki and similar sources and ranked by the number of awards received. Get your pencils and calculators ready for the best mathematicians in the world today.