MoneyGram is the second largest money transfer company worldwide with more than 310,000 agent locations including retailers, international post offices, and financial institutions across 197 countries and territories. For the the full year 2012, the company reported $1.3 billion in total revenue and $0.69 loss per diluted share. Recently, MoneyGram signed a strategic partnership with WoldPay, an electronic payment processing company to expand its direct-to-account money transfer service to almost 50 countries worldwide. The company also renewed its agreement with Wal-Mart Stores, Inc. (NYSE:WMT) to continue as the “preferred provider” of money transfer services at the retail giant’s stores. Wal-Mart will receive certain fees and commissions for each money transfer, bill payment, and money order transactions made at its agent locations.

On the other hand, Western Union is the world’s largest money transfer provider with more than 510 agent locations in 200 countries and territories. In 2012, the company completed 231 million consumer-to-consumer transactions and moved $79 billion principal between customers. The company reported $5.7 billion in revenue and $1.69 GAAP earnings per share. Western Union said its consumer-to-consumer revenue declined by 2% on a reported and constant currency basis. The company plans to improve its consumer value proposition by expanding its agent network further and its digital and electronic account based money transfer.

Xoom does not have agent locations to receive cash and facilitate the money transfer therefore; it does not pay any commission unlike MoneyGram and Western Union. This allows Xoom to charge lower transaction fees (a flat rate of $4.99 to send up to $2,999) than its competitors, which is a great advantage. Consumers prefer lower transaction fees to increase the amount of money they can send to their love ones

John Kunze, CEO of Xoom said that the main goal of the company is to become a disrupter and become the leader in the global money transfer business. According to him, the company is investing in customer acquisition for long-term growth. He also pointed out the Xoom has the fastest and most convenient money transfer transaction because it is available to customers via internet and mobile anytime.

PrivCo CEO, Sam Hamadeh opined that Xoom has loyal customers. He pointed out that the company has a high rate of repeat customers and its revenue growth from 2011 to 2011 was 60 percent. These factors “reassure IPO investors that Xoom will have solid quarterly earnings visibility.”

Will XOOM continue to go sky-high? I believe there is a great possibility. Xoom will grow to be a big company. It has been successful in creating brand awareness globally and developing partnerships in the markets where it operates. Its money transfer transaction is fast, efficient, and cost effective, which attracts new customers and keep them coming back.

The article XOOM Soars At IPO: Will It Continue To Go Up? originally appeared on Fool.com and is written by Marivic Cabural. 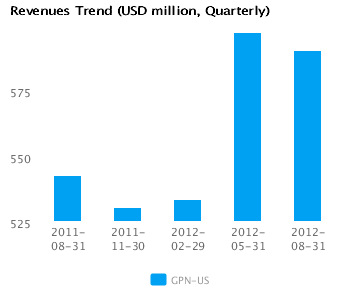 Should You Buy Western Union After the Drop?
Monthly Newsletter Strategy
Download a free copy of our newsletter and see the details inside!
Hedge Fund Resource Center
Billionaire Hedge Funds