Few sectors see as many stocks gaining in the double-digits each week as health care. The past week proved to be no exception. Here are three of the most humongous health-care stocks over the last five days.

The company said that encouraging interim results came in from a phase 2 study of gevokizumab in treating moderate to severe acne vulgaris. It also announced preliminary data from another phase 2 study of the drug in treating Behçet’s uveitis conducted by its French partner, Servier.

Results from the Servier study were enough to prompt financial-services firm Ladenburg Thalmann to increase its price target for Xoma Corp (NASDAQ:XOMA) from $5 to $6 per share. Ladenburg sees the phase 2 news as a good omen and thinks there could now be lower risk associated with an upcoming phase 3 trial for gevokizumab.

Surprise, surprise
A great year got even better for health-information provider WebMD Health Corp. (NASDAQ:WBMD). The company reported first-quarter results this week that surprised the market with higher revenue and net income than were expected. Shares were up nearly 17% for the week.

WebMD Health Corp. (NASDAQ:WBMD) announced a loss for the first quarter of $0.03 per share. That surprised analysts, who were expecting a $0.15-per-share loss. The figure also reflects considerable improvement over the $0.14-per-share loss from the same period in 2012.

Observers got one other surprise. WebMD Health Corp. (NASDAQ:WBMD) announced the departure of its CEO, Cavan Redmond. David Schlanger, who previously served the company as senior vice president of strategic and corporate development, will replace Redmond on an interim basis.

Top line makes everything fine
Sequenom, Inc. (NASDAQ:SQNM) lost more money in the first quarter than it did in the same period last year. The life-sciences company also missed the average analyst earnings estimate. Did shares fall? Nope — they jumped 14%.

Strong top-line growth appears to be the catalyst for Sequenom, Inc. (NASDAQ:SQNM). The company reported first-quarter revenue of $38.5 million, a whopping 158% year-over-year increase. Its diagnostic services revenue grew 38% from the fourth quarter of 2012.

Sequenom, Inc. (NASDAQ:SQNM)’s MaterniT21 Plus fetal test saw exceptionally strong results. CEO Harry F. Hixson Jr. said that 35,000 of these tests were accessioned during the first quarter, bringing the total volume since the product was launched in late 2011 to more than 100,000. Hixson also noted that company has made significant process in obtaining approval for reimbursement of MaterniT21 Plus.

Staying power
Which of this week’s humongous performers is most likely to keep good news flowing for investors? All three potentially could continue rewarding shareholders.

Overall, though, I give the nod to WebMD Health Corp. (NASDAQ:WBMD). The company experienced a dismal 2012, but things are looking up. It has a strong brand and the CEO change is a good move in my view.

Fool contributor Keith Speights and The Motley Fool have no position in any of the stocks mentioned. 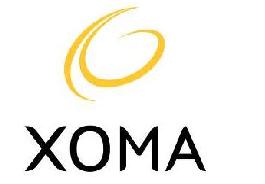