Have you ever wondered which are the world’s most expensive desserts? Donuts, macaroons, sundaes, cupcakes, and puddings are amongst some of the priciest desserts on Earth. But these delights are far from ordinary: imported cacao, rare chocolate, edible gemstones, and high-end champagne are just some of the elements used to craft these heaven-like plates.

If you are a luxurious foodie with a sweet tooth, make sure you check out our list of the Most Expensive Cupcakes in the World. 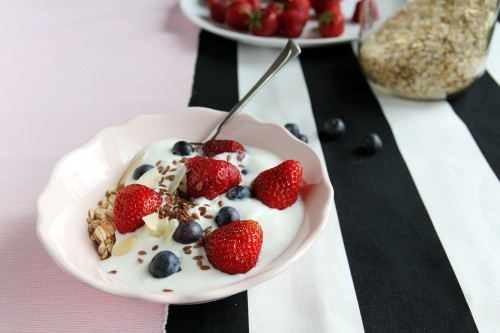 Las Vegas’ Sweet Surrender sells a very special cupcake at $750. This unique Nevada treat has edible gold flakes, Tahitian gold vanilla caviar, a Cognac that’s a hundred years old, and exceptional Venezuelan chocolate amongst its ingredients. It definitely sounds tempting, but with that price tag on it not everyone will be able to have a taste.

New York City holds one of the most expensive desserts in the world, and it is served at the famous Serendipity 3. You have to pay $1000 to enjoy the over-the-top Golden Opulence Sundae, and  as its ingredients are so exclusive you have to order it at least two days in advance. Amadei Porcelana, Venezuelan Chuao chocolate, Tahitian Vanilla ice-cream, 23-carat gold leaf, Grand Passion caviar, and gold-coated almonds are just some of the surprises you’ll encounter in this sweet delight.

Unveiled at the upmarket London department store Selfridges, the world’s most expensive donut costs $1,682. The luxurious creation comes paired with an equally exclusive cocktail, and believe me, it is no easy task to live up to the expectations of such a dessert. Dom Perignon champagne jelly, gold leaf, and edible diamonds  are what make this donut so pricey.

Crafted by the renowned French pastry chef Pierre Hermé, the Macaroons Haute Couture are some of the world’s most expensive desserts. A kilo of this very special and unique creation costs around $7,000, not that much if you take into account the private interview with the chef himself after which he conceives a special batch of delicacies just for you.

At The Fortress, a luxury resort in Sri Lanka, you can order one of the most expensive desserts in the world. It costs $14,500 and it is called the Stilt Fisherman Indulgence. Basically an Italian cassata, this dessert is champagne based and has a gold leaf, Irish cream, mango, pomegranate, a fisherman’s chocolate sculpture, and it is garnished with an aquamarine gemstone.

Burger Kings: The 10 Most Expensive Burgers in the World
Monthly Newsletter Strategy
Download a free copy of our newsletter and see the details inside!
Hedge Fund Resource Center
Lists