You’re lounging on a beautiful beach while the bright Caribbean sun beats down on you from above. The beach is completely secluded (if you want it to be), your own private slice of paradise. Behind you, a luscious tropical forest to explore at your leisure, filled with wondrous creatures, amazing discoveries, and not the least bit of danger.

Is it the ultimate vacation trip, put together by some hotshot travel agency that serves the capricious whims of the exorbitantly wealthy? Not quite (although they’re surely out there). In this case, it’s simply a VR headset that you plonk on top of your noggin, allowing you to be whisked away to literally anywhere in the world (or outside of it) within seconds. Turn it on, choose your destination, and you’re there, fully immersed in the sights, sounds, smells, and even the touch of the virtual reality laid out before your eyes.

No more packing your bags, finding some poor sap to feed your parakeet for two weeks, or waiting hours for takeoff because someone was speaking Arabic and someone else didn’t like it. Terrible weather? Never. Lousy service? Forget about it. Heck, you don’t even need a translator, as no matter where you virtually roam you can communicate with everyone effortlessly. Why would anyone ever go on a real vacation ever again? 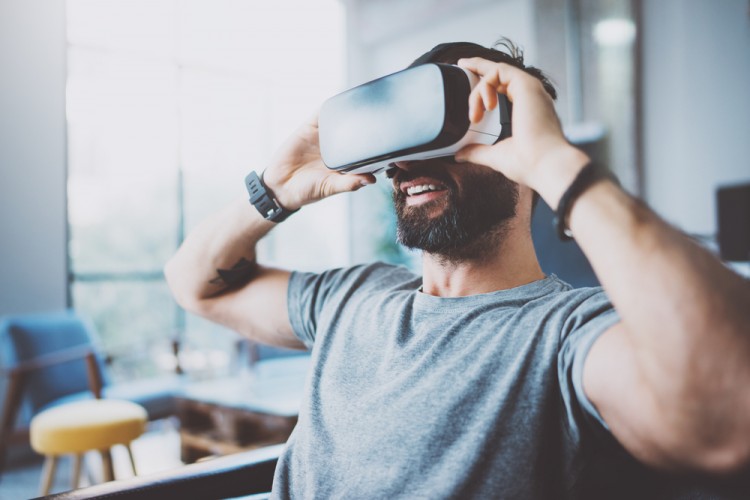 Last year, Brian Krzanich, the CEO of chipmaker Intel Corporation (NASDAQ:INTC) showed off stunning VR demos to a room full of reporters at CES 2017 using Facebook Inc (NASDAQ:FB)‘s Oculus Rift headsets. The demos included an immersive parachuting demo and what he described as “the world’s first walk-around video experience”, allowing those assembled to explore a flawlessly reproduced virtual environment depicting a Vietnamese waterfall. Krzanich stated that VR will allow us to have the same kind of travel experiences as the real McCoy, all from the comfort of our living rooms.

Nor is it just the leisure travel industry that will feel the pinch. The increased simplicity and affordability of holding business meetings in VR hangouts will also cut into the $390 billion business travel industry. Doghead Simulations is just one company working on developing VR meeting spaces, ones which allow users to give full presentations in VR.

Facebook CEO Mark Zuckerberg has predicted that VR technology could reach 1 billion people eventually and believes it will form the core of future social interactions.

But Will People Actually Take to VR Holidays?: The success of Sony Corp (ADR) (NYSE:SNE)‘s PlayStation VR headset, which has sold over 2 million units (and that despite shortages holding back sales) is stoking the belief that VR’s time is here in terms of public acceptance. However, the jump from video games on a TV screen to video games through a VR headset is a much smaller one than the one from real vacations to fake ones.

Will people be able to get the same enjoyment out of virtual vacations, knowing that no matter how perfect they are, they simply aren’t real? Undoubtedly, some (or many) will not. And if people don’t quite take to having VR vacations, it’s possible that VR will actually benefit the travel industry, being used as a tool to scout out potential destinations for a real vacation.

On the next page we’ll look at some compelling stocks in the VR space and see how world-class investors feel about the prospects of VR and travel stocks.