On Thursday, Palo Alto Networks Inc (NYSE:PANW) will release its latest quarterly results. Since going public last summer, the company has given back all of its initial surge following its IPO, with shares giving up a quarter of their value. 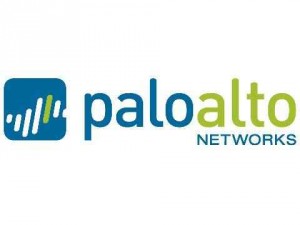 The popularity of the big data movement in the technology sector has created major opportunities for companies new and old, and Palo Alto Networks Inc (NYSE:PANW) has sought to earn a valued place in the industry with its security products. As more data flows through the Internet, securing it from unwanted predators will only get more important. Let’s take an early look at what’s been going on at Palo Alto Networks Inc (NYSE:PANW) over the past quarter and what we’re likely to see in its quarterly report.

Will Palo Alto Networks get out of its stock slump this quarter?

Over the past few months, analysts have been fairly stable in their views on Palo Alto Networks Inc (NYSE:PANW), keeping April-quarter earnings estimates but boosting fiscal 2013 and 2014 prospects by $0.01 per share. The stock, though, has continued its downward move, falling almost 15% since the end of February.

Palo Alto Networks Inc (NYSE:PANW) has huge appeal to tech investors despite its recent share-price setback. The rise in cyber-attacks on government and commercial websites and networks has refocused attention on the need for cybersecurity, and Palo Alto aims to provide the most up-to-date protection available by using cloud-based updates and upgrades to its security suite rather than building them directly into hardware solutions.

Given Palo Alto’s huge growth recently, some analysts believe it’s a logical takeover candidate in the hot industry. Check Point Software Technologies Ltd. (NASDAQ:CHKP) has seen sluggish growth lately, and buying Palo Alto would help it reinvigorate its upward trajectory and keep up with its own competition. Meanwhile, VMware, Inc. (NYSE:VMW) would make a reasonable buyer for the company as well if it decided that it wanted to provide its own vertically integrated proprietary network security into its products.

Here is What Hedge Funds Think About VMware, Inc. (VMW)Cisco Systems, Inc. (CSCO): Is The Company in Transition Mode?