News yesterday that Kirk Kerkorian has intentions to raise his stake in MGM Resorts International (NYSE:MGM) isn’t something investors should sweep under the rug before remembering what he has meant to the company over the years. Kerkorian isn’t as well known as Steve Wynn of Wynn Resorts, Limited (NASDAQ:WYNN), or Sheldon Adelson of Las Vegas Sands Corp. (NYSE:LVS), but he has played a similar visionary roll in MGM’s history. 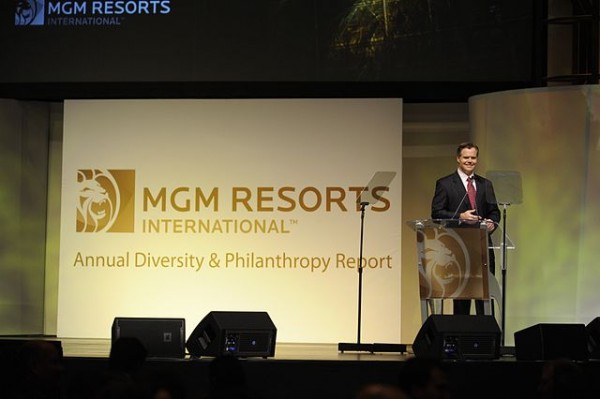 Kerkorian began his dealings in Las Vegas in 1962 when he bought the land that Caesars Entertainment Corp (NASDAQ:CZR)’s flagship casino Caesars Entertainment Corp (NASDAQ:CZR) Palace sits on. When he sold the land to the company, he ended up building MGM Resorts International (NYSE:MGM) Grand, and naming it after the MGM movie studio, which he also owned. Decades later, Kerkorian was behind the merger of MGM Resorts International (NYSE:MGM) and Mirage, which was the company Steve Wynn built, bringing the Mirage, Bellagio, and Treasure Island into MGM.

If Kerkorian wants to increase his 18.6% stake in the company, he must be bullish on both Las Vegas and the economy as a whole.

Bullish on economy
Kerkorian last tried to up his stake in MGM Resorts International (NYSE:MGM) in 2006 when the economy and markets were going bonkers. After the financial collapse, he backed off MGM, but now that he’s on board, I think it’s a strong sign that one of Las Vegas’ biggest investors is bullish on the economy as a whole and, therefore, Las Vegas.

Kerkorian also has seats on the board, meaning he has insider access to MGM’s financials. Insider buying is often a very bullish sign for a stock, because insiders know things about a company’s operation that goes beyond what outside investors can know.

What this means for gaming stocks
Before you go out and buy a basket of gaming stocks, it’s important to understand the difference between MGM and other companies. Wynn and Las Vegas Sands are Asian-centric so, if Kerkorian is bullish on MGM Resorts International (NYSE:MGM), it doesn’t really mean anything for them. Caesars Entertainment Corp (NASDAQ:CZR) is in a similar position to MGM with high exposure to Las Vegas, but instead of having exposure to Macau, like MGM does, it has exposure to regional gaming in the U.S. If you’re bullish on Las Vegas, MGM is the way to go, not Caesars Entertainment Corp (NASDAQ:CZR).

The article Why Kirk Kerkorian Is Important to MGM Resorts originally appeared on Fool.com and is written by Travis Hoium.

Fool contributor Travis Hoium owns shares of Wynn Resorts, Limited. You can follow Travis on Twitter at @FlushDrawFool, check out his personal stock holdings or follow his CAPS picks at TMFFlushDraw. The Motley Fool has no position in any of the stocks mentioned.

Why Zynga Inc (ZNGA) is Overvalued with or without Online Poker