Why Disney, Devon and Three Other Stocks Are in Spotlight Today

It’s official. Interest rates in the United States will remain low for at least several more months, giving the global economy more time to recover. Although low rates are good news, the three indexes sold off after yesterday’s FOMC meeting and are down today as some traders evidently hoped for even more accommodating language that didn’t appear. Among the stocks trending in pre-market are Credit Suisse Group AG (ADR) (NYSE:CS), Walt Disney Co (NYSE:DIS), ASML Holding NV (ADR) (NASDAQ:ASML), Devon Energy Corp (NYSE:DVN), and Pioneer Natural Resources (NYSE:PXD). Let’s dive in and see what the smart money thinks of each stock. 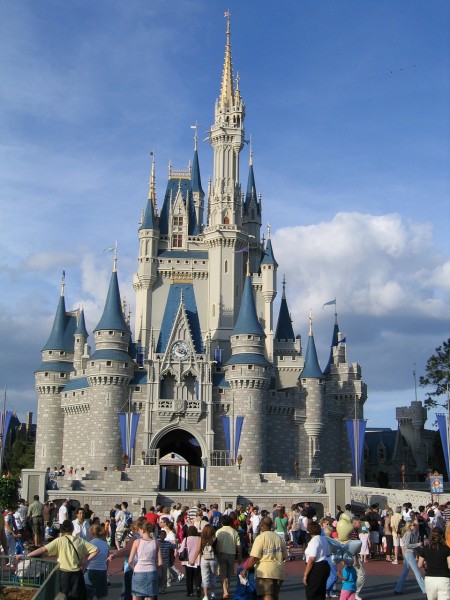 According to the Swiss National Bank, Credit Suisse Group AG (ADR) (NYSE:CS) will need to raise an additional 10 billion francs ($10.4 billion) to meet new financial regulation requirements. Although the amount needed is large, the company won’t be in a big financial pinch due to the regulation. Credit Suisse could potentially raise a substantial part of that requirement by issuing contingent convertible bonds. Credit Suisse needs more capital because Switzerland’s government finalized its too-big-to-fail rules last month, including requiring a 3.5% high equity common equity tier 1 ratio. Among the funds we track, 10 funds owned $191.76 million worth of Credit Suisse Group AG (ADR) (NYSE:CS)’s stock, which accounted for 0.70% of the float on March 31, versus three funds and $233.17 million, respectively, a quarter earlier. Shares of the Swiss bank are down by around 2% in pre-market.

A Beginning of an Era for Walt Disney

It’s a beginning of an era for Walt Disney Co (NYSE:DIS), as the company has officially opened its $5.5-billion Shanghai Disneyland for the first time. Shanghai Disneyland is Disney’s most capital intensive overseas investment and is the company’s first theme park in the burgeoning nation with hundreds of millions of middle income consumers. Disney bulls hope Shanghai Disneyland will be more successful than some of its other international theme parks and help deliver good returns for the diversified entertainment company. A total of 49 funds owned shares of Walt Disney Co (NYSE:DIS) at the end of the first quarter, down by two funds from the previous quarter.

On the next page, we examine ASML Holding NV (ADR), Devon Energy Corp, and Pioneer Natural Resources.
M&A at ASML

ASML Holding NV (ADR) (NASDAQ:ASML) is in the spotlight after agreeing to purchase Taiwanese company Hermes Microvision for 100 billion New Taiwan dollars ($3.1 billion). The acquisition is just the latest M&A deal in the consolidating semiconductor industry and should help ASML realize better margins with its existing business. ASML will finance part of the deal with debt and the transaction is expected to close in the fourth quarter. The number of funds tracked by us with holdings in ASML Holding NV (ADR) (NASDAQ:ASML) fell by one quarter-over-quarter to eight at the end of March.

Devon Energy Corp (NYSE:DVN) has pulled the trigger on the sale of a combined $858 million in non-core assets, with $435 million of those assets going to fellow independent, Pioneer Natural Resources (NYSE:PXD). According to the terms of the deal, Pioneer will acquire around 28,000 net acres in the Midland Basin for $435 million, subject to normal closing adjustments. Current net production in the acreage is around 1,000 BOE per day, with oil comprising around 70% of production. The vast majority of acreage is held by production. Following the transaction, Pioneer expects to increase its horizontal rig count to 17 rigs from 12 in Northern Spraberry/Wolfcamp and to raise its 2016 capex by $100 million to $2.1 billion. For 2017, Pioneer expects production growth ranging from 13% to 17% year-over-year. Devon now expects fiscal year 2016 upstream capex of $1.1 billion to $1.3 billion and full year production from core assets of 540,000-560,000 BOE per day, up $200 million and 7,000 BOE respectively from the previous guidance. Shares are Devon are up by 2%, while shares of Pioneer are down by 3% in the pre-market. Overall, 58 investors tracked by Insider Monkey had a long position in Devon Energy Corp (NYSE:DVN), while 61 funds were bullish on Pioneer Natural Resources (NYSE:PXD) at the end of March.