Why Are These Stocks in Spotlight on Thursday?

Markets opened higher on Thursday amid investors expecting the UK to remain in the EU following today’s referendum.

Some stocks are in the spotlight this morning, including General Electric Company (NYSE:GE), Caesars Entertainment Corp (NASDAQ:CZR), Twilio Inc (NYSE:TWLO), The Coca-Cola Co (NYSE:KO) and PepsiCo, Inc. (NYSE:PEP). Let’s find out what’s moving these stocks and see hedge funds sentiment towards them.

The smart money sentiment is an important metric that can be used to assess the long-term profitability of a stock. While there are thousands of stocks trading daily on the market, taking a look at what hedge funds think about certain companies can narrow down the search significantly. At Insider Monkey, we track more than 760 hedge funds, whose 13F filings we analyze as part of our small-cap strategy. Our research has shown that imitating a portfolio that includes the 15 most popular small-cap stocks among hedge funds can outperform the market by as much as 95 basis points per month on average (see more details here). 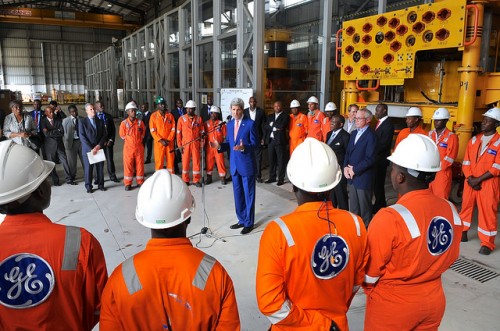 General Electric Company (NYSE:GE) is in the headlines on Thursday after the company announced that it had reached an agreement to sell French consumer credit business GE Money Bank to Cerberus Capital Management, a private equity firm. The sale ends net investment of approximately $4.6 billion as of the end of the first quarter, but the deal excludes $2 billion mortgage-loan portfolio, which will be sold separately. The latest sale is a part of General Electric’s plan to rigorously slash its financial services activities to focus on its industrial businesses. General Electric’s stock is up more than 1% in premarket trading today. Out of nearly 766 funds tracked by Insider Monkey, 64 funds were bullish on General Electric Company (NYSE:GE) at the end of March. Nelson Peltz’s Trian Partners owns around 74.24 million shares of the company.

Creditors Finally Get a Voice in Caesars Entertainment Bankruptcy

Caesars Entertainment Corp (NASDAQ:CZR) is on investors’ radars today after U.S. Bankruptcy Judge A. Benjamin Goldgar allowed the company’s creditors to start casting their votes on a Chapter 11 bankruptcy plan that details how they would be repaid. The creditors had accused the Las Vegas-based casino company of looting its operating unit of choice hotel and casino assets before filing for bankruptcy in January last year. Creditors should cast their votes by October 31. John Paulson’s Paulson & Co is one of the 19 funds from our database that reported stakes in Caesars Entertainment Corp (NASDAQ:CZR) as of the end of the first quarter.

On the next page, we will discuss shares’ movements of Twilio, The Coca-Cola Co. and Pepsi Co..

Twilio Inc (NYSE:TWLO), a San Francisco’s unicorn startup, has started trading on the New York Stock Exchange on Thursday. The company priced its IPO at $15 for each of its 10 million shares, raising $150 million and valuing the company at $1.2 billion. Twilio’s platform enables developers to incorporate phone calls and text messages in their apps.

Investors are watching The Coca-Cola Co (NYSE:KO), PepsiCo, Inc. (NYSE:PEP) and other beverage makers after San Francisco supervisors submitted a ballot measure to the San Francisco Department of Elections regarding levying tax on sugary sodas.  The city will vote in November about putting a penny-per-ounce tax on sugar-based beverages. The proponents of the tax argue that caloric drinks contribute to obesity, diabetes and other health problems. Hedge funds increased their hold on The Coca-Cola Co (NYSE:KO) in the first quarter and 62 funds from our system were long in the company, up from 51 funds a quarter earlier. On the other hand, 65 funds from our database were bullish on PepsiCo, Inc. (NYSE:PEP). Donald Yacktman’s Yacktman Asset Management is notable among these investors, holding more than 13.04 million shares of the company.