What Do Top Investors Think of These Two Upgraded Stocks?

General Electric Company (NYSE:GE), and Toll Brothers Inc (NYSE:TOL) are trending after analysts upgraded each stock on Tuesday. Given that analyst upgrades can change supply and demand for the better as well as increase forward EPS estimates and sentiment, let’s examine the upgrades in depth and see what the smart money thinks of both companies. 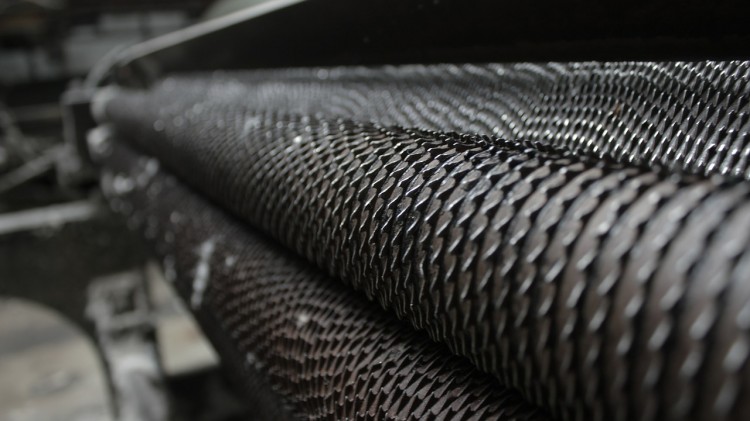 But why do we track smart money activity? From one point of view we can argue that hedge funds are consistently underperforming when it comes to net returns over the last three years, when compared to the S&P 500. But that doesn’t mean that we should completely neglect their activity. There are various reasons behind the low hedge fund returns. Our research indicated that hedge funds’ long positions actually beat the market. In our back-tests covering the 1999-2012 period hedge funds’ top small-cap stocks edged the S&P 500 index by double digits annually. The 15 most popular small-cap stock picks among hedge funds also bested passive index funds by around 53 percentage points over the 37-month period beginning from September 2012 (read the details here).

The analysts at William Blair upgraded General Electric Company (NYSE:GE) to ‘Outperform’ from ‘Market Perform’ and raised their price target to $32 from $30 on Tuesday. The analysts think General Electric’s data analytics business and its Alstom Energy acquisition could boost earnings more than expected. They believe GE’s stock could potentially reach $60 per share by the end of the decade.

William Blair isn’t the only General Electric optimist, as many hedge funds from our database also own shares of General Electric. Of the around 730 funds from our database, 70 funds held $3.72 billion worth of the company’s shares at the end of June (representing 1.4% of the float), up from 62 funds and $3.13 billion a quarter earlier.  Ken Fisher‘s Fisher Asset Management upped its stake by 2% on the quarter to 30.71 million shares, while Nelson Peltz’s Trian has recently bought a $2.5 billion stake in the company (see details).

At a forward P/E of 18.3 and a dividend yield of 3.28%, General Electric shares look attractive, particularly as the U.S. economy picks up steam and management uses its GE Capital sale proceeds to buy back tens of billions of dollars worth of stock in the next three years. General Electric has a world class workforce, leading positions across the industrial landscape, and is led by a management team focused on delivering long-term shareholder value. We’re big fans of the company’s decision to transition from financial services to innovation and industrials and we think the market will reward General Electric’s move with a higher valuation multiple over time. Nelson Pelz’s 1% stake in the company also doesn’t hurt, as he could ask management to enact more shareholder friendly activities in the event General Electric stock sinks.

In other news, the analysts at Morgan Stanley upgraded Toll Brothers Inc (NYSE:TOL) to ‘Overweight’ from ‘Equal-Weight’ and increased their price target to $44 from $39. Housing starts are hot as the U.S. economy rebounds and mortgage rates remain at a historically low rate. Demand could also be stronger than expected as home buyers snap up as many homes as possible before interest rates begin their inevitable path to normalization. Shares of Toll Brothers are up 8.23% year to date, and could rally further given the highly cyclical nature of the sector. At a forward P/E of 13.6, Toll Brothers trades in line with Lennar Corporation (NYSE:LEN). On the next page, we will examine the hedge fund sentiment towards the luxury home builder.

Our data show hedge funds from our database like Toll Brothers Inc (NYSE:TOL) as 33 funds held long positions worth $569.85 million (equal to 8.5% of the float) at the end of June, up by three on the quarter. Ross Margolies’s Stelliam Investment Management increased its position by 15% to 1.39 million shares, while Ken Heebner’s Capital Growth Management kept its stake the same at 6.3 million shares. Billionaire George Soros‘ Soros Fund Management kept its holding at 664,000 shares.

These Two Stocks are in Spotlights Today for Very Different Reasons
Monthly Newsletter Strategy
Download a free copy of our newsletter and see the details inside!
Hedge Fund Resource Center
Related News
Do Hedge Funds Agree with Jim Cramer on These Hot Stocks? Will the Entrance of a New Activist Change Hedge Funds’ Mind about GE? Hedge Funds are Bullish on Just One of These Three Upgraded Stocks What Do the World’s Greatest Investors Think of This Metamorphizing Conglomerate 5 Companies That May Suffer From A Potential Rate Hike General Electric Company (GE) Down On Capital One Financial Corp. (COF) Deal, but Hedge Funds Like Its Refocus on Core Businesses What’s Next for Rolls-Royce Holding PLC (RR) after ValueAct Raises Stake to 5%? 7 Chemicals in Cigarettes That Cause Cancer 15 Most Prolific Serial Killers of All Time 17 Easiest 2-3 Ingredient Cocktails Anyone Can Make At Home
Billionaire Hedge Funds