Southwest Airlines Co. (NYSE:LUV) has seen a decrease in enthusiasm from smart money in recent months. LUV was in 40 hedge funds’ portfolios at the end of December. There were 41 hedge funds in our database with LUV holdings at the end of the previous quarter. Our calculations also showed that LUV isn’t among the 30 most popular stocks among hedge funds. 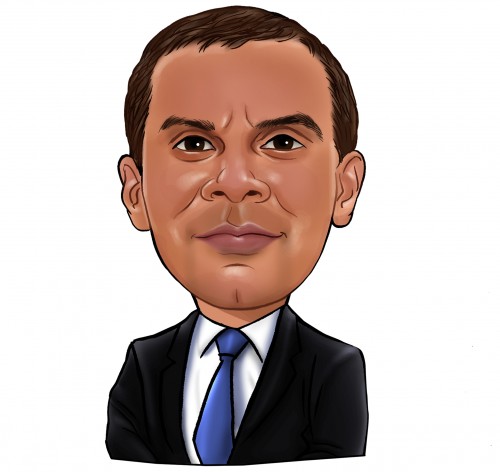 Heading into the first quarter of 2019, a total of 40 of the hedge funds tracked by Insider Monkey held long positions in this stock, a change of -2% from one quarter earlier. The graph below displays the number of hedge funds with bullish position in LUV over the last 14 quarters. So, let’s review which hedge funds were among the top holders of the stock and which hedge funds were making big moves. 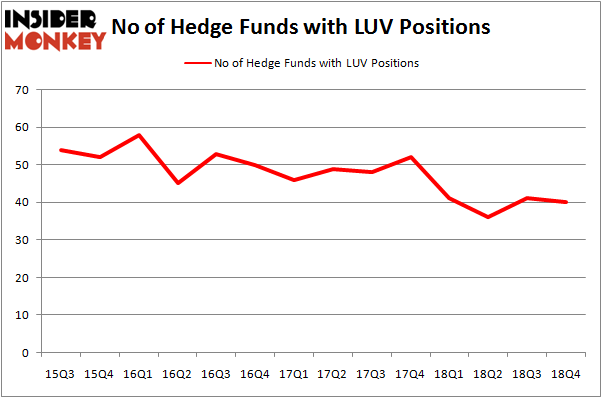 Among these funds, Berkshire Hathaway held the most valuable stake in Southwest Airlines Co. (NYSE:LUV), which was worth $2549.3 million at the end of the third quarter. On the second spot was AQR Capital Management which amassed $280.8 million worth of shares. Moreover, PAR Capital Management, Millennium Management, and Two Sigma Advisors were also bullish on Southwest Airlines Co. (NYSE:LUV), allocating a large percentage of their portfolios to this stock.

Due to the fact that Southwest Airlines Co. (NYSE:LUV) has faced declining sentiment from the aggregate hedge fund industry, it’s easy to see that there exists a select few funds that decided to sell off their full holdings in the third quarter. Intriguingly, Steve Cohen’s Point72 Asset Management sold off the biggest stake of the “upper crust” of funds followed by Insider Monkey, valued at close to $71.1 million in stock. Robert Polak’s fund, Anchor Bolt Capital, also dropped its stock, about $54.4 million worth. These bearish behaviors are interesting, as total hedge fund interest was cut by 1 funds in the third quarter.

As you can see these stocks had an average of 17.25 hedge funds with bullish positions and the average amount invested in these stocks was $605 million. That figure was $3809 million in LUV’s case. TE Connectivity Ltd. (NYSE:TEL) is the most popular stock in this table. On the other hand Perusahaan Perseroan (Persero) PT Telekomunikasi Indonesia Tbk (NYSE:TLK) is the least popular one with only 6 bullish hedge fund positions. Compared to these stocks Southwest Airlines Co. (NYSE:LUV) is more popular among hedge funds but hedge fund sentiment has been declining since 2015. Our calculations showed that top 15 most popular stocks among hedge funds returned 19.7% through March 15th and outperformed the S&P 500 ETF (SPY) by 6.6 percentage points. Unfortunately LUV wasn’t in this group. Hedge funds that bet on LUV were disappointed as the stock returned 10.9% and underperformed the market. If you are interested in investing in large cap stocks, you should check out the top 15 hedge fund stocks as 13 of these outperformed the market.