Were Hedge Funds Right About Dumping Antero Midstream Corp (AM) ?

The Insider Monkey team has completed processing the quarterly 13F filings for the June quarter submitted by the hedge funds and other money managers included in our extensive database. Most hedge fund investors experienced strong gains on the back of a strong market performance, which certainly propelled them to adjust their equity holdings so as to maintain the desired risk profile. As a result, the relevancy of these public filings and their content is indisputable, as they may reveal numerous high-potential stocks. The following article will discuss the smart money sentiment towards Antero Midstream Corp (NYSE:AM).

Antero Midstream Corp (NYSE:AM) has experienced a decrease in enthusiasm from smart money in recent months. Our calculations also showed that AM isn’t among the 30 most popular stocks among hedge funds (view the video below). 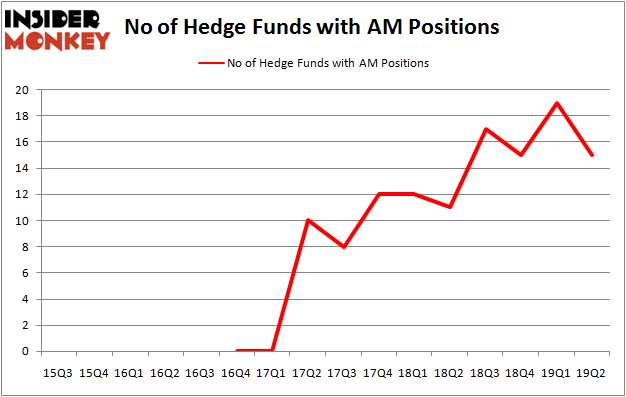 Unlike some fund managers who are betting on Dow reaching 40000 in a year, our long-short investment strategy doesn’t rely on bull markets to deliver double digit returns. We only rely on hedge fund buy/sell signals. We’re going to go over the latest hedge fund action surrounding Antero Midstream Corp (NYSE:AM).

How have hedgies been trading Antero Midstream Corp (NYSE:AM)?

Heading into the third quarter of 2019, a total of 15 of the hedge funds tracked by Insider Monkey were bullish on this stock, a change of -21% from one quarter earlier. By comparison, 11 hedge funds held shares or bullish call options in AM a year ago. With hedgies’ sentiment swirling, there exists a few notable hedge fund managers who were boosting their stakes significantly (or already accumulated large positions). 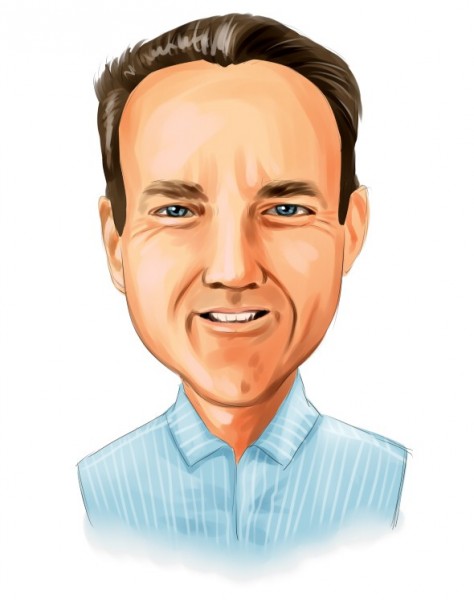 Seeing as Antero Midstream Corp (NYSE:AM) has experienced bearish sentiment from the smart money, we can see that there lies a certain “tier” of funds who were dropping their full holdings last quarter. It’s worth mentioning that Peter Rathjens, Bruce Clarke and John Campbell’s Arrowstreet Capital sold off the biggest investment of the “upper crust” of funds monitored by Insider Monkey, worth an estimated $26.5 million in stock. Guy Shahar’s fund, DSAM Partners, also cut its stock, about $5.2 million worth. These moves are intriguing to say the least, as aggregate hedge fund interest dropped by 4 funds last quarter.

As you can see these stocks had an average of 27 hedge funds with bullish positions and the average amount invested in these stocks was $487 million. That figure was $234 million in AM’s case. World Wrestling Entertainment, Inc. (NYSE:WWE) is the most popular stock in this table. On the other hand Vipshop Holdings Limited (NYSE:VIPS) is the least popular one with only 17 bullish hedge fund positions. Compared to these stocks Antero Midstream Corp (NYSE:AM) is even less popular than VIPS. Hedge funds dodged a bullet by taking a bearish stance towards AM. Our calculations showed that the top 20 most popular hedge fund stocks returned 24.4% in 2019 through September 30th and outperformed the S&P 500 ETF (SPY) by 4 percentage points. Unfortunately AM wasn’t nearly as popular as these 20 stocks (hedge fund sentiment was very bearish); AM investors were disappointed as the stock returned -33.6% during the third quarter and underperformed the market. If you are interested in investing in large cap stocks with huge upside potential, you should check out the top 20 most popular stocks among hedge funds as many of these stocks already outperformed the market so far in 2019.

Hedge Funds Have Never Been This Bullish On Synopsys, Inc. (SNPS)
Monthly Newsletter Strategy
Download a free copy of our newsletter and see the details inside!
Hedge Fund Resource Center
Related News
Hedge Funds Have Never Been This Bullish On Antero Midstream Corp (AM) Did Hedge Funds Drop The Ball On American Greetings Corporation (AM) ? Is American Greetings Corporation (AM) Going to Burn These Hedge Funds? Friday’s Most Buzzworthy Stocks: Antero, Valeant, Southwestern Energy, More PayPal, Portola Pharmaceuticals, Antero Midstream, Lannett and California Resources Are All Down Today: Here’s Why Zumiez Inc. (ZUMZ): Hedge Funds Are Bullish and Insiders Are Undecided, What Should You Do? Is Titan Machinery Inc. (TITN) Going to Burn These Hedge Funds? 11 Largest Auto Insurance Companies In The US In 2019 10 Poorest Cities in America in 2019 8 Lowest Tar and Nicotine Cigarette Brands in 2019
Billionaire Hedge Funds