The shares of Wendys Co (NASDAQ:WEN) declined 3.55% after the company released the preliminary results of its Dutch auction tender offer. The auction closed at midnight on June 30, 2015 and the restaurant chain company tendered nearly 66.6 million shares, as reported by the depository firm, American Stock Transfer & Trust Company, LLC. Wendys Co (NASDAQ:WEN) offered a purchase price of $11.45 for these shares and 36.9 million shares came along with the notice of guaranteed delivery. According to the tender offer depositors, the restaurant chain owner is expecting the acquisition of 55.8 million shares at this rate, with net expenses of $639.0 million, including the costs incurred in the tender offer. Together, these shares represent 15.3% of the total outstanding common shares issued by the company. Wendys Co will acquire as many as 18.4 million shares from Nelson Peltz‘s Trian Fund Management and its affiliates, collectively known as “Trian Group,” for $210.9 million. Shares of Wendys Co (NASDAQ:WEN) have grown by 18.91% year-to-date. 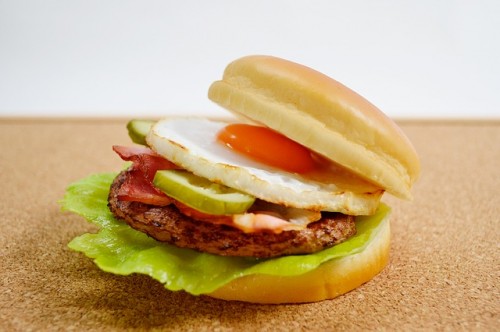 The tender offer is a part of Wendys’ $850 million stock repurchase program, which is targeted towards creating more shareholder value. Upon considering the hedge fund sentiment towards the company, most of the hedge fund managers were bearish towards it at the end of the first quarter, with 18 hedge fund investors making aggregate investments of $1.18 billion against investments from 27 hedge fund investors in the previous quarter holding $1.03 billion in stock. While the value of the funds’ holdings increased, shares of Wendys were up by over 20% during the quarter, which suggests there was some sell-off of shares, though not as deep as the 33% dip in fund ownership might suggest.

However, we don’t just track the latest moves of funds. We are, in fact, more interested in their 13F filings, which we use to determine the top 15 small-cap stocks held by the funds we track. We gather and share this information based on 16 years of research, with backtests for the period between 1999 and 2012 and forward testing for the last 2.5 years. The results of our analysis show that these 15 most popular small-cap picks have a great potential to outperform the market, beating the S&P 500 Total Return Index by nearly one percentage point per month in backtests. Moreover, since the beginning of forward testing in August 2012, the strategy worked brilliantly, outperforming the market every year and returning 135%, which is more than 80 percentage points higher than the returns of the S&P 500 ETF (SPY) (see more details).

We also track the latest insider action on companies to help us understand the sentiment of their potential and the willingness of executives to tie themselves even more to the success of the company and its shartes. The executives of Trian Fund Management have processed the majority of insider sales, with Edward P. Garden, Director at Wendys Co, selling 3.59 million shares on June 25, along with other major sales transactions processed by Nelson Peltz of Trian Fund.

Keeping this in mind, we’re going to take a gander at the fresh hedge fund action encompassing The Wendy’s Company (NASDAQ:WEN).