Waterfront Capital Partners is a long/short equity hedge fund founded in January 2010 by Eduardo Abush, an MBA from Stanford Graduate School of Business. The fund offers consulting and financial services to small- and medium-sized businesses. In the latest round of 13F filings, Waterfront Capital Partners disclosed an equity portfolio valued at $550.62 million, with a total of 46 positions. As shown in the filing, the fund’s portfolio is mainly focused on the finance and consumer discretionary sectors, which account for 43% and 36% of the portfolio’s value, respectively. In this article we’ll look at Waterfront Capital Partners’ holdings in the travel industry, with the largest stakes being represented by La Quinta Holdings Inc (NYSE:LQ), Royal Caribbean Cruises Ltd (NYSE:RCL), Starwood Hotels & Resorts Worldwide Inc (NYSE:HOT) and Chatham Lodging Trust (NYSE:CLDT). 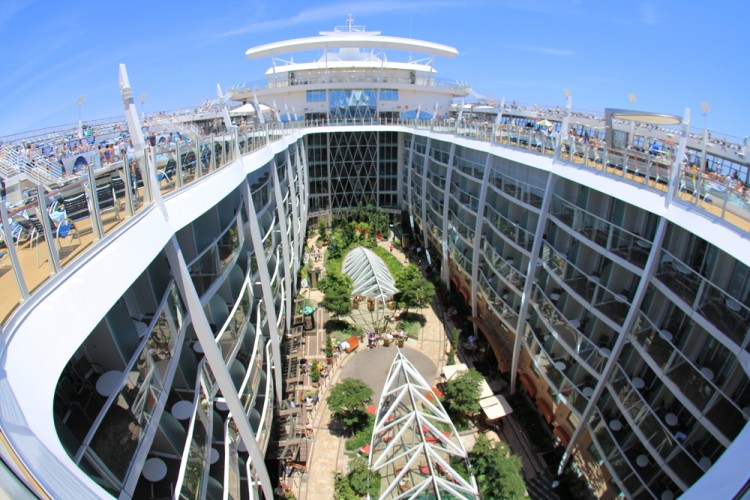 We track the activity of over 700 prominent investors because our research has shown that imitating a portfolio of the 15 most popular small-cap picks among hedge funds outperformed the market by an average of 80 basis points per month and generated a double-digit annual alpha. By comparison, the 50 most popular stocks among hedge funds overall had a monthly alpha of just six basis points and under-performed the market by seven basis points per month. Our small-cap strategy has returned over 135.0% over the last 2.5 years while the S&P 500 ETF (SPY) returned only 52.6% during that time (read more details here).

The largest position in Eduardo Abush’s portfolio as of the end of the first quarter is represented by La Quinta Holdings Inc (NYSE:LQ), a select-service hotels provider in the United States. Waterfront Capital Partners has increased its position in La Quinta Holdings Inc (NYSE:LQ) by 15% to 918,500 shares, valued at $21.75 million. The company has a market cap of $3.2 billion and its stock has gained more than 48% during the last 52 weeks. The company, managed by Wayne Goldberg, reported strong financial results for the first three months of 2015, with net income of $6.14 million or $0.05 per share. Aside from Waterfront Capital Partners, other shareholders of La Quinta Holdings Inc (NYSE:LQ) include Israel Englander’s Millennium Management, Ken Griffin’s Citadel Investment Group, and Curtis Macnguyen’s Ivory Capital.

During the first three months of 2015, Waterfront Capital Partners increased its stake in Royal Caribbean Cruises Ltd (NYSE:RCL) by 20% to 258,000 shares. Recently, the global cruise vacation company declared that it has entered into an agreement with shipbuilder Meyer Werft of Germany for the construction of a fourth Quantum-class ship, to be delivered in 2019. Royal Caribbean Cruises Ltd (NYSE:RCL) expects cumulative capital expenditures for the 2015-2019 years of $8 billion. The company posted net income of $45.2 million or $0.20 diluted earnings per share in the first quarter of the year, as compared to $26.5 million and $0.12 for the same period of 2014. Among the largest shareholders of Royal Caribbean Cruises Ltd (NYSE:RCL) are Donald Chiboucis’ Columbus Circle Investors, Brad Gerstner’s Altimeter Capital Management and Ken Griffin’s Citadel Investment Group.