As per the records of Forbes, Warren Buffett ranks fourth on the list of the richest billionaires in the world with a net worth of $71.3 billion. Buffett has amassed most of that wealth through running Berkshire Hathaway, the financial holding company which boasts an equity portfolio of $107.13 billion. The entire investment community keeps a close eye on the stock picks of Buffett and we’ll look at some of them today, specifically some of his mid-cap picks, which include DaVita HealthCare Partners Inc (NYSE:DVA), Verisign, Inc. (NASDAQ:VRSN) and M&T Bank Corporation (NYSE:MTB). 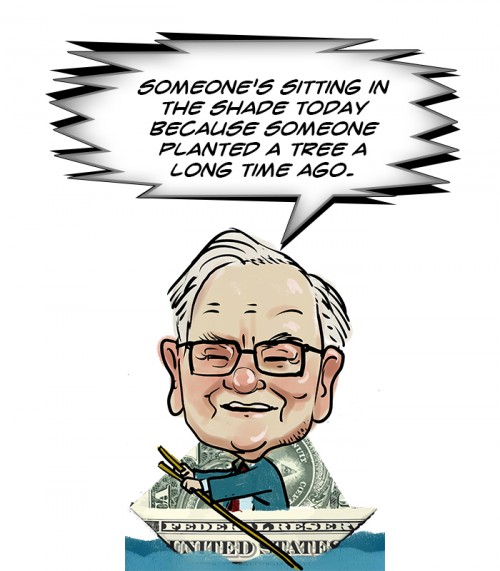 Why are we interested in the 13F filings of a select group of hedge funds? We use these filings to determine the top 15 small-cap stocks held by these elite funds based on 16 years of research that showed their top small-cap picks are much more profitable than both their large-cap stocks and the broader market as a whole. These small-cap stocks beat the S&P 500 Total Return Index by an average of nearly one percentage point per month in our backtests, which were conducted over the period of 1999 to 2012. Moreover, since the beginning of forward testing from August 2012, the strategy worked just as our research predicted, outperforming the market every year and returning 139% over the last 32 months, which is more than 80 percentage points higher than the returns of the S&P 500 ETF (SPY) (see more details).

DaVita HealthCare Partners Inc (NYSE:DVA) is the largest mid-cap stock holding of Warren Buffett, who owns 38.57 million shares valued at $3.13 billion. According to recent research from Novus, the long exposure of hedge funds in health care rose up to $289.67 billion in the first quarter of 2015 as the industry continues to perform strongly. The shares of DaVita HealthCare Partners Inc (NYSE:DVA) have been no different, having gained a solid 10.51% this year, pushing the kidney service provider’s market cap to $18.00 billion. In its latest quarterly financial results, the health care company met the expectations of the market with revenue of $3.29 billion against market estimates of $3.25 billion; revenue was also an improvement of 8.1% year-over-year. DaVita also reported EPS of $0.86 for the quarter, which was consistent with the market expectations. Andreas Halvorsen‘s Viking Global and Lone Pine Capital are major stockholders of DaVita HealthCare Partners Inc (NYSE:DVA).

Warren Buffett’s equity portfolio holds 12.99 million shares of Verisign, Inc. (NASDAQ:VRSN) valued at $869.61 million and it accounts for 0.81% of the overall value of the equity portfolio. Verisign, Inc. (NASDAQ:VRSN) has a market cap of $7.52 billion, fueled by its shares’ improvement of 12.47% in 2015. The shares of domain name provider are trading at $64.61, which is 5.30% lower than its 52-week high, with a P/E ratio of 25.43. The first quarter results of Verisign, Inc. (NASDAQ:VRSN) were aligned with the market’s expectations as the company reported EPS of $0.69, which was $0.15 higher than the first quarter of 2014. The quant funds Renaissance Technologies and D E Shaw each hold major stakes in the domain name provider.