Warren Buffett‘s Berkshire Hathaway‘s has substantially increased its exposure to Phillips 66 (NYSE:PSX) and in a new filing with the Securities and Exchange Commission, disclosed holding 57.98 million shares, amassing about 11% of Phillips 66’s outstanding stock. The investor has previously reported ownership of some 7.50 million shares of Phillips 66 in its 13F filing for the end of March, but in its latest 13F the position was omitted and an annotation to the filing stated that some of the confidential information was reported confidentially to the SEC. 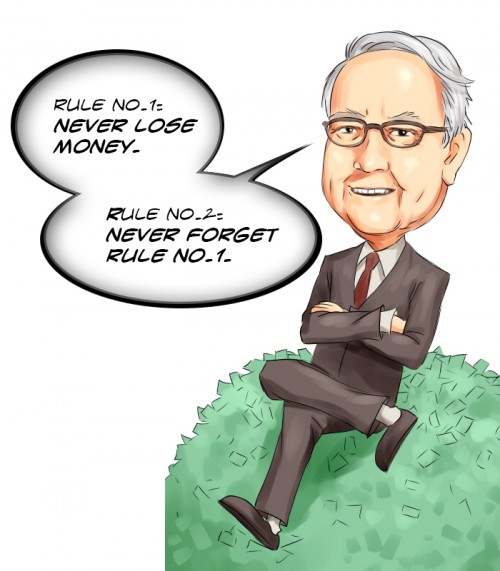 Warren Buffett is not just your average investor. His style has shades of contrarian investing, whereby he picks up companies at their ebb, when they have been cast aside by the rest of the market players, and then mints money when they rise to their past positions of prominence. A proponent of value investing, Buffett’s equity portfolio is characterized by a low turnover ratio and his top equity picks rarely change. At the end of the June quarter the market value of Berrkshire’s public equity portfolio stood at $107.18 billion, with 46% of investments in the finance sector and 23% in consumer staples.

Hedge funds have been underperforming the market for a very long time. However, this was mainly because of the huge fees that hedge funds charge as well as the poor performance of their short books. Hedge funds’ long positions performed actually better than the market. Small-cap stocks, activist targets, and spin offs were among the bright spots in hedge funds’ portfolios. For instance, the 15 most popular small-cap stocks among hedge funds outperformed the market by more than 80 percentage points since the end of August 2012 (read the details here). This strategy also managed to beat the market by double digits annually in our back tests covering the 1999-2012 period.

Considering interest from renowned investors like Dan Loeb of Third Point or T. Boone Pickens of BP Capital, we decided to take a closer look at Phillips 66 (NYSE:PSX) and found out that it is not just the cheap valuation of the stock, which trades at 11 times forward earnings, neither its dividend yield of 3%, that attract investors, but the company’s significant growth prospects.  Phillips 66 (NYSE:PSX)’s stock price has risen by nearly 8% so far this year, despite the current economic climate posing significant challenges for energy companies. While growth in China is as good as anyone’s guess, given the criticism the country’s latest GDP figures have received in terms of their veracity, the US-Iran deal hasn’t helped the oil price either. Against such a backdrop, Phillips 66 presents an interesting opportunity, which the likes of Warren Buffett have been quick to grasp.

In its financial results for the June quarter Phillips 66 (NYSE:PSX) delivered an EPS of $1.8, around $0.02 above the estimates. Moreover, for the last four quarters, the company has exceeded the estimates with its financial results. Going forward, the main focus for Philips 66 is its two midstream projects, namely Sweeney Fractionator One and the Freeport LPG export terminal. While the mechanical completion of the former is expected this fall, the latter is more than half way through, with startup expected in the second half of 2016.