The year 2015 has been a rough one for Wal-Mart Stores, Inc. (NYSE:WMT) investors. Year to date the company’s stock price has fallen by nearly 30%. The company reported second quarter earnings on August 18th and they were below expectations. Its second quarter profit was $3.48 billion, down from $4.1 billion in the second quarter of 2014. In addition, the company lowered its 2015 fiscal year earnings projection from $4.70 to $5.05 per share to $4.40 to $4.70 per share. Investors were disappointed upon the release of these results, and by the end of the day the stock price fell 3% to $69.48. That is the lowest price that the stock has traded at in nearly 2½ years. 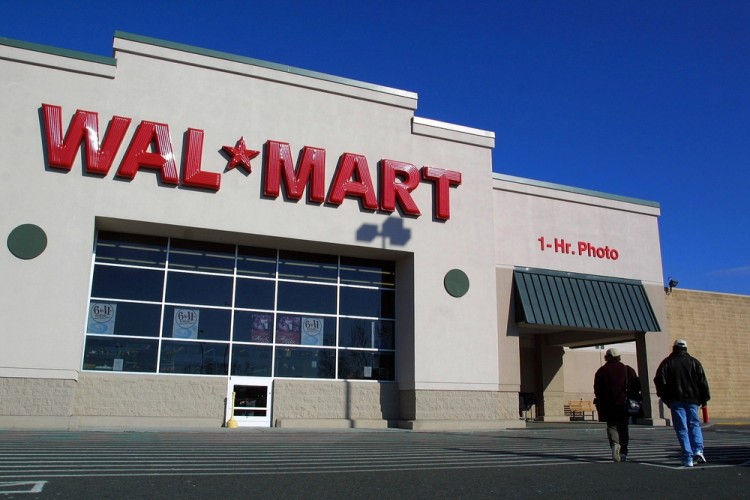 In the latest filings, Berkshire Hathaway remained a large holder of WMT with 60.4 million shares worth about $4 billion. Insider Monkey, known for its research (read the details here) showing that tracking hedge funds’ long positions can be beneficial, shows that Masters Capital had calls on about 6.8 million shares of WMT, and Alyeska Investment Group had a new position of calls on 5.6 million shares. Pzena Investment Management and First Eagle were also holders of WMT shares, placing them among the top ten shareholders with respect to hedge funds. Berkshire’s enduring investment in WMT should give investors confidence in their long positions in WMT and shows that value is to be had by investing in the company.

The problems for Wal-Mart are many. The first is fierce competition. Discount stores such as Dollar Tree, Inc. (NASDAQ:DLTR), Dollar General Corp. (NYSE:DG), and Target Corporation (NYSE:TGT) are eating into Wal-Mart’s business. These companies are smaller, leaner, and more aggressive than Wal-Mart. This is evident to these companies’ investors as their stock prices are up 37%, 17%, and 24%, respectively, over the last year. Wal-Mart, which gets about 55% of its business through the sale of groceries, has also been hurt by discount grocery chains such as Kroger Co (NYSE:KR), a low-cost alternative to Wal-Mart. Investors have bought into Kroger’s concept and consequently its stock price is up by nearly 34% over the last year. In addition, Whole Foods Market, Inc. (NASDAQ:WFM) is planning on opening up a chain of lower priced stores to challenge both Wal-Mart and Kroger.

The second problem that Wal-Mart faces is cost control.  While revenue was flat in the latest quarter, $120.2 billion versus $120.1 billion in 2014’s second quarter, operating expenses went from $23.4 billion last year to $24.1 billion. As a result, the company’s income from continuing operations was down by $454 million year-over year. Also, its operating margin has dropped to 5%, and there is very little chance that the company will be able to reduce costs anytime soon.

For instance, in February the company announced that it would increase the pay for all of its lower paid employees. Effective April 1st 500,000 Wal-Mart workers saw their pay raised to $9.00 per hour. In 2016, their pay will rise to $10.00 per hour. It is estimated that the pay raises will increase Wal-Mart’s payroll by about $1 billion per year.