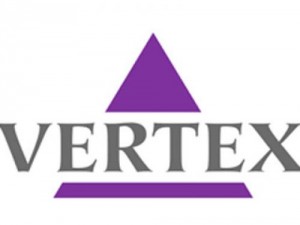 They’re demanding. They take risks — but only calculated ones. And they ask lots of penetrating questions to understand as much as possible before putting a dime on the line. Venture capitalists, or VCs, funded nearly 3,700 deals last year. Many of those deals will fail, but the ones that don’t could produce astronomical gains.

Investing in biotech stocks can be fraught with risk, but thinking like a venture capitalist can help increase the odds of success. Here are three VC principles that biotech investors should keep in mind.

1. Look for a disruptive technology that addresses an unmet need
Venture capitalists look for companies that target an unmet need and provide an innovative way to meet that need. The good news for prospective biotech investors is that there are plenty of companies fulfilling that criterion.

Perhaps the most obvious example of addressing an unmet need lies in targeting rare orphan diseases. For example, cystic fibrosis, while widely known, affects only around 30,000 Americans. Although some treatments exist to help improve qualify of life, there is no cure for the disease.

Vertex Pharmaceuticals Incorporated (NASDAQ:VRTX) focuses largely on cystic fibrosis. Shares have skyrocketed more than 130% since the biotech gained approval for Kalydeco from the U.S. Food and Drug Administration in January 2012.The good news for investors is that Vertex Pharmaceuticals Incorporated (NASDAQ:VRTX) has two other experimental drugs targeting cystic fibrosis that could eventually drive annual sales to $3 billion or more.

2. Bet on the jockey
Don’t bet on the horse; bet on the jockey. That old racing adage is at the forefront of the minds of many venture capitalists. Top management who have been successful in the past tend to continue their winning ways.

Research the management teams, especially the CEOs, of any biotech in which you’re considering buying shares. One striking example of the “bet on the jockey” philosophy is with MannKind Corporation (NASDAQ:MNKD). The company’s CEO, Alfred Mann, founded 17 companies over his career, amassing a net worth of over $1 billion in the process. Mann has used his personal fortune to keep MannKind Corporation (NASDAQ:MNKD) going during difficult times.

There aren’t many CEOs with that type of track record. However, several biotechs have CEOs who bring solid credentials to the table. While it isn’t always critical that a scientist be at the helm of a biotech, having a CEO who understands the company’s product in-depth as well as the industry helps.

3. Only invest where there’s solid potential for high returns
Venture capitalists only put their money at risk when they think the chances of high returns are solid. While they expect to lose sometimes, they never do it intentionally. Every investment needs to show good potential.

This can be particularly tricky in the biotech world. The good news, though, is that you don’t have to throw your money at a brand new start-up. You can wait until a company has some successes under its belt first.

Sarepta Therapeutics Inc (NASDAQ:SRPT) is a good case in point. When the biotech first began developing its Duchenne muscular dystrophy drug eteplirsen, there was no way to know how successful the effort would be.

Common theme
The common theme for all of these VC principles is risk management. Successful venture capitalists make money by effectively managing their risk. So do successful biotech investors.

Sometimes companies fail even though they have promising products that address unmet needs, great CEOs with impressive experience, and seemingly solid potential for high returns. It happens. That’s why VCs spread their money across multiple candidates. So should you.

The article Want to Invest in Biotech? Think Like a Venture Capitalist originally appeared on Fool.com and is written by Keith Speights.