Vermilion Energy Inc. (VET), Anadarko Petroleum Corporation (APC): Will Morocco Be the Next Hot Spot for Oil and Gas?

Angola has emerged as the new oil and gas powerhouse in Africa. Nigeria and Angola are the continent’s leading oil producers, followed by Algeria, Libya and Egypt. These are the five biggest African oil producers which have been enjoying the benefits of accounting for 85% of Africa’s oil production.

Morocco: An Angola in the making?

Several energy companies have turned their attention to Morocco lately, scouring the previously untapped land for precious oil and gas resources. Morocco enjoys political stability and operates under a constitutional monarchy and a democratically elected government. Can Morocco be the new Angola and join the group of top oil-producing African nations?

Morocco is neighboring the gas-rich Algeria and imports more than 90% of its gas and 99% of its oil. However, the country is stepping up its efforts to produce oil locally. The Hydrocarbon Law has been amended to improve terms, and oil and gas royalty rates don’t exceed 10% or 5%, respectively. The new entrants also benefit from a 10-year tax break. All the resources in Morocco are managed by the Office National des Hydrocarbures et des Mines (ONHYM). Through the state-owned ONHYM, Morocco owns 25% of the working interests in oil- and gas-fields development.

Morocco is one of the most under-explored nations with a significantly lower well density versus the global average. Few offshore wells have been drilled so far while the majority of onshore drilling was carried out in the 1960s and 1970s. Morocco has only 1.6 wells per 10,000 square kilometers of licensed offshore acreage, compared to the world average of 51, or 100 in Nigeria, by the same measure, according to research by Sanford C. Bernstein.

The area offshore the Atlantic coast comprises the Morocco Atlantic Margin shelf, which extends more than 3,000 km along the shore line. The exploration and production started in 1929 and increased to reach a peak of production of 8,400 bopd in 1970s.

According to Citigroup Inc (NYSE:C), oil companies are planning as many as 10 wells in Moroccan waters through 2014. That’s twice what was drilled in the past decade and represents the fastest pace opening wells since at least 2000.

Be proactive not reactive

Since “the early bird catches the worm”, let’s be proactive by taking a dive into the companies traded on the US markets that own significant acreage, gather seismic data, conduct geophysical surveys or are about to start soon their exploration programs in Morocco:

2) Freeport-McMoRan Copper & Gold Inc. (NYSE:FCX) has exposure to Morocco due to the recent acquisition of Plains Exploration and Production. Pura Vida was awarded 75% WI in the Mazagan permit in Q4 2011. It farmed in Plains Exploration in January for 52% WI. Plains paid $15 million cash and a carry-on up to $215 million for two wells and up to 2,500 square kilometers 3D seismic. These two wells are expected to cost $75 million to $80 million each ($150 million to $160 million total).

Plains brings its knowledge in salt-basin exploration from its experience in the US Gulf of Mexico, and is likely going to drill a well in 2014, targeting the Toubkal structure, which could contain 1.5 billion barrels of oil. 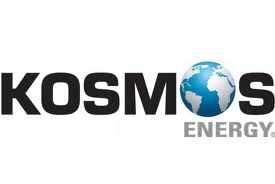